Two Point Hospital is an impressively-designed business simulator with one unfortunate annoyance: it came bundled with the controversial Denuvo anti-tamper software. Yet this concern was apparently short-lived. Less than a week after launch, the developer removed Denuvo through a Steam patch.

The news was spotted on Resetera (thanks RobotBrush). This Denuvo-removing patch will be available in a beta state before it is applied to the full game. The system will be replaced with Steam's standard DRM service. 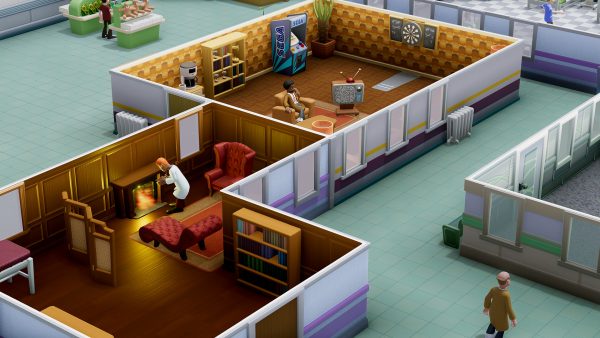 "We're 6 days into Two Point Hospital being out in the world and we find ourselves constantly blown away by your love and support for what we’re doing," Two Point Studios wrote in the update. "So THANK YOU so much, from all of us here at the Studio. Not ones to rest on our laurels, we’ve been hard at work improving the game and we’re ready to release a hotfix for a few issues that have cropped up in the last couple of days."

Outside of the standard DRM frustrations, Denuvo is controversial because of its alleged CPU usage. Denuvo has been accused of writing an excessive amount of data to hard drives, which can shorten the lifespan of solid-state drives. Denuvo has long denied these claims.

We've included the Two Point Hospital changes below. The game is available now for PC.