They say it's better to light a candle than curse the darkness. Martin Mathers grabs a candelabra and puts this theory to the test with From Software's hardcore epic, Dark Souls. 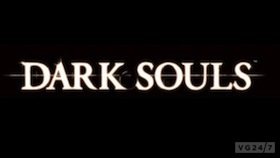 Due on PlayStation 3 and Xbox 360 in October.

Expected to be considerably more difficult, but kinder on newcomers, than its precursor.

If you blinked towards the end of June last year, chances are you missed the European release of Demon Souls. You could blame Namco Bandai for giving it the kind of fanfare you’d get from a five-year-old with a kazoo, but you could also be grateful it got any kind of release at all. Had it been left to Sony, the original Japanese publisher, you probably wouldn’t have ever seen it on our shores.

But where Namco Bandai was cagey with the release of Demon Souls, it’s taking a far bolder approach with the spiritual sequel, Dark Souls. Bolder in that it’s bringing the game to both PS3 and Xbox 360 this time, unlike Demon Souls’ PS3-only showing. Bolder thanks to an outright refusal to pander to a more mainstream market and make the game easier. And bolder because it’s releasing a huge swords-and-sorcery action RPG just four weeks before one of the most anticipated entries in the genre for years.

“We’re face-to-face competition against Elder Scrolls: Skyrim, which should be interesting,” admits Julien Ramette, product manager at Namco Bandai and one of the people pushing hard for Dark Souls to be a success.

“Basically though, Skyrim is a more relaxed experience and will be much more focused on the story – Demon Souls was never about the story, it was more about making your own adventure, your own path. And of course, Dark Souls will be like that only better.”

That’s some tough talk when comparing a niche franchise with one that’s loved around the globe. Still, tough talk comes with the territory when you’re talking Dark Souls – after all, few games are as brazen with their difficulty as this one is. But while the hardcore nature hasn’t been compromised in the hope of higher sales, at least developer From Software has made the odd concession to ease people in this time around.

“I believe it’ll be the same, if not harder than the first one, but that’s something we’ve warned the fans from the very start,” says Ramette, chuckling to himself. “However, it’s also less frustrating for newcomers to the series, initially at least.

"It's less frustrating for newcomers ... The beginning of Demon's Souls was nearly impossible."

"The beginning of Demon's Souls was nearly impossible and our market research shows that about 70 percent of gamers who played it stopped after three hours, because they couldn’t get past the first level. Now, the game is now more about free-roaming to a degree and you can choose your route through the levels more, so you have a wider range of possibilities which in turn makes the beginning of the game a tiny bit easier.”

Before anyone complains about compromise, such an olive branch shouldn’t be seen as a sign of weakness on FromSoftware’s part. The launch version of Dark Souls may come with a mini game guide to help people get to grips with the opening stages if they choose to use it, not to mention a slightly easier ride early on, but these concessions little more than a means of lulling players into a false sense of security.

Well, as much security as any game marketed with the phrase ‘Prepare to die!’ can offer, anyway.

Our experience with the game pretty much confirmed what we already knew: Dark Souls is a hard game. Having already watched the prepped demonstrator die multiple times during his well-rehearsed presentation, our hero – a pumped-up knight with an oversized sword and some interesting spells – didn’t fare much better despite us knowing what was coming. Snake men slashed us; giant boulders flattened us; a huge ogre mauled us. And the less said about the huge metal golem thing, the better.

But even though we could blame the choice of venue for our failure (‘It’s too noisy here! The heat is unbearable! This room smells of men and roast pork!’), the truth is that we were meant to fail. If we hadn’t, given that it was our first time playing… well, it wouldn’t have been a true successor to Demon Souls.

Just as before, Dark Souls is no ‘wade in, swords flying’ hack and slash affair. Every battle is a dance with death, every enemy a likely murderer. Awareness of your surroundings is paramount; swords swung near walls clang uselessly away from their target, ledges sit precariously waiting for you to step off them mid-fight. And knowing when to fight and when to flee is everything, since pretty much anything that moves is looking to slice you to ribbons.

Put simply, it’s the thinking gamer’s hack-’em-up; a game that requires as much brain as brawn. And, it would appear, a good pair of eyes as well.

“Dark Souls isn’t always just about skill, it’s also about the attention you pay to your surroundings,” says Ramette. “For example, the Mimic chest that we showed in the demo; if you pay really close attention, you can see the chest breathing and so by noticing this, you won’t get caught out by the trap.

"The same goes for the lift, because there’s blood splatter all over it – it’s advice, basically, to let you know that you could get hurt if you’re not careful. The whole game is made in this way; all the traps can be avoided if you’re really sharp.”

If paying attention isn’t really your thing though, at least there’s the option of having another player give you a helping hand. Dark Souls retains many of the co-op elements of its predecessor, including being able to view the moments leading up to other players’ death and reading messages (or leaving your own) that may or may not help. There’s also the ability to enter other people’s games competitively and hunt them down, but the emphasis this time around seems to be firmly on co-operative play.

“Without doubt, it’s much, much easier if you play while connected online,” insists Ramette. “For example, we showed a golem today that, if you’re playing as a pair, can be distracted by one person while the other one hits him.

"There’s been a huge focus on the online mode by the team, especially when you consider the Beacon Fire which is a place that acts like a checkpoint or a safe house – you can upgrade your character there, regain your health and meet up with other players online. We fully expect players to gather online and share experiences in these places, so they’re a great addition.”

Of course, none of this will come as any surprise to those who were lucky (sadomasochistic?) enough to experience Demon Souls – it’s more of the same, only nastier and on more formats. For those people though, Dark Souls offers plenty of new meat on the old bones.

New classes mix up the starting options, as does the ability to choose from a selection of abilities when you first create your character. New online functions also tie in solidly to the creation process too – for example, Demon's Souls world tendency system, which changed regularly based on player actions and determined the difficulty of each area, has been replaced by a process influenced by how you create your character. In fact, it seems the whole creative process has been completely overhauled, thanks mainly to From Software listening to fan criticism leveled at the first game.

One group that hasn’t been listened to all that much, however, is Namco Bandai itself. Wisely, the publisher picked its marketing team for the game as much for their talent as for their passion for the original game – Ramette himself admits to having played through Demon Souls three times, he’s that much of a fan. But even that wasn’t enough to hold sway with Demon's Souls creator Hidetaka Miyazaki in his aim to create a sequel that was both true to its roots and true to the fanbase who helped spawn it in the first place.

“We definitely pitched some ideas, yes, but Miyazaki-san is a strong guy,” admits Ramette. “He’s got a very precise idea of what he wants in his games – he’s not the kind of guy that appreciates marketing ideas, you could say.

"Miyazaki-san is a strong guy. He's got a very precise idea of what he wants in his games."

"But that’s what really makes the success of the license, I believe; he has a really strong vision of what makes a good video game, and that’s why this game is so different and hardcore. In the industry now, it’s all about accessibility and casual gameplay but unless you get it really right, that just ends up being boring and lifeless. Here, we’ve got a game with real challenge.”

And not surprisingly, that’s not all Dark Souls is promising. With its more open environment – not just in how it goes overground as often as it does underground, but also in that it’s now all one continuous world instead of specific areas – offering multiple path choices, expanded selection of weapons and abilities, as well as the army of new monsters and boss battles waiting to be experienced, it seems like From Software has really gone all out to top what was already a massive game aimed squarely at hardcore gamers. And, best of all, it’s done it without compromising what made the original so great in the first place.