When you think about the games that are pushing current-gen hardware to their very limits, Train Sim World probably isn’t up there at the top of your list.

But there’s a lot going on behind the scenes that makes them difficult to run.

During a recent interview with Dovetail Games’ CEO Paul Jackson, we spoke about how Train Sim World is evolving alongside games like Microsoft’s Flight Simulator, which uses new technology to create an almost photoreal representation of our world.

According to Jackson, because of the fact that none of it is faked in a train simulator - you really are travelling across hundreds of miles of track - these kinds of games really push consoles and PC to their limits. 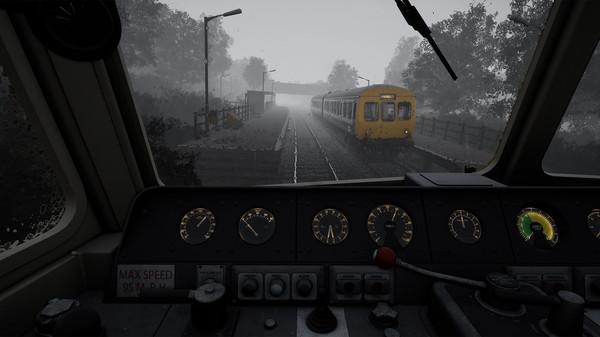 “Essentially, trains and flight simulation are similar in that they’re trying to be authentic,” Jackson explained. “They’re trying to be authentic to the real world, but the reality is that flying is about flying around the world, whereas trains really are very specific to their location and to the job they’re supposed to be doing. Whilst the underlying theory is the same, the actual practice is completely different.

“And so, I think being able to define and craft really specific areas, and make them as real to real life as we can, is the right thing for Train Simulator. In fact, at the moment, the biggest thing that determines what we can offer to our customers, is the power of the console. So our technology probably more than most technology, I won’t say all technologies, but most technology nowadays, we push the consoles. We even push PCs to their absolute limit of what they can manage because of the quality of the tracks we try and give customers, combined with the sheer scale of the content.

“We do bits of content about a hundred miles long. And then, the thing that nobody sees that is critical is the underlying simulation, and that’s just physics. We almost kill all the hardware platforms we are on by the sheer amount of reality we’re trying to physically recreate, and our physics engine is unbelievable for that.”

Train Simulator and Train Sim World use as few tricks as possible. When you use a train’s regulator, that sends a signal to a virtual control box, which sends a signal to the engine to power up. The engine then gives electricity to the traction motors and they whir into life. Each wagon is different and each adds a new memory burden to the hardware - it’s part of the reason why the DLC has to be delivered in chunks.

Dovetail says it is extremely excited about next-gen - it will allow the developer to push its simulations even closer to reality.