Total War: Warhammer 2 will grace your PC at the end of September.

Along with the release date, SEGA and the Creative Assembly announced the Deluxe Serpent God Edition for the game. Also, anyone who pre-orders or purchases any edition during the first week on sale will be handed an Early Adopter bonus.

This bonus is a free Race Pack DLC for the original Total War: Warhammer. This yet-to-be-revealed content for the first game will be out and playable before the second game is released.

Now, about that cool Deluxe Serpent God Edition for the game. 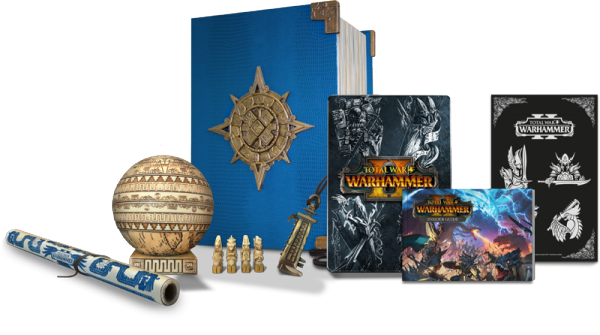 Limited to 1,000 copies, it comes in a scaled turquoise presentation box with stone-effect glyphs modeled on none other than Lord Mazdamundi's headpiece. But that's not all; here's more goodies you can expect to find in the $149 Serpent God Edition which is exclusive to the game's web store. 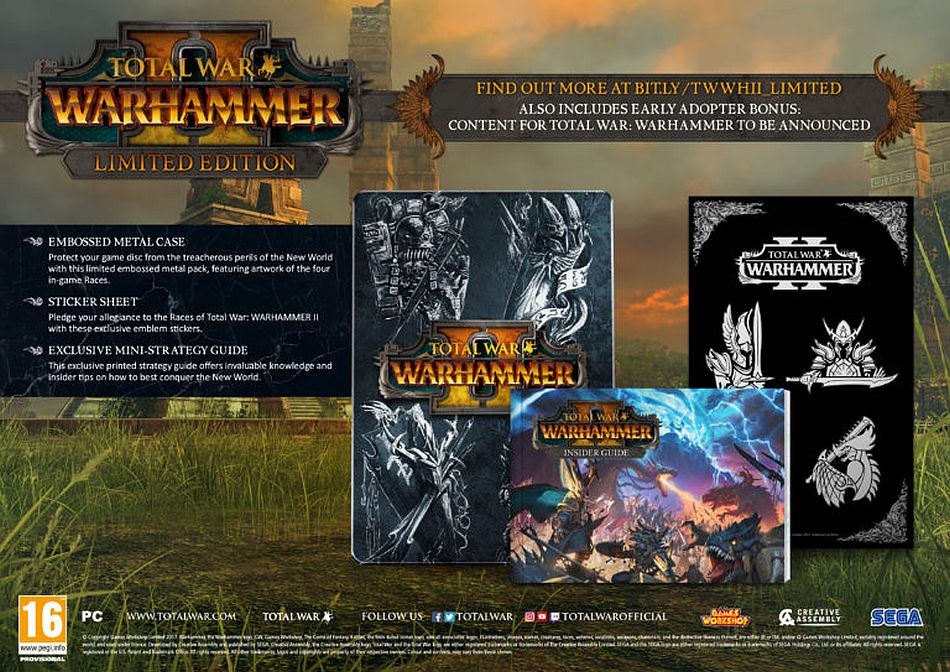 Total War: Warhammer 2 will be released on PC September 28.