Torment: Tides of Numenera developer inXile Entertainment has released a second work-in-progress gameplay screen into the wild, this time set in the Sagus Cliff area of the game. 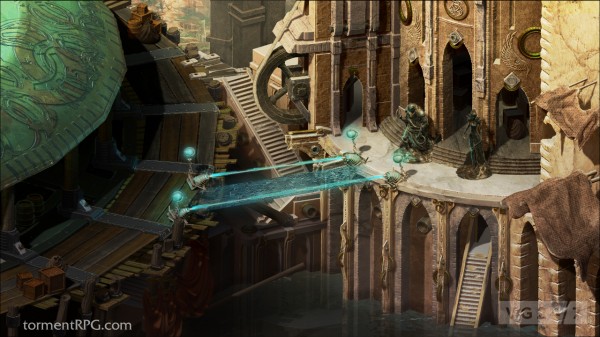 You can click the bigger version below to enlarge it, but there it is. What do you think?

The pic comes in the last hours of the Torment: Tides of Numenera Kickstarter campaign. At the time of writing it has made $3,594,076.

You can read my recent interview with inXile head Brian Fargo here, where we discuss the transparency given to devs thanks to Kickstarter and about the gulf between indie and triple-a budgets and development practices.