The official Tony Hawk Pro Skater 1 and 2 soundtrack has been unveiled online, featuring a variety of classics from the original games.

What lyrics come to your head first? 🎧 Skate to songs from the era-defining soundtrack #THPS https://t.co/pwW052ooSY pic.twitter.com/9D73rg7w8W

"What lyrics come to your head first?" the post asks. Fans over on ResetEra have been quick to answer.

Personally, I'm most excited about Guerrilla Radio by Rage Against The Machine, although I can't help thinking a track like Maria or Testify would better befit a skating game - or possibly even Rage's absolute belter of a cover of Bob Dylan's Maggie's Farm. Or, you know, Bullet In The Head, which automatically makes you nod your head as if you're walking down the road, hood up and skateboard in hand, thinking you look really, really cool.

Primus' Jerry Was A Racecar Driver is nice to see, too. Les Claypool and kickflips make quite an enticing combination. 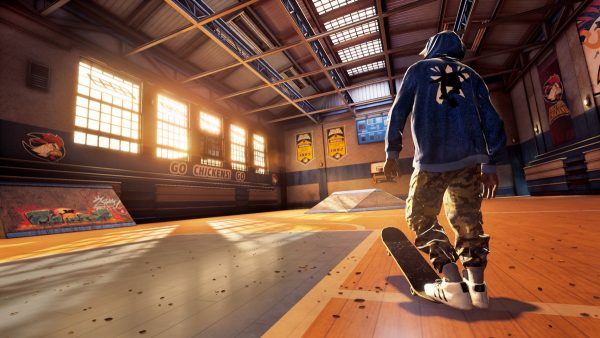 A soundtrack like this is refreshing to see, even if it is missing a few golden oldies from the originals. It's also worth noting that some songs from the original games aren't on Spotify, so their absence from the playlist doesn't necessarily mean Activision hasn't obtained a license to use them.

If you're new to the skating genre, check out why the legacy of Tony Hawk Pro Skater is so important in the first place.