Tomb Raider: Definitive Edition executive producer Scott Amos explains to VG247's Dave Cook why the project is more than a mere port, how it gave Crystal Dynamics a foothold on PS4 and Xbox One, and why it bodes well for Lara's future. 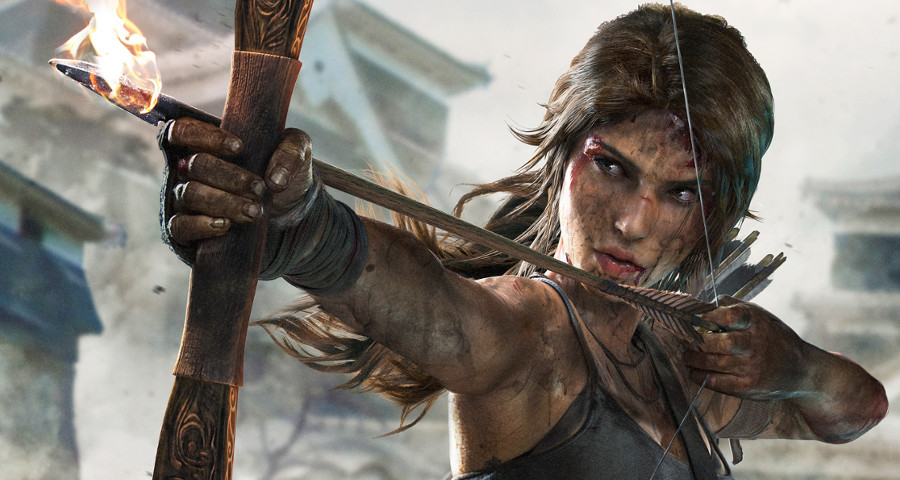 ”We now have a very solid footing, everybody’s aligned and behind us. If they weren’t we wouldn’t have been given the resources we were to pull off a new version for Xbox One and PS4, let alone the stuff we’re doing elsewhere.”

New console cycles are undoubtedly refreshing for developers. To cite a few examples; they give content creators more processing power to play with, increasingly efficient creation tools and a blank canvas for new ideas. However, as we saw with the launch of PS3; with its laborious framework and complex infrastructure, new hardware can pose a range of new, often costly challenges to studios.

In Tomb Raider: Definitive Edition, developer Crystal Dynamics has found itself in a fortunate position. I recently spoke with executive producer Scott Amos about the next-gen release, and how it has given the team a window into PS4 and Xbox One technology without the risks that commonly come with launching a brand-new title on emerging hardware. It has given his crew the knowledge and technical understanding of the new machines in preparation for future projects, that much is clear.

"We've gone and squeezed every ounce that we could from the custom chip-sets and the graphic processors that were designed for 360 and PS3," Amos explained over Skype. "Whereas the hardware now, that is more general architecture, although it's a different set-up for Xbox One and PS4, it's more similar in a sense. There certainly was a learning curve on what we can and can't do well, what improvements we can make. This is not a finished engine for us by any means.

"This is the first time for us getting the engine up and seeing how far we can push the line on all the new things we've added. What it's done is help us learn a lot of ways of not to do things. And now for our future products and future platform we have an amazing start and advantage. We know exactly what we can and can't pull off and how we can do it differently to last time."

Amos explained that while the Tomb Raider reboot already exists for PC and last-gen formats, the Definitive Edition includes a lot of new tech under the hood. He stated that it took, "a tonne of new technology," to get the new engine to run on PS4 and Xbox One, enable asset transferral, implement new shading and lightning techniques, as well as the integration of new particle systems and physical simulation mechanics. "It was certainly a stepping stone for us as a studio into the possibilities of what next-gen could be," Amos added.

The clue's in the title; this is the 'Definitive' edition of Tomb Raider, encompassing all of the game's DLC, the digital companion comic, bonus outfits, and all the technical trickery to go along with it. It is not - as some members of the gaming public have suggested - a straight port of the PC version on ultra settings, although the concept did start at Crystal Dynamic's small PC team.

Amos explained, "We've always had a very small, couple-of-man team who got the PC version up and running and that was a good starting point for us to look at because it was closer to the next-gen consoles. But there's certainly stuff on last-gen, the infrastructure and systems that we had there, we had to pool some of that as well. We really took last gen and PC as our starting point. We had to write new systems for lighting effects. We had to write a whole new back-end infrastructure for multiplayer because the stuff from PC or last gen didn't work on next gen. We had to come up with a new solution for how we connect people in multiplayer."

"This was us as a core team leading this," Amos added. "We pulled the other two studios in because we needed that knowledge to help inform our future decisions about what is and isn't possible. We have a better understanding of what we hit and what we didn't even come close to. If we'd done this a year ago we would have done X, Y and Z differently. Those kind of things, they're not secrets, but it's about getting that experience quickly and it gives you much better informed decisions for future stuff." 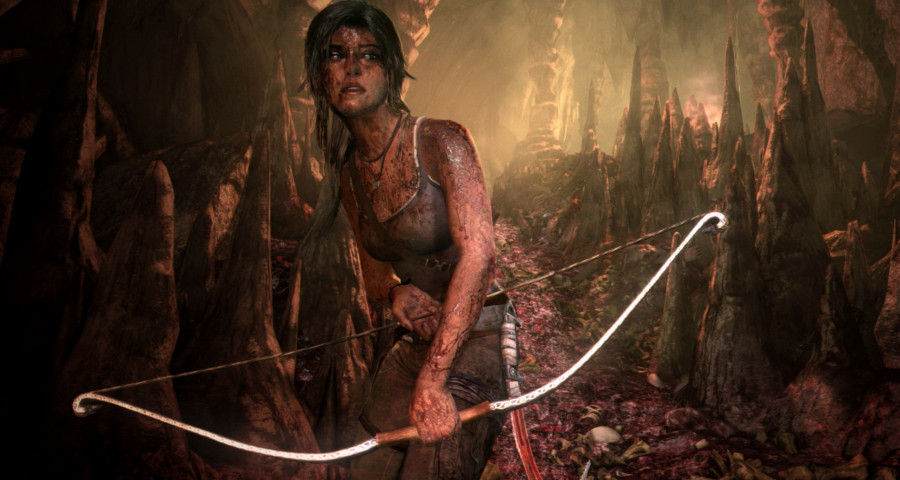 Crystal Dynamics has made no secret that Tomb Raider is the start of a new chapter in Lara's story. There will be a sequel. The time spent on creating this Definitive Edition may seem ill-spent if you have no intention of going back to play the game again, but considering that the studio now has that base understanding of Sony and Microsoft's systems in place, it can only bode well for the eventual follow-up. I asked Amos for further information on the new project, but he wouldn't be swayed.

I was curious about Square Enix's involvement in the Definitive Edition project. After all, the company did state that Tomb Raider was regarded as a failure in one of its financial reports. It was a quote that puzzled VG247's team at the time. We always assumed it had sold quite well - over four million units by August 2013 to be precise. I asked Amos for his thoughts on this particular issue, if only to help bring some clarity to the table.

"When it happened it was right around the time of the Game Developers Conference in California," he recalled. "We were all saying 'it's getting great reviews and people seem to like the game'. The best news I can give you is we're definitely in the black at this point so there's no doubts about profitability or whatever - we're making a profit on the game so there's no doubts in my mind where the game is at both critically and commercially - it's clearly set up for where we're going right now with the Definitive Edition and where we're going in the future versions of the franchise.

"This is a game that is one of the tent poles in the overall Square portfolio. Regardless of comments; whether it was just the way it was phrased or just commentary on the fiscal year results, at the end of the day, everybody here at Crystal and everybody at Square is behind us with a tent pole game we are relying on for the future. Certainly things have changed at Square with a change of leadership as to who's running the shop and where things are going. We now have a very solid footing, everybody's aligned and behind us. If they weren't we wouldn't have been given the resources we were to pull off a new version for Xbox One and PS4, let alone the stuff we're doing elsewhere."

That answers that one then. Crystal Dynamics has clearly won big on Tomb Raider, and it's refreshing to see the team charging onward with its new-found momentum. This is a team that has been given a rare chance to safely step through the gateway into the next-generation without betting the farm on a risky project. It can only bode well for whatever form Tomb Raider 2 takes.

Tomb Raider: Definitive Edition will hit PS4 and Xbox One on January 28.