Call of Duty: WW2 has been having one of the roughest launches in recent memory, and today's patch was supposed to smooth things over.

Unfortunately, this did not happen. The patch, released earlier today for Call of Duty: WW2 players on PS4, and Xbox One, contained connectivity fixes and a few balance changes.

After downloading the patch, players started running into all kinds of problems. Some have been getting disconnected from matches with the listen server error, while others were unable to connect at all after getting a different variant of the ol' 103295 error. 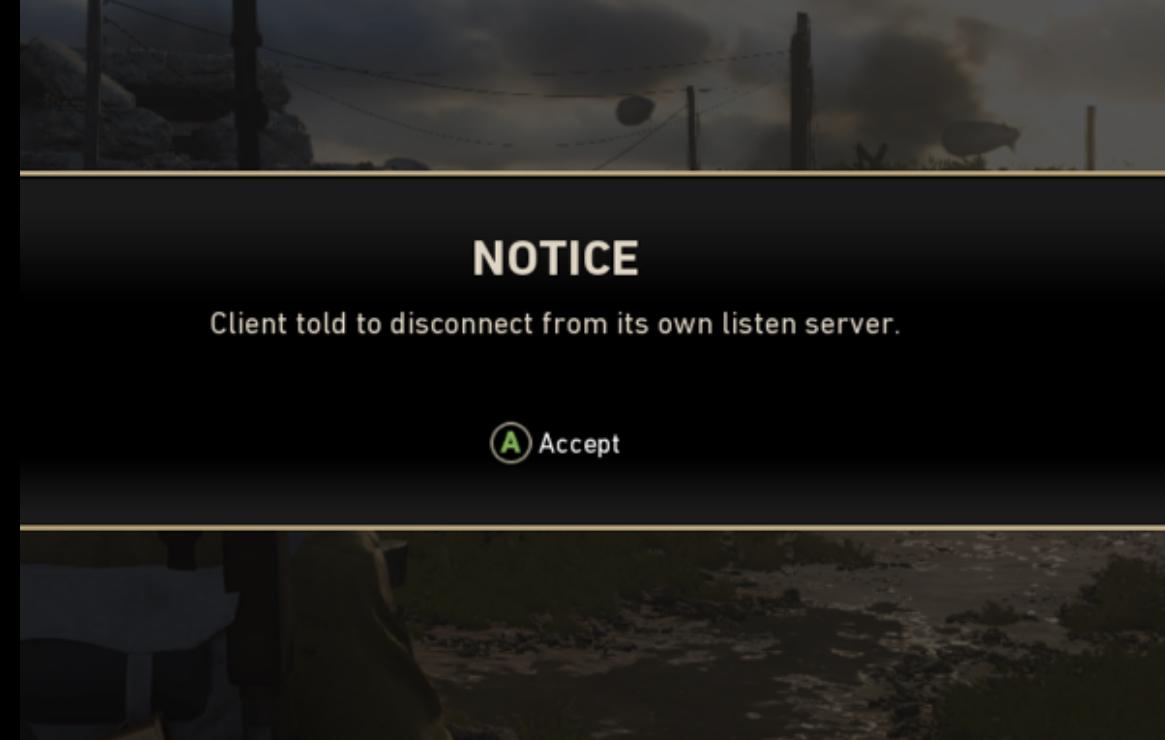 The majority of reports on Reddit, however, are of players unable to start a match. Our very own Matt Martin has been sitting in the lobby screen for a while.

Developer Sledgehammer Games has yet to officially acknowledge the problems, but the official Twitter for Activision Support confirmed that work is underway to find a fix. This was over seven hours ago, though. The most recent update reiterated that the work continues.

We're working to resolve the issues from earlier this morning, stay tuned for updates

Hopefully these problems will be resolved before the weekend, otherwise it would be the second weekend in a row for Call of Duty: WW2 to have severe server problems.

Update: Sledgehammer continues to work on the issues and have released the following statements on Twitter: 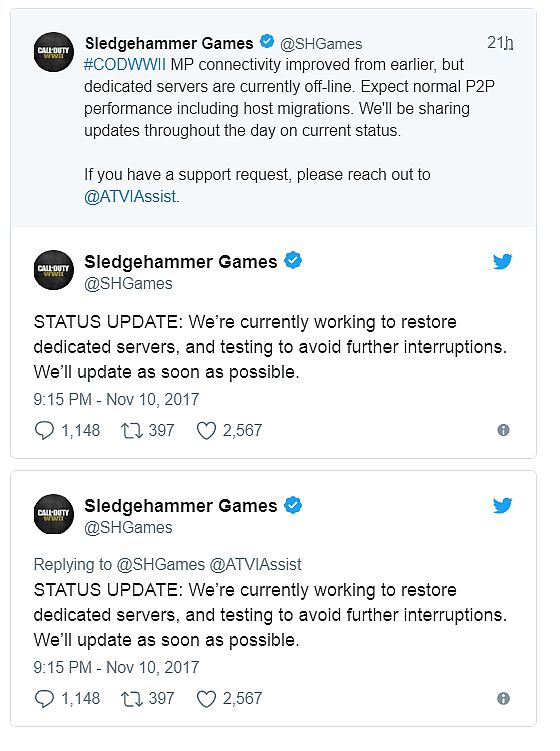 STATUS UPDATE: We’re continuing dedicated server tests through the weekend, and will remain on P2P while we test. We want to get everyone back on dedicated servers as soon as we can. Appreciate the patience.