To The Moon developer Freebird Games has announced a sequel to its critically-acclaimed RPG, along with a rather tongue in cheek teaser image. 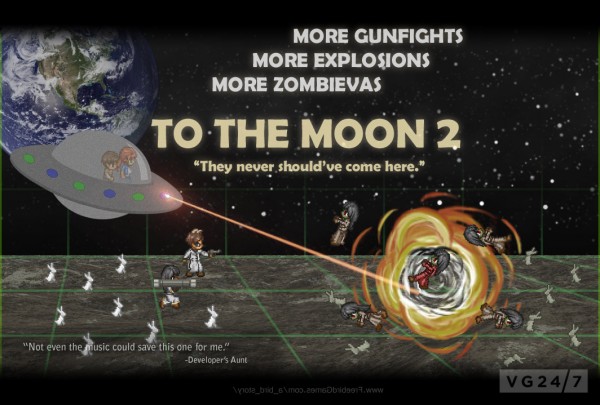 As you can see the above image looks nothing like the emotional tone of the original, and is a joke, but Freebird has announced via Facebook that the To The Moon 2 site will go live at some point today.

We'll have more on the game when it does.