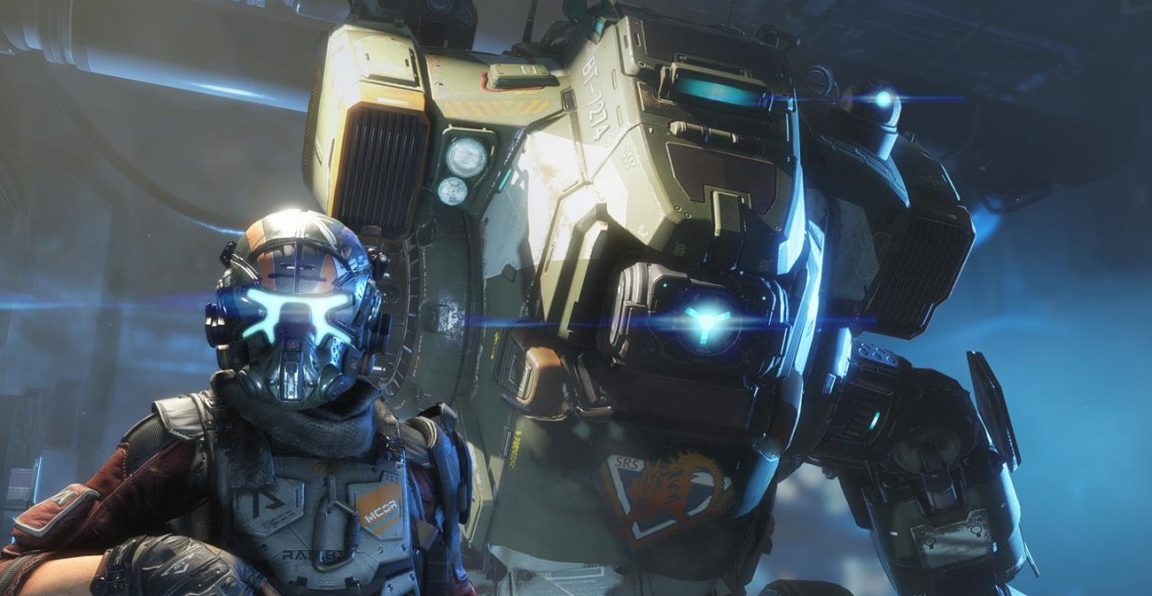 "Titanfall 2 has set a precedent that other single-player action games for the rest of this generation are going to be judged by."

I would have reviewed Titanfall 2's single-player campaign earlier but I've been quite busy. Playing Titanfall 2.

No one was expecting Titanfall 2 to raise the bar for first-person action games this generation, and anyone who says otherwise (except perhaps for the team at developer Respawn) is talking out their ass. But that's exactly what it's done. The team that brought you the game-changing Call of Duty: Modern Warfare has done it again.

Titanfall 2 takes the ideas and half-perfections of a number of games released over the past couple of years and manages to blend them together seamlessly, delivering a campaign that starts well and continues to build to a fulfilling crescendo. It piles surprises, twists, charm and drama on top until you're sure it will topple under its own ambition. It doesn't. Titanfall 2 will leave you laughing, breathless and exhausted. 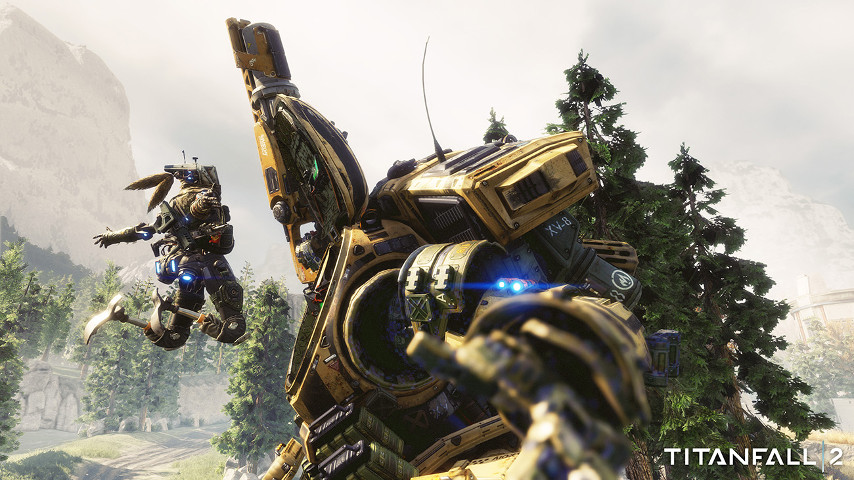 It's an incredibly accomplished take on movement, speed, traversal, shooting, platforming, and inventive level design, wrapped in a believable sci-fi world that recent Call of Duty games have struggled to make work. It's a glorious power fantasy where augmented freedom fighters zip around a battlefield taking on crooked corporations and their scene-chewing mercenaries. It's never bogged down by legacy expectations. Instead it takes a hundred great ideas and just runs with them, naked and screaming.

It would be easy to gush with excitement and spoil what makes it so special - a lot of that comes from experiencing it for the first time - but clearly not enough people are playing Titanfall 2. Sandwiching its release between Battlefield 1 and Infinite Warfare was a ridiculous decision, and an insult to a development team at the top of its craft.

The mistake I think we all had was thinking this would be a shooter with nice movement and a giant robot buddy as a novelty. That's just the simple foundation.

Movement here is some of the best first-person platforming in any game, with wall-running and knee sliding a genuine rush, especially combined with the gunplay. You're only ever going one way through these maps (unless you go a little off piste to find collectibles), but it's an absolute thrill to do so. Sometimes you'll need to pause to work out your route, or use the helpful ghost runner to see a path in action before you attempt it. Other times you'll have to manipulate the level itself to clear a path. None of this becomes repetitive as you're being pushed forward by other circumstances - to fight, to reunite, to deliver an objective, to explore. 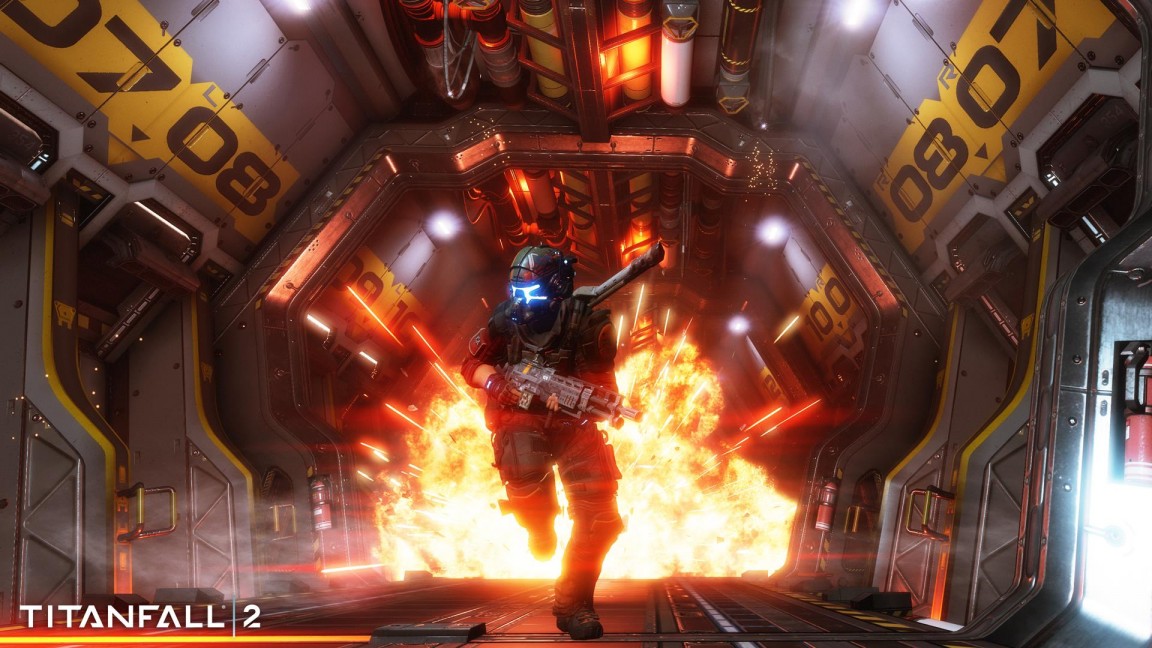 "It goes from full-scale epic gunfight to boss showdown, to the intimacy of a close-up red blood cloud and a melancholy joke within seconds. It never misses a beat."

At one point you're given a device that allows you to switch between variations of the same map, populated by entirely different enemies that require different tactics. You'll need to take leaps of faith and flip between worlds in mid-air, bouncing off platforms that are real for a split second and have disappeared an instant later, shifting through what were solid walls and floors as you teleport between the lesser of two evils. It's astonishingly designed, and a surprise that it only happens in this one mission. Any other game would have milked that novelty for an entire campaign. Titanfall 2 doesn't need to because it continues to throw more amazing experiences at you.

While you play a green recruit and there's plenty of hammy villains, it's the Titan, BT, who's the real charmer. There's a little bro-love between man and mech, with a limited use of dialogue choices keeping the interaction sparky, some dry humour and a witty script that never drifts into corny banter. BT is your best buddy, the Optimus Prime for a new generation. 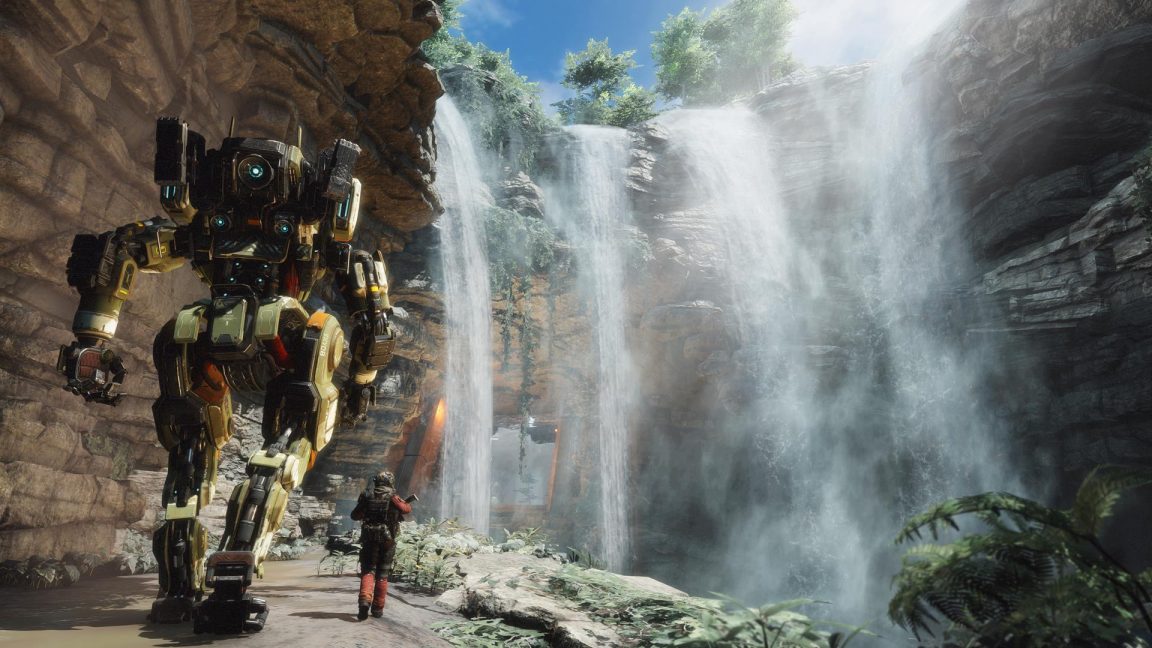 It's not just about going big with design, maps and huge stomping robots, either. Titanfall 2 is full of neat touches to make each mission feel fresh. You can recruit a small robot army to help in one, while another has you briefly steering a gigantic flying behemoth. BT will throw you across half a map, and later catch you in mid-air before copying your thumbs-up thanks. It goes from full-scale epic gunfight to boss showdown, to the intimacy of a close-up red blood cloud and a melancholy joke within seconds. It never misses a beat.

Titanfall 2 is testament to what a development team can do when it's not shackled to a legacy franchise. The first game was a trial in comparison, a fun multiplayer game that pushed a few boundaries to see if there was any flex in them. Titanfall 2 lashes out and breaks free, it's not even a sequel, but an entirely fresh start. No one had any real expectations for Titanfall 2, and it's all the better for it. It has set a precedent that other single-player action games for the rest of this generation are going to be judged by.