Ever wanted to enter Tekken 7’s King of Iron Fist Tournament as a Final Fantasy character that isn’t Noctis from FFXV? Then you’re in luck.

Tekken 7 modder Wolfe has finally released a Final Fantasy 7 Remake Tifa mod for PC that brings the punchy, Shinra-hating environmentalist rebel to the on-going dystopia of Tekken 7 (thanks, TheGamer).

If you download the mod, you will be able to play as the iconic Tifa Lockhart instead of Tekken 7’s own Filipino kickboxer, Josie Rizal. It makes sense when you think about it; the two female brawlers both use hard-hitting close range moves, and of the entire Tekken roster available, Josie fits Tifa’s moveset the most. 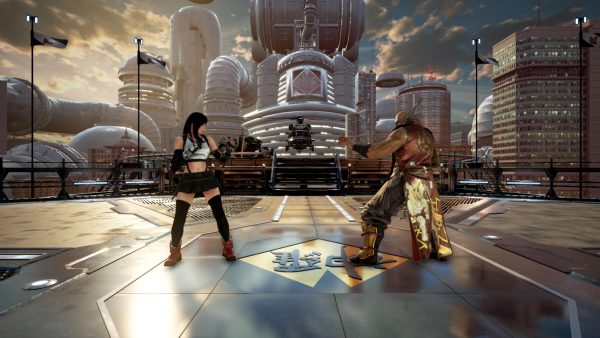 There are some bugs, of course. The creator notes that Tifa’s hair can be a bit buggy and will get suspended in the air during her Rage Art (read: super), and there are also some cloth animation issues on the kimono costume. Nothing too game-breaking, at least.

The mod is currently available to download at Tekken Mods, and if you choose to add it to your game, Tifa will straight-up take Josie’s place in the roster. Keeping with Tekken tradition, you will be able to change costumes for Tifa before you enter fights; so far Wolfe has added Classic, Advent Children, Mature Dress, Sporty Dress, and Cowgirl – and says that there is one more in the works, too.

Additionally, anyone that downloads and installs the mod can enjoy a Tifa voice pack (which is still a work in progress), an announcer pack, and HUD replacements. It’s a pretty robust mod, then.

If you want to customize the AVALANCHE member further in Tekken 7, Wolfe notes that most of Josie’s assets should work over Tifa, though they “can’t guarantee all will work”.

This isn’t the only creative custom character we’ve seen in fighting games recently – back in January, some enterprising soul managed to add the Bernie Sanders inauguration meme to Soul Calibur VI.