We made it through Black Friday and Cyber Monday and we're headed directly into another weekend. That being said, the deals never quite stopped coming, so we've got another batch of price cuts and special offers. Let's take a look. 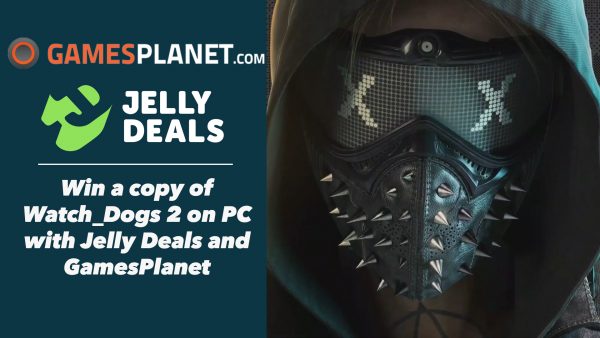 Free stuff! It’s pretty nice to get when you can get it. As luck would have it, we’ve gone and teamed up with the folks over at GamesPlanet to offer you the chance to win some free games. This time we have three copies of Watch Dogs 2 on PC up for grabs - specifically, two copies of the Deluxe Edition and one extra-special copy of the Gold Edition - so if that sounds like the sort of thing you’d like to be in with a chance to win, click this handy link below and get involved. Entries close at 23:59:59 (GMT) on Sunday 4th December. 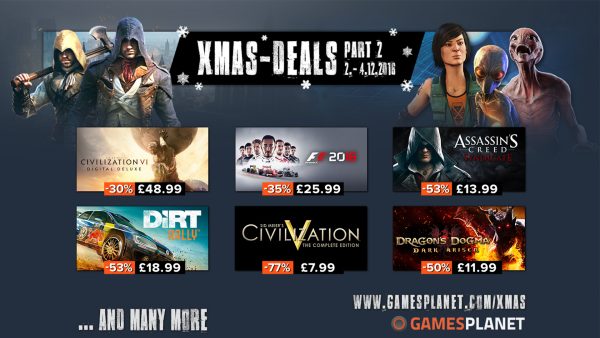 While we’re talking about GamesPlanet, the site is currently hosting the second part of it’s ‘Xmas Sale’, discounting a range of games each weekend on the run-up to Christmas. This week’s set of deals features some of the titles below, so take a look and see if anything catches your eye. These deals are live until the end of Sunday 4th December and the games are mostly Steam keys that should redeem in most territories, but check the game pages for details.

Over on the Humble Bundle side of PC downloads, you can pick up the latest pay-what-you-want offering. This time, it’s a range of tycoon simulator games up for grabs, including RollerCoaster Tycoon Deluxe, Democracy 3, Car Mechanic Simulator 2016 and Big Pharma. Pay more than $12 (around £9.62) and you’ll unlock YouTubers Life and can simulate what it’s like to be being one of those YouTube types. 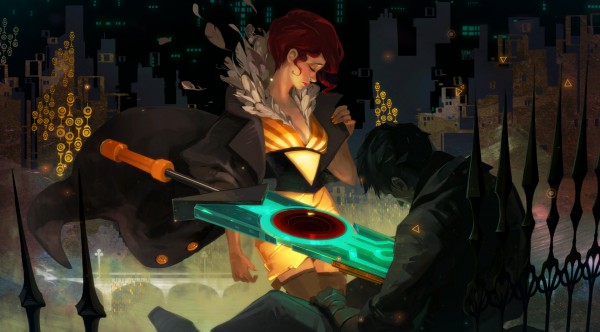 Transistor, the beautiful isometric action RPG-ish game from the makers of Bastion, is currently on offer in its bite-sized iOS mobile version form for £2.29 / $2.99. For that price, you won’t get the tremendous soundtrack from the game but will still get an indie gem of a game with a lot of heart. Plus, you can play it wherever you are. It’s also got a talking sword in it. Which is nice. 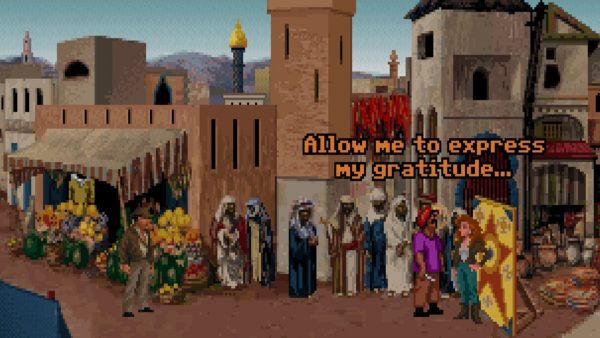 Okay, let’s get the best stuff here up front. LucasArts point-and-click games. You don’t have to be a diehard advocate for point-and-click adventure games like I am to appreciate these games, which are some absolute classics of the genre. For £1.39, you’ll get four of them as Steam downloads. Namely, Indiana Jones and the Fate of Atlantis, Indiana Jones and the Last Crusade, The Dig and Loom. Go ahead, ask me about Loom.

December 1st also saw the beginning of the EU PlayStation store’s holiday season offers. Through December, Sony will be offering what they’re imaginatively calling the ‘12 Deals of Christmas’ which means that every 48 hours, a new game gets its price cut for a limited time. Up first is Rise of the Tomb Raider: 20 Year Celebration which is currently available for £21.99.

Rise of the Tomb Raider: 20 Year Celebration (Download) for £21.99 from PlayStation Store

Also on offer, is a variety of PS4 and PS3 games in a ‘Buy One Get One Free’ campaign, meaning you can double up on games like The Last of Us Remastered, The Witcher 3: Wild Hunt, Sleeping Dogs: Definitive Edition, Far Cry 4 and more for half the cost.

PlayStation Store’s Buy One Get One Free Sale 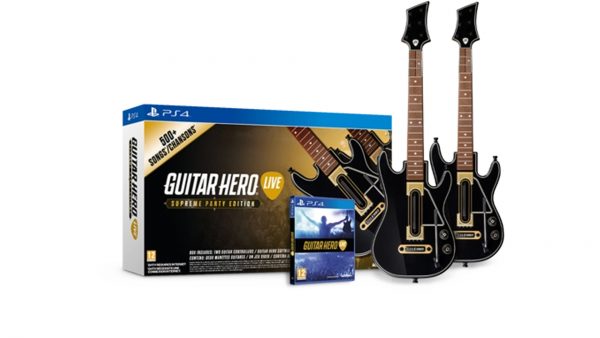 It might be painfully named but if you have a soft-spot for some rhythm games and don’t happen to own a copy of Guitar Hero Live: Supreme Party Edition, you can pick one up on Xbox One or PS4 for £34.99 right now. In this case, a Supreme Party involves getting not one but two guitar controllers alongside the game. Party on, I guess. 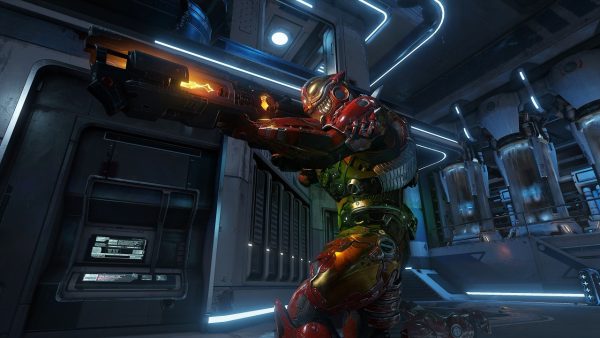 I wonder how long we can actually go without DOOM showing up in one of these articles. Well, this week isn’t the one since post the mad Black Friday discounts, you can still grab a copy of the game on Xbox One or PS4 for £13.50. Head over to GAME on the link below and use the code VCGAME10 at checkout and you’re all set. 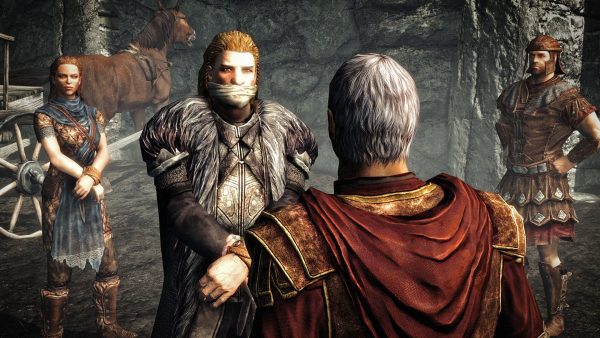 Skyrim: Special Edition may not have had the smoothest launch so far but it’s still Skyrim. That same Skyrim that you knew and loved five years ago, when you were still baffled that the big gruff dragon Paarthurnax shared a voice actor with Mario. Maybe that was just me. Either way, the somewhat prettied-up version of the game is currently on sale at Amazon UK for £24.99 on Xbox One and PS4. 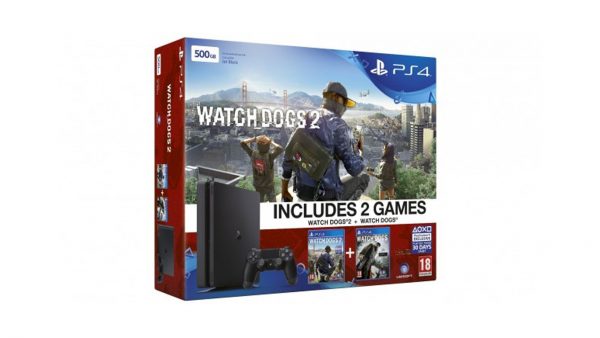 Black Friday, Cyber Monday and all that jazz brought console sales to all-time low prices. If you happened to have missed out on the chance to pick up some of the (frankly insane) bundles that were on offer, you can still pick up a PS4 500GB Slim with copies of Watch Dogs 2 and Watch Dogs 1 for £199.99 from GAME. That’s the same price this was being offered for over the Black Friday weekend, so you don’t have to feel so left out.

If you have a particularly troubling internet connection or the digital deal earlier in this post just doesn’t grab you, you can get the extra-fancy Artbook Edition of Rise of the Tomb Raider: 20 Year Celebration on PS4 from Amazon UK for £24.99 at the moment. Failing that, you can also pick up a Windows Store digital copy of the game for £25.88 from that very same page instead.

Rise of the Tomb Raider: 20 Year Celebration Artbook Edition on PS4 for £24.99 from Amazon UK 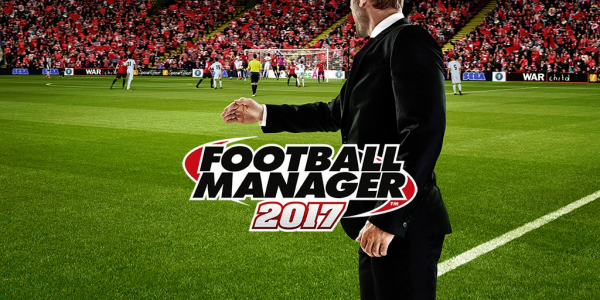 Did you see that ludicrous display last night? If not, simulate it for yourself since Amazon UK is currently offering Football Manager 2017 Limited Edition for £26.99. 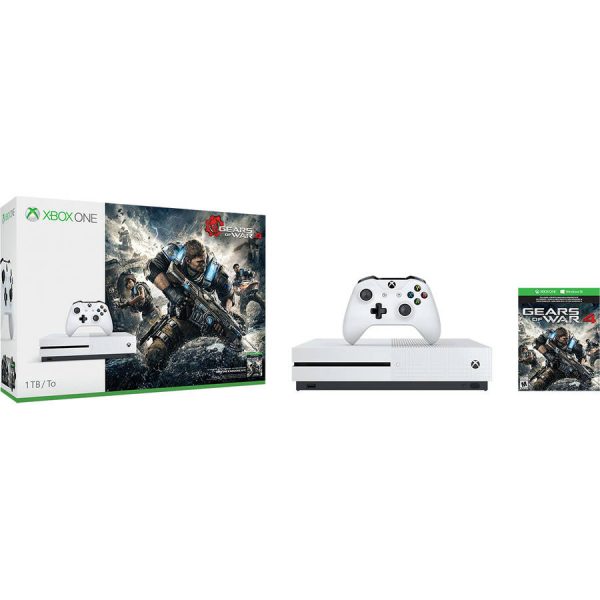 Going back to the whole “last week was Black Friday week” thing, you can still pick up a decently priced Xbox One S thanks to eBay. Head over there and you can grab an Xbox One S 1TB console with a digital copy of Gears of War 4 packed in for $269.99 right now. 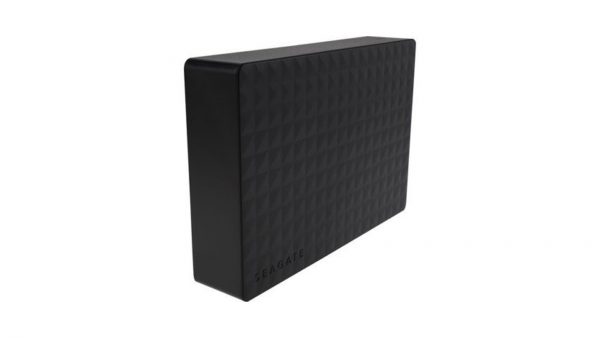 There comes a time in everybody’s life when they’re going to need more storage to keep all of their precious data. So why not go all-in and get an obscenely large amount of storage space all in one go? Fortunately, you can do that for a little bit less right now since Amazon US is currently taking $70 off of this massive 8TB desktop external hard drive, bringing the price down to $169.99.

Seagate 8TB Desktop External Hard Drive for $169.99 from Amazon US 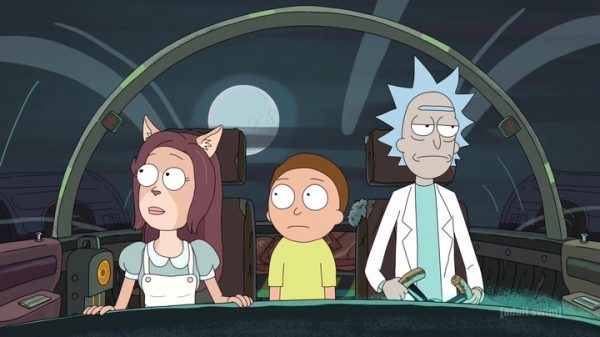 I’m playing the odds here but there’s a fair chance that at least some of you out there are fans of Rick and Morty. If you happen to count yourself among that growing and increasingly rabid fan-base, you can pick up both seasons of the show on blu-ray for an extra discount right now. Season one will cost you $14.99 while season two will run you a marginally more expensive $15.49.