One more week down and it's time to check out the last seven days' deals.

This week showed us brand new versions of the PlayStation 4, new iPhones and how much we’re going to need wireless headphones in the future. No worries, though, because there’s always time for some good deals and I’m here to bring the previous week’s best offerings straight to you.

As usual, you’re welcome to check out any of these deals and see if they appeal to you. If not, no worries! If so, maybe you’ll save some cash. As we’ve mentioned before, we do our best to make sure these deals are active and in stock at the time of posting, but there’s always a chance things can change at a moment’s notice, so keep that in mind.

Okay, let’s get on with things. We’ll be starting with US Deals and moving onto the UK deals further down the page. 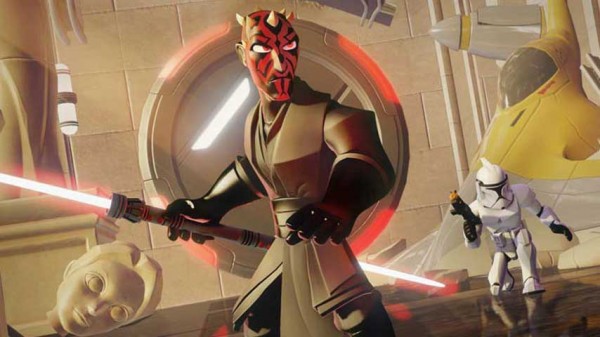 The franchise may have come to an end, but there’s nothing that says you can’t still enjoy Disney Infinity while there are figures to be collected. To make that collecting easier, GameStop US are currently selling off their stock of Disney Infinity 3.0’s Star Wars themed Starter Pack for only $15 on all formats. Bargain-basement pricing may mean that stock disappears quickly, though, so act fast.

The XCOM series’ forgotten second-cousin, The Bureau, is available as a Steam key from Amazon US right now for $4. If nothing else, it was certainly a game that had some unique ideas and under five bucks might be cheap enough to justify dipping into this one and seeing how you feel about it yourself.

The Bureau: XCOM Declassified on PC (Steam) for $4 from Amazon US

StarCraft II’s Kerrigan-centric middle chapter, Heart of the Swarm is down to $7.97 over at GameStop right now. That’s the price for the boxed version, which makes it significantly cheaper than getting the digital version at present, so if you’re running behind on your StarCraft, it might be time to catch up.

StarCraft II: Heart of the Swarm (Boxed) for $7.97 from GameStop US 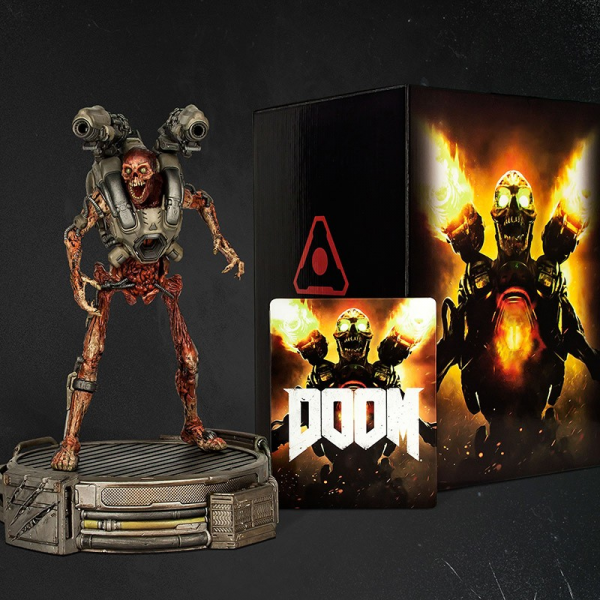 Amazon still seems to have a fair amount of stock left of the DOOM Collector’s Edition, which features a 12-inch tall Revenant Statue and Steelbook case. They’re selling this edition for under $45 on all three formats, which makes it far easier to justify buying yourself a little demon statue whether you already own a copy of DOOM or not. 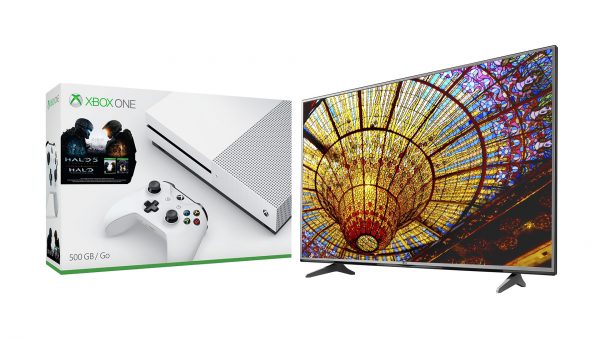 Over at Best Buy, they’re taking advantage of the new range of consoles being geared towards 4K televisions in a surprisingly appropriate way. They’re pairing up an Xbox One S 500GB console with Halo Master Chief Collection and Halo 5 with a high-end 55-inch LG 4K television for $799.98. Then they’re throwing in an extra Xbox One controller on top.

In case you’re wondering, that’s an Xbox that usually costs $300, a controller that costs $60 and a TV that normally costs $700, but buying them all together will save you around $260. If you’re in the market, this is one to check out. 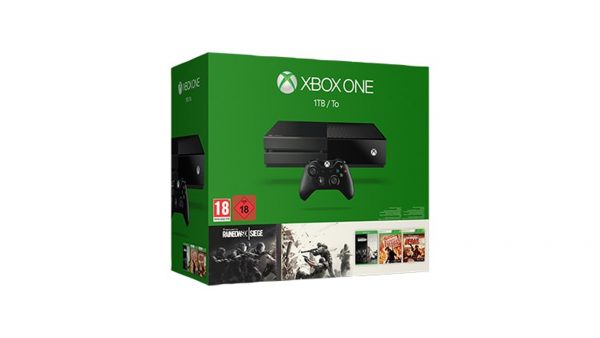 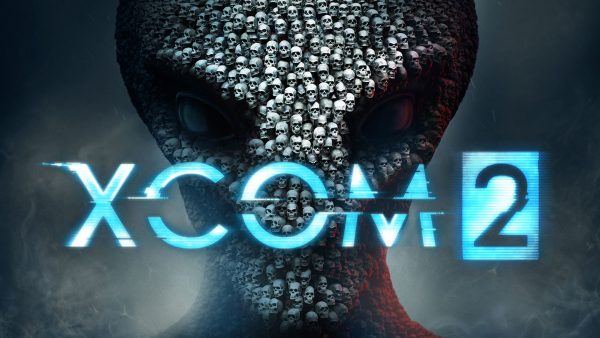 Over at GamesPlanet, there’s a sale on some of 2K Games’ finest franchises over the next few days. When I say ‘2K Games’ finest’, you should probably have immediately thought of the XCOM franchise and if you did, you’d be right. The whole range of XCOM games are discounted over there, with XCOM - Enemy Unknown: Complete Edition coming in at £4.99 while the more recent XCOM 2 is available for £17.99. 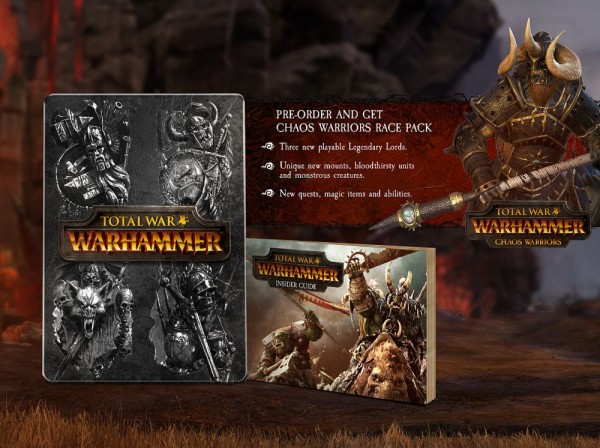 If you like your strategy games with a fantasy vibe, you probably don’t want to miss out on Total War Warhammer. While the game is still £40 on Steam, you can pick up a boxed version over at GAME for £25 for a limited time. Better still, the Limited Edition is the same price as the standard, meaning you can grab the version with a Steelbook and some form of digital guidebook. On the other hand, I’ve still never forgiven them for not naming this game Total Warhammer, so there is that. 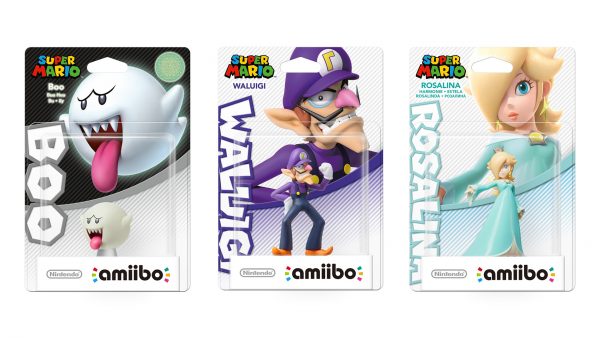 We’re just about a month away from a new wave of Amiibos, so there’s still time to clear some space on yet another shelf to fill with these little statues. Amazon currently has the entire set up for pre-order for £10.99, which is the cheapest seen online so far. That Boo is glow-in-the-dark too. Most importantly, though, is that we finally have the Waluigi Amiibo we’ve all deserved for so long.

New Wave of Amiibos (including Waluigi, Glow-in-the-Dark Boo, Rosalina, Daisy, Diddy Kong and more) for £10.99 each from Amazon UK 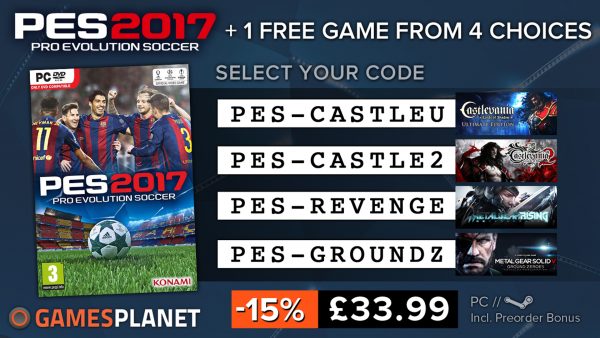 For those of you who were looking to pick up a PC copy of Pro Evolution Soccer 2017, if you pre-order it over at GamesPlanet for £33.99, you can pick one of four Konami games to receive for free along with your copy of PES. You’ll get the PES 2017 pre-order bonuses too. Your choices and the mid-checkout voucher codes you’ll need to enter are listed below (and in the image above, obviously, but text is easier to copy and paste).

If you don’t own a copy of the original Dark Souls yet, now might be a good time to dip your toes into one of gaming’s most frustrating (but most satisfying) franchises. That is, at least if you’re an Xbox owner. The Xbox 360 version Dark Souls is currently reduced down to £3.74 ($4.99 in the States) on the Xbox Live Marketplace which, while great for 360 owners, is even nicer given the fact that this game recently became backwards compatible for Xbox One. 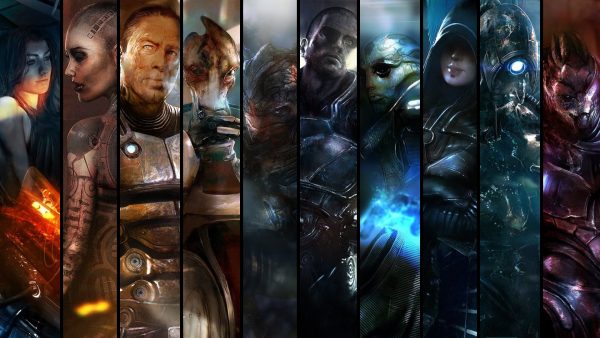 With EA out there showing off brand new footage from Mass Effect Andromeda, it’s hard not to want to just put everything else on pause and play through the entire Mass Effect trilogy again. Well, if that’s a thing you think you’re likely to end up doing, you may as well get a good deal on the games. GamesPlanet are selling the Mass Effect Trilogy as digital copies for £12.99 currently. All three games will redeem on Origin, not Steam, though, so keep that in mind before you take the plunge.

Mass Effect Trilogy on PC for £12.99 from GamesPlanet 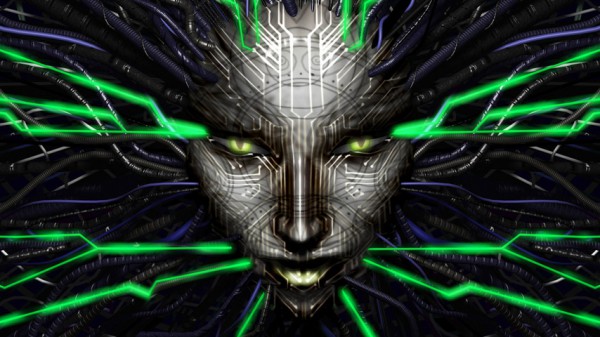 Over at Bundle Stars, you can pick up a pack called the ‘FPS Heroes Bundle’ for £2.29. While admittedly, that’s not the most enticing title, the pack not only contains Steam copies of Betrayer and the extra weird Zeno Clash, but also a copy of the mighty System Shock 2. That game alone on Steam is currently £6.99 and worth every penny, so being able to get it for just over £2 is a bit of a steal. Besides that, there’s also a game called ‘Fancy Skulls’ in the pack. Make of that what you will.