Lauren Schmidt Hissrich, the showrunner for Netflix's The Witcher, recently unveiled some details about Geralt and Yen's future together, noting that their "happily ever after" is not necessarily witchered in the stars.

The news comes from the 3rd and Fairfax: Writer's Guild of America West podcast, on which Hissrich was recently a guest (cheers, Digital Spy).

"Time is a very different thing for [them], so [they're] not going to go get married and settle down and have kids," says Hissrich. "They have short bursts of either sexual relationships or flirtations that they may sort of come back and visit that person, but by the time they come back, that person could be dead."

"What I like to imagine is that Yennefer and Geralt are both used to doing it one way - they're both sort of perpetual bachelors," Hissrich adds.

Hissrich also notes that even in the books, she doesn't reckon "there's really a happily ever after for them."

"It's such a sweet dream, but it's so unrealistic ... These people are never going to be sheep farmers and basket weavers. They both have this sort of desire to live on this edge of life and death."

This is a valid point. Given their incredibly long lifespans as witchers and sorceresses, people like Geralt and Yen live long, dangerous lives. They could be around for another century, or torn to bits by a cockatrice tomorrow. 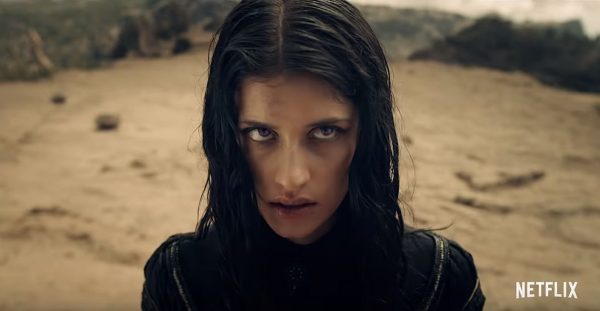 That being said, The Witcher 3 is set several years after the end of the books, meaning that it also takes place after the show. When we consider the dynamic in place there, it appears that Geralt and Yen have - depending on your personal choices as a player - a sort of mutual understanding, largely tied to their status as Ciri's adoptive parents.

Given that family has been emphasized in The Witcher - from Yen wanting to have one, to Geralt slowly lowering his guard against one - it's definitely useful to think about where Ciri comes into this ragtag trio of lovable misfits, who all had nobody until they found each other.

In related news, people are already trying to imagine what Geralt would look like in Cyberpunk 2077, whereas others are still finding secrets in The Witcher 3, like this elevator in Kaer Trolde I had no idea about.