I was today years old when I discovered that The Witcher 3 has Twilight fan fiction - and CD Projekt Red is Team Jacob.

A Reddit user named herrick17 recently shared a post titled, "I think I found a Twilight reference lol." At first I was sceptical - "think" is not the strongest word in the dictionary.

But then I had a look, and, as it turns out, it's not just a reference. It is 100%, unequivocally, absolutely Twilight fan fiction. Check out the screenshot below, which shows a passage from an in-game book called "Moribundia: The Vampire's Last Likeness." 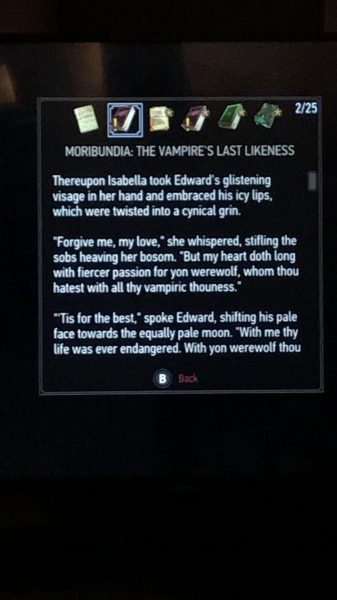 "Thereupon Isabella took Edward's glistening visage in her hand and embraced his icy lips, which were twisted into a cynical grin," it reads.

"'Forgive me, my love,' she whispered, stifling the sobs heaving her bosom. 'But my heart doth long with fiercer passion for yon werewolf, whom thou hatest with all thy vampiric thouness.'"

"'Tis for the best,' spoke Edward, shifting his pale face towards the equally pale moon. 'With me thy life was ever endangered. With yon werewolf thou-'"

And then it cuts off! I had to know what happens next, so I looked up the book on the official wiki for The Witcher 3. 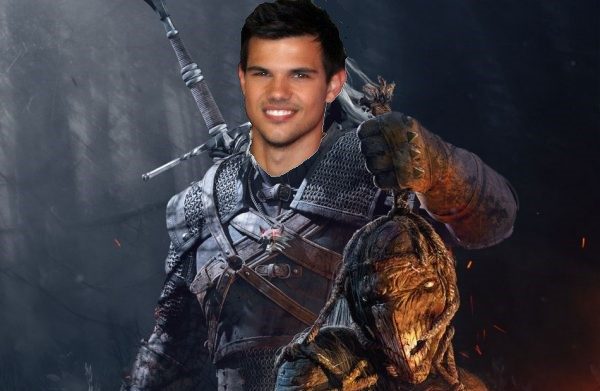 "With yon werewolf thou shalt know peace and happiness," the text continues.

"Edward turned around and took a step towards the exit, but Isabella grabbed his wrist and bade he stop. The touch of her hand was so tender, his heart newly began to beat anew after centuries of deathly stillness."

"'There is more,' spoke she, averting his penetrating gaze. 'I am with child.'"

What! Is it Edward's? Is it Jacob's? Someone else's? Why is there Twilight fan fiction in The Witcher 3?!

Either way, I'm on board. I think we need another DLC in 2020 so we can find out what happened next in The Witcher 3's Twilight fan fic.

In related news, did you know you can get Jon Snow's sword in The Witcher 3?