Call of Duty: Black Ops 2 has received its first batch of map DLC, but is the Revolution pack worth shelling out for? Dave Cook investigates and announces the winner of our Black Ops 2 VG247 community smackdown.

When it comes to map design, I'm firmly of the belief that Treyarch has been doing it better than Infinity Ward for some time now. There's more variety in the studio's locales, map geometry and dynamic elements - such as the bullet train in Express, or something simpler like the hatch doors in Radiation. It's the little touches that count.

Plus, Infinity Ward has been peddling rusting abandoned facilities and basic urban environments for too long. There's only so many times you can sell the same wares before people get tired, so it's refreshing to see Treyarch holding the line of good map design. The Revolution pack is no exception, and it sits up there with the best of their DLC offerings to date.

One thing that always stuck out in previous Call of Duty games - this goes for the original Black Ops as well - was that on-disc assets were reused in DLC maps constantly. It was almost like a punch in the face, given that you'd just bought what was supposed to be 'new' add-on content. You'll be hard-pushed to find recycled assets in Revolution's four multiplayer maps however. 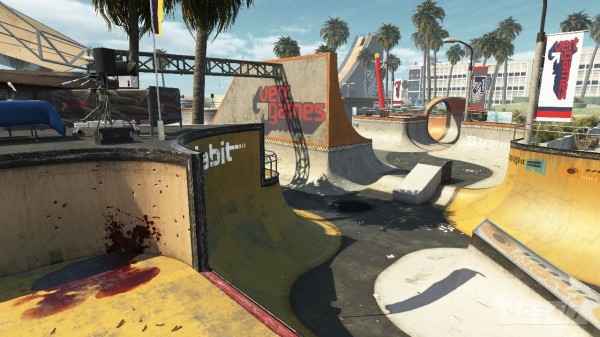 Grind is the DLC's marquee map, which is hardly surprising as it's set in a bloody skatepark. But it's colourful and full of slopes, ramps, verts and pipes that make for some interesting use of cover. It's a small map from a top-down perspective, but it's also dense with hidden routes and vantage points that will take a few plays to discover and map out mentally.

The skateparks around the outside are wrapped around an indoor half-pipe and skate shop, which are ideal for short to mid-range combat, while snipers can dominate the outdoor areas. It's a map full of tight cover where all classes can shine, although I did get spawn killed once, so I'm not sure if that will become a regular feature. I sincerely hope not. 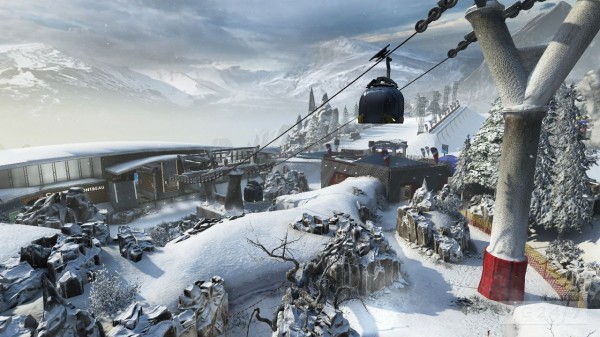 Next up is Downhill, a ski-resort map that is also a paradise for snipers and fans of long-range exchanges. It's a killer thanks to wide cover-less expanses on either side, making each dash across open ground potentially fatal in the heat of battle. Again, the assets are new, which is nice to see, and there are even motorised ski-lifts that can kill you when moving.

The lift station is found in the middle of the map, and it's a real choke point worth avoiding if you can help it. You're better off sneaking through the mountain crags on the opposite side and fighting in the chalet at the top of the slop instead. Just make sure you hug the cover like it's warm and fuzzy or you'll be sniper fodder in seconds. It's a highly tense, and well designed map. 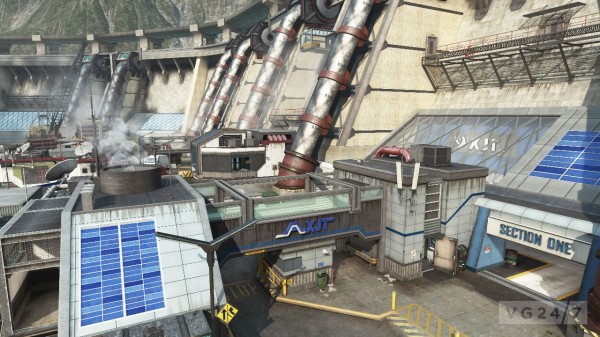 Hydro appears to be the blandest map of the bunch, but it's a pretty tight environment like Grind. It's set on a hydro-electric dam and its layout is similar to Convoy from the first Black Ops in that you have two walkways at either end that are ripe for sniper battles. Below however, you can wade through the gushing water and fight at close quarters in the sewer.

This is the smallest map of the bunch, and depending on the skill of everyone involved you may find the front lines swinging back and forth throughout any given match. You're never too far from an enemy, so shotguns and SMGs will work just fine, but you can get by at range if you hang back near your spawn zone. On the surface this is just another facility map, but it's ideal for fast-paced play. 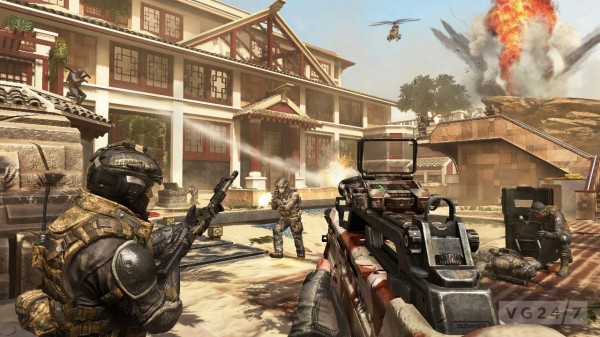 Finally, Mirage is my pick of Revolution's locales by far. It's a Chinese hotel complex that has been ravaged by a violent sandstorm. It actually looks like all assets have been created for scratch on this one, as sand piles around structures to create uneven slopes and cover around the hotel's grounds. The pagoda in the middle is your shortest, but most deadliest route across the map, as everyone uses it.

Take the sides however, and you can use many pieces of sand-clogged cover, such as a dried up pool and battered guest suites to dart around to your opponent's spawn. Any class goes here, as snipers can get up on the pagoda by climbing up various parts of the terrain to spot enemies from up high, while short to mid-range players will have a blast blasting each other to bits everywhere else.

What's interesting about Revolution's multiplayer maps is that they don't lean towards one class, or stick to an overly familiar theme. I keep harping on about Treyarch's creation of new assets, but it really is important when you're expected to pay 1200 MS Points for the privilege of using these maps. It's something that Infinity Ward got off with too lightly in retrospect. 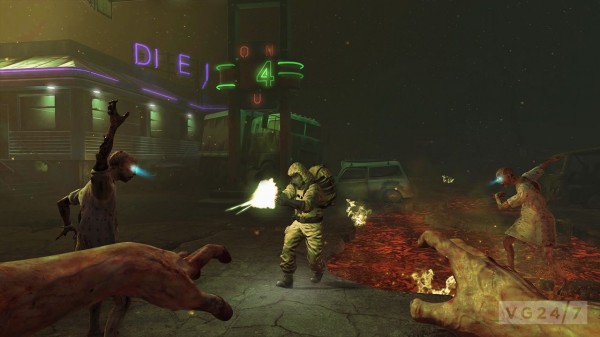 Fans of Zombies mode haven't been left out either, thanks to new survival map Die Rise and an all new Infected game type. I'm honestly one of the worst people you'll ever meet at Zombies mode - truly awful - so I won't insult you and pretend like I know my Speed Cola from my Double Tap Root Beer, but just know that you haven't been forgotten.

Plus, you can be a Zombie now in Turned mode, which is always fun. In this mode all players start as zombies and must dash to find the cure. The player who racks up the most time spent as a human wins the round. So naturally when you're human you have to fend up everyone else with firearms. It's mad and a bit shouty.

Finally, the all-new Peackeeper SMG is a weird sort. It belies its own class by being slightly weaker at short range - than say the MP7 or MSMC - yet stronger over distance than its peers like an assault rifle. There's also some slight recoil to content with, as is a given for SMG weapons.

It may take some getting used to - and there's the fact that weapon choice is a matter of personal taste and play-style - but I didn't get on with it at all at first. After a few days play however, it's starting to make more sense.

So is Revolution worth getting? Yeah I'd say it is, although I appreciate and understand why some are choosing not to give Activision more money for maps. But if you were bored by how uninspired the Modern Warfare 3 DLC maps had become - bar a few expectations of course - then Treyarch's pack will give you the much-needed dose of imagination and playful design you've been clamouring for. Check them out on YouTube then make a judgement call.

Disclosure: To assist in writing this feature, Activision sent Dave a download code for the Call of Duty: Black Ops 2 Revolution DLC. No other advertising or merchandise was offered or accepted.

Now, the moment you've all been waiting for... the results of VG247's inaugural Black Ops 2 community smackdown. We played three games of Free-For-All and tallied up everyone's total score at the end of each round. Here is where each of our 17 combatants placed:

Congratulations to LSC MRSandman. You win a Black Ops 2 DLC season pass. Let us know what format you'd like below and we'll get it to you when we can.