Naughty Dog has been showing off some more of the Seraphites, a religious group and the primary human antagonists of The Last of Us Part II.

As well as being creepy cultists, the AI powering them could well be some of the most impressive we’ve ever seen in an action game, and it's all thanks to new tech.

This tech marries to the story in a way that allows the creepiness of these enemies to really shine through as they communicate to try find Ellie.

“We look at how different communities survive, what motivates them, what drives them,” lead game designer Richard Cambier told me during a recent Q&A. “You see in our own world how religious groups unite over certain things, so you see this group is united over some religious themes. You can see by how they talk, how they dress, there’s some unity amongst that.” 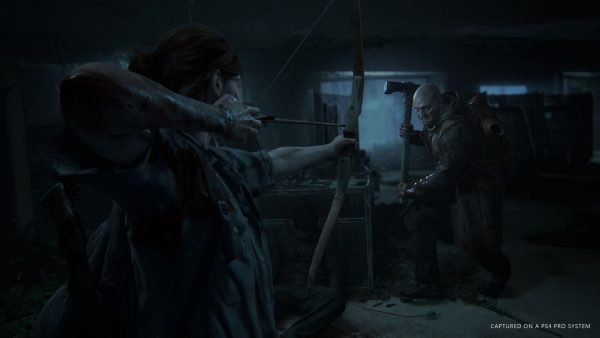 That unity will extend into how they communicate, using codewords and whistles so eavesdroppers can’t parse what their plans are… unless they decode it. You can see a glimpse of this in the latest trailer, in which the enemies refer to Ellie as ‘Wolf’.

“There’s some new tech here that we’re exploring where AI know each other’s names. They’re used in certain moments. You see in [the trailer], one of them is called Ethan. When they meet up, they recognise each other.”