After a bit of a rocky start, The Division 2: Warlords of New York is up and running and there are eight new Hunter masks to get your mitts on.

Alongside a new Skill Tier system, there are more secret Hunter masks to find around The Division 2 map. Hunters are challenging enemies that are difficult to spot, but with enough time and patience, you'll be able to track them down.

The Hunters are all level 40 so are quite difficult to take down, and you'll need to complete a series of tasks to find them. There are eight Hunters in total - four in New York and four in Washington - and we know of two so far. With that in mind, let's take a look at how to get the Psycho and Drip masks, as well as some off-white keys.

To find these Hunters, you'll need to complete every step below in order. It would also be a good idea to bring a decent ranged weapon as there are several carefully hidden boxes to shoot open. 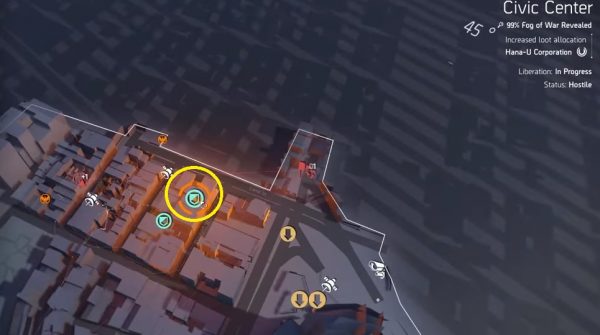 To get started, head over to the Civic Centre area and find the laundrette on the left of Canal Street. Enter the laundrette and you'll see that one washing machine has the number 23 on it with a pink basket on top. Interact with the washing machine and the room will go dark before a red light comes on. Turn around and you'll see a fuse box on the wall to the left is open but missing a fuse.

To find the fuse, head North from the safe house in Two Bridges. You'll see a large grey crate in front of the pizza place, so climb up on it and look towards the brick building behind the green shed. There's a small yellow box on the right of the building that you can shoot open. Once you've done that, climb over the wall and head through the now open door on the right. Head inside and there's another fuse box at the back of the room where the grey filing cabinets are, so pick up the spare fuse and be on your way. 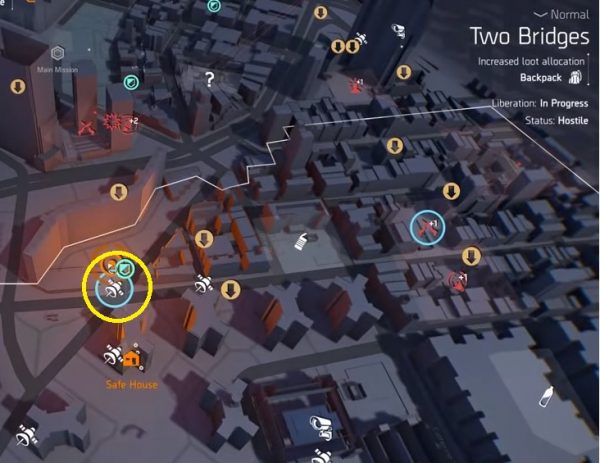 Travel back to the laundrette and put the fuse in the fuse box. Go back to washing machine 23 and after you interact with it, it'll drop a key for - you guessed it - Apartment 23. Head out of this room and go up the stairs on your right to find the room. There are loads of letters and numbers on the wall you can interact with, alongside a few chests.

Once you've interacted with the numbers, you're going to a red brick building south of the laundrette. Look up and you'll see that you can shoot the rope which will drop down, allowing you to scale the building. Get to the top and go down the ladder to your right, then cross the rooftops. You can break down the metal grates to make a bridge and you'll want to climb the stairs immediately after that. You'll see a yellow box suspended in the air, so go ahead and shoot that to get some loot.

You'll then see a grey door with a thick yellow cable running across to the left. Spin around and look at the sand-coloured buildings to your left and you'll see a yellow box, which you'll need to shoot open. This will unlock the grey door, so head inside. There are several chests to open but eventually, you'll come across a dead body with the curiously morbid words "Dare you to come closer" scribbled on the walls. 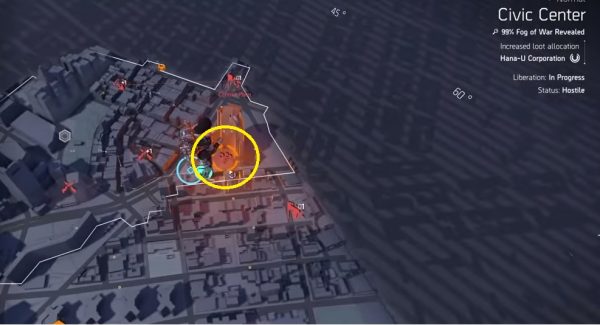 Interact with the writing and head over to the burnt-out school in the Civic Centre, where you'll find a dead body sitting upright near the fence. Interact with the body and the Hunters will spawn. If you don't deal enough damage quickly, or focus on one at a time, there's a chance the other Hunter will scarper. Make sure you have some high-damage weapons and grenades on you - like the new Flamethrower - and deal with both of them quickly.

Once defeated, they will drop the Psycho and Drip masks and some off-white keys which can open a chest in the new settlement.

Make sure you carry out these steps at night time, otherwise the Hunter won't spawn. To get started head down to the Financial District, just Northeast of the Control Point. You'll see a bunch of flag poles, with some of the flags missing. There's a generator on the ground next to one such pole, so go ahead and interact with it from 9 pm onwards. If you go into Photo Mode, you'll be able to see the in-game clock to keep you right. 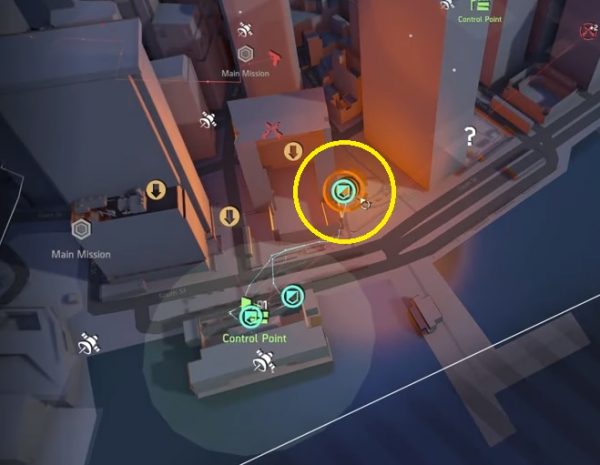 Once you've interacted with the generator, the lights in the centre will come on then go off again. After that, you need to go and find the four missing flags. The first one can be found at the waterfront Control Point; if you've not cleared that area, you won't be able to find it, so make sure it hasn't been captured. Head into the Loot Room and head out the back, down the ramp and you'll see a flag in front of the boat on the floor.

To get the second flag, head to Pier 26 and go underneath the bus archway, hug the wall to the right and you'll eventually come across another flag in amongst the leaves and rubble. For the third flag, head towards the Celebration Hotel Control Point. There should be a building on top of a pile of rubble with a yellow tarp on it, so go ahead and climb up. Follow the route to the right and just before the ladder, you'll see a flag on the floor.

To get the fourth and final flag, head over to the area that's flooded with water near the Food Bank Safe House. Head over to the large yellow machine and interact with it to drain the water from the area. Turn around and a flag will be revealed in the corner once the water has drained away.

Now that you've found all four flags, you'll be able to spawn the Hunters. Return to the first location with the flag poles and interact with them to hang the flags you've found. Interact with the generator once more and the Hunter will then spawn in the middle. Once defeated, he'll drop the Divide mask and an off-white key.

That's it! If you need more of a visual guide, you can check out the videos from our buddy Arekkz. We'll be updating this page with new masks as we find them, so check back soon. If you're still looking for the Year 1 Hunter masks, check out our guide here.