This year may have been sour in the real world, but when it comes to shooters, it's been a big winner. 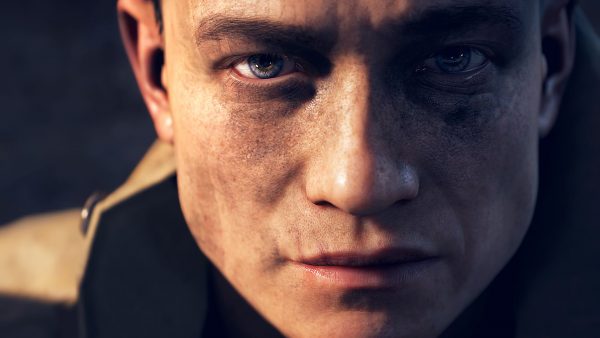 The shooter genre has had a banner year in 2016, both in terms of the number of shooters released and their high quality. What’s even more impressive is that most of them didn’t even have to release in the fall/holiday period, otherwise known as Shooter Season.

Thanks to new games and classic franchise revivals, we’re ending the year with a very rich catalogue, one that includes different takes on the genre both in first and third-person. For the first time in a long while, the space has seen true gems outside of the yearly Call of Duty and Battlefield releases.

We’re going to list the best shooters of all kinds that came out in 2016 here. This includes games that were previously in Steam Early Access but saw an official release in 2016.

The games below are in no particular order: 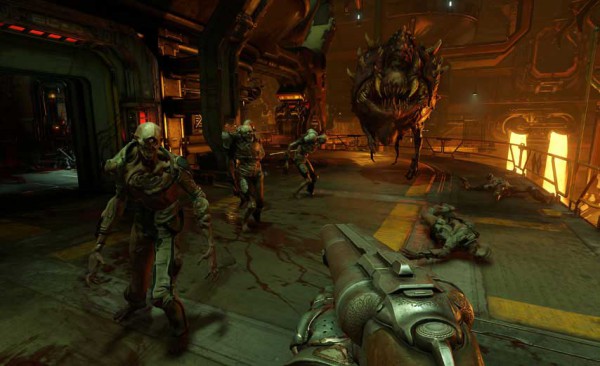 "Every mission is a masterpiece of level design, comparable to Carmack and Romero classics."

There’s a very high probability you clicked this article looking for Doom. It’s also very likely Doom is the first thing that comes to mind when you think of 2016 shooters, and you’re not alone.

Doom’s success was surprising and welcome in equal measure. I don’t mean commercial success, I mean the game’s ability to finally figure out a way of making the classic arena-style, encounter-based design work in 2016. I am mostly talking about the single-player here, the multiplayer is terrible and they should really decouple it from the package.

Id Software has been struggling to nail down what a modern Doom game looks like for years, but the studio made the right decision by going in the opposite direction everyone thought it would: the past. Every Doom mission is a masterpiece of level design, comparable to Carmack and Romero classics, full of exciting and challenging encounters, meaningful collectibles, and satisfying platforming sections.

From the brutal executions you occasionally do to refill your ammo - that don’t halt the incredible speed of the game’s flow - to your arsenal of no-ADS weapons that shoot with heft and send your foes back reeling, there’s very little not to like about Doom.

Doom’s gameplay loop coupled with its maze-like levels mean frequent playthroughs are more enjoyable and adventurous than perhaps any other game with a single-player campaign on this list.

It's also an absolute joy to watch skillful playthroughs of, where you can really see someone rip and tear without ever needing to hide behind cover, dispensing death at every moment. 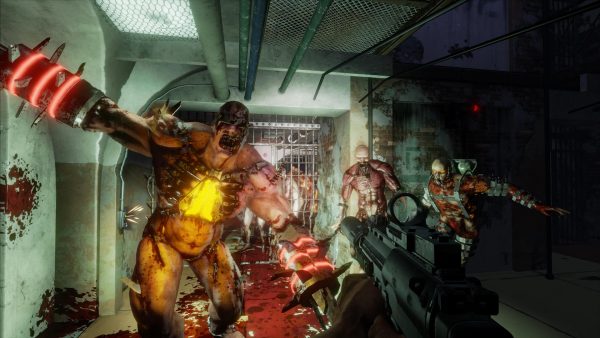 Killing Floor 2 was technically released last year on Steam Early Access, but it lacked much of what made the original great and didn’t quite have enough content.

"You can switch classes at any moment, because the game is built on a solid, infinitely replayable loop that doesn't need artificial padding."

Fast forward to November this year, and we’re looking at a worthy successor to - as far as I am concerned - the best co-op zombie shooter that exists. Killing Floor 2 is a simple game in its goals and presentation. Your job is to pick a spot in the map where you'll be standing with five other players, each covering a corner and shooting zombies that come your way. At the end of each round, you spend some of the credits you earned to buy better weapons, armour, and gadgets.

If you’re tired of seeing every Call of Duty Zombies iteration fill their levels with a 100 items that need activating in a certain order and feel like you can no longer find a group of players that just wants to blast zombies instead of worrying about this Easter egg or that secret, Killing Floor 2 is the zombies shooter you should be playing.

Though it has a simple structure, Killing Floor 2 is far from a hollow game. The easy-to-follow setup only helps you focus on what really makes it shine. The core shooting mechanics of Killing Floor 2 are why many return to it over and over. There is no zombie shooter out there that puts so much thought into weapon handling and characteristics than this game. Every weapon feels and sounds great to shoot, and the enemies react in the ways you'd expect them to.

The game’s other pillar is the in-level progression. Much like a Counter-Strike – or MOBA – round, you’re gaining power multiple times during a match. The different classes available is another layer on top that invites you to specialise and pushes you to do better so you can earn enough money for that late-game weapon.

And yes, you can switch classes at any moment, because the game is built on a solid, infinitely replayable loop that doesn't need artificial padding. It all comes together nicely in action to form a fun and engaging experience that only worries about the things it can do best. 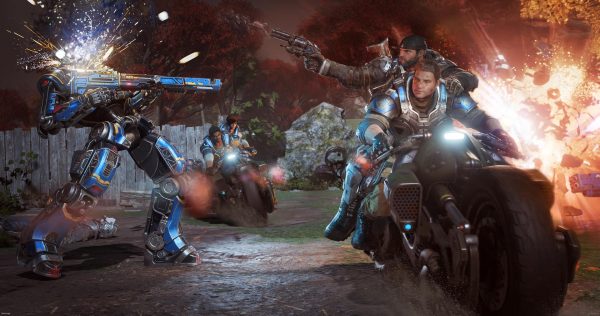 Between Gears of War 4, The Division, and Quantum Break, this year wasn't exactly short on third-person shooters. Out of all three, however, there’s only one worth mentioning here.

"There’s no denying Gears 4’s set-piece design and fluid cover-to-cover movement is the best it’s ever been."

Gears of War 4 mechanics are, by and large, the same ones you saw in Gears 3 and Judgement, only refined. If you didn’t like them then, there’ll be little for you here. That said, there’s no denying Gears 4’s set-piece design and fluid cover-to-cover movement is the best it’s ever been.

The introduction of new enemy types force you to constantly be on the move, only sticking to cover when it makes sense. The new weapons help add new fireworks to an already exhilarating party. But that’s not all, Horde mode, otherwise known as the thing people bad at Gears multiplayer love, has seen a considerable upgrade. From the varied classes that bring a tactical layer to what’s usually been a camp-in-this-corner affair, to the cards and perk system that give you something to work towards, it’s all been a blast.

It would be remiss if I didn’t mention how the game's multiplayer runs at 60fps for the first time - which really is a game changer, or the supremely optimised PC port. These are all feats first-time Gears developers at the Coalition accomplished with Gears of War 4, and it’s all the better for it. 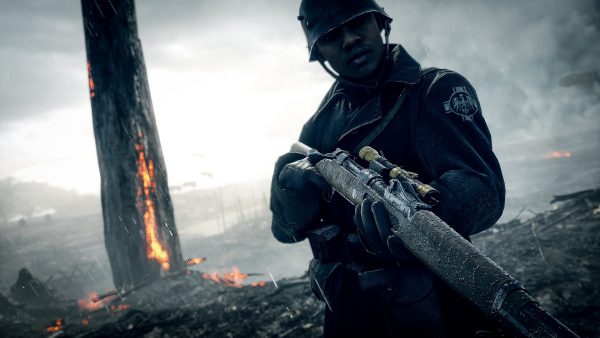 "It's still the only game that offers this scale of combined arms warfare and deep customisation options that give you complete control."

We don’t get a Battlefield game every year, but when we do, it’s always a special occasion. Battlefield 1 is not an exception to this rule, but, perhaps not quite willingly, DICE set such a high standard all of its future work will be judged by.

Battlefield 1 is DICE’s genuine attempt at making all the complaints about its games vanish. There’s a single-player campaign that’s not terrible or disjointed, the era choice of WW1 solved many of the issues that came with high-tech weaponry in Battlefield 3 and 4 - even destruction, a core tenent of the series, has seen some upgrades.

I could waffle on and on about how every weapon, every vehicle, and every objective run in Battlefield 1 is fun and exciting to use and be part on, or how it yet again sounds better than any other multiplayer shooter on the market, or how it's still the only game that offers this scale of combined arms warfare, or the deep customisation options on offer that give you complete control.

But I won’t, because you already know all of these things are true. If there’s only one multiplayer shooter worth playing this year, this is it. 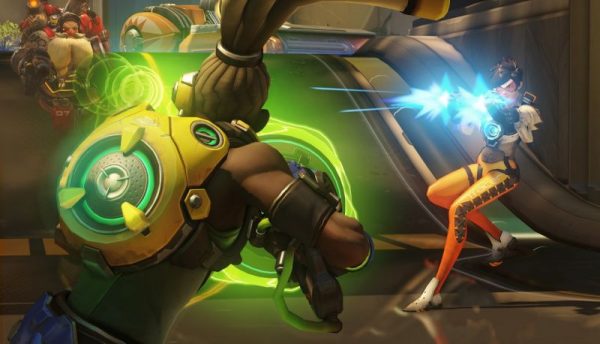 Overwatch didn’t get on this list because of its average shooting mechanics, static levels or limited weapon variety. No, Overwatch is here because despite all that, it’s still one of the best shooters of the year, certainly the best team-based one.

"Overwatch is, without a doubt, the most inviting shooter of the year."

From the diverse character roster all the way to the elaborate hero skins that're worth chasing, there’s more than a few things to like about Overwatch. Even its apparent lack of "modern" gameplay features ends up working in its favour.

The levels are static because it’s a tactical game that encourages learning the map. The shooting mechanics are not the best because there’s technically one character with an assault rifle, and shooting is not the only ability at your disposal most of the time.

The diverse characters - both in terms of function and race/ethnicity - come together to form a rich roster. This diversity brings depth and breadth to the game, and it's one reason players keep coming back to it. The individuality of each hero makes for interesting matches because of the number of different combinations one team could have.

This also makes each character recognisable by teammates as well as enemies, so you can instantly know who you’re going up against. Overwatch is, without a doubt, the most inviting shooter of the year, thanks in no small part to its colourful presentation and generally easy-to-pick-up mechanics.

"The most powerful weapon in Titanfall 2’s arsenal is the many surprises its campaign offers."

Is Titanfall 2 the most undervalued game on this list? Maybe. Critics certainly loved it, but not many people bought it. Titanfall 2 is, in essence, a true sequel in every sense of the word.

Everything you liked about the original is here, improved and iterated upon. The things you didn’t like, gone, and along came a few more to replace them. The removal of Titan loadouts was a good move, so was the increased number of weapons and Pilot abilities. The Titan/Pilot dynamic was the best thing about the original, and the sequel only makes things better.

But that’s all in multiplayer, and we can’t mention Titanfall 2 without talking about its stellar single-player campaign. This really would be the single-player of the year had Doom not come out in 2016.

The most powerful weapon in Titanfall 2’s arsenal is the many surprises its campaign offers, so I won’t spoil any of them here. But just know that this isn’t your typical corridor shooter. The Titanfall 2 campaign is truly a showcase of everything that makes the core gameplay great. 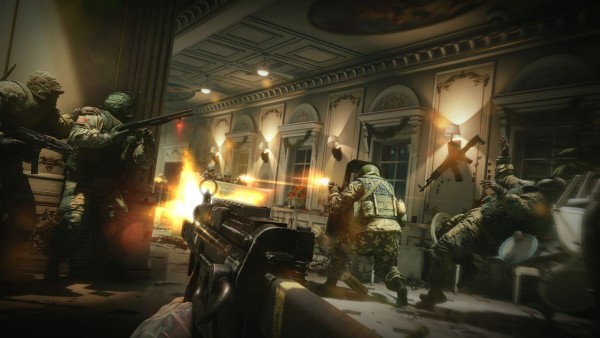 "Everything the community reacted negatively towards since launch has been changed."

We’re violating our made-up rule here for Rainbow Six Siege. Yes, it released last year, but Ubisoft Montreal breathed new life into it this year, and that’s not just me talking.

It's in 2016 we got the various content drops of new operators and maps, and it's also when the game scrapped its anti-cheat system in favour of a better one. Everything the community reacted negatively towards since launch has been changed. Nothing was off the table for Ubisoft Montreal.

Siege is an example of how to support a live game, a true digital product that cares not about physical sales and only exists for and around an active online community. A big part of this is that all maps are free, and the rest can be earned using in-game currency. The intermittently available $15 starter edition was also crucial in why Siege continues to have legs.

As someone who started off on PS4 and moved to PC at the start of this year, I am very satisfied with how Siege feels to play, how it sounds, and the opportunities it presents in each round. To me, a game like Siege belongs on PC, but that should not take away from your enjoyment of the console version.

But PC or console, it’s safe to say many fell in love with Siege in 2016, or better yet, finally managed to get into it.