In a recent blog post detailing their vision for the mobile version of Super Meat Boy, Meat Boy and Binding of Isaac desginer Edmund McMillen also took the time to voice his opinion on the current state of mobile games.  He's not exactly pleased...

"To us the core of what is wrong with the mobile platform is the lack of respect for players, it really seems like a large number of these companies out there view their audience as dumb cattle who they round up, milk and then send them on their way feeling empty or at times violated.

"There is an on going theme these days to use a very basic video game shell and hang a "power up carrot" in front of the player. The player sees this carrot, and wants it! all the player needs to do is a few very rudimentary repetitious actions to attain it, once they get to it, another drops down and asks them to do more... but then the catch... instead of achieving these "goals" by running on the tread mill, you can instead just pay a single dollar and you instantly get to your goal! better yet pay 10 and unlock all your goals without even having to ever play the game!" 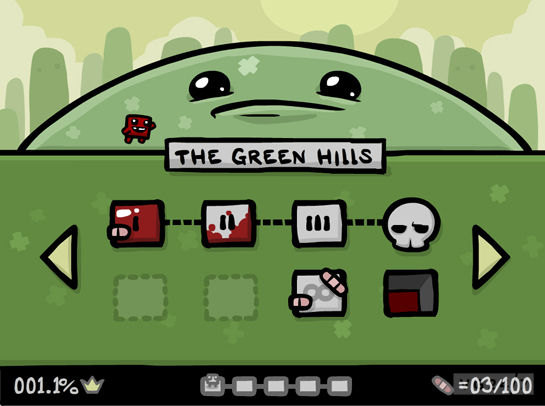 "Words can not express how fucking wrong and horrible this is, for games, for gamers and for the platform as a whole... this business tactic is a slap in the face to actual game design and embodies everything that is wrong with the mobile/casual video game scene. "

"What im trying to get at is, we are approaching development to SMB:TG with very open eyes, we want to make a game that WE would love to see on the platform, a feature length reflex driven platformer with solid controls that doesn't manipulate you with business bullshit in order to cash in. We want SMB:TG to show the player we respect them, not only by not manipulating them, but also by understanding they want a real challenge and they want a real sense of fulfillment when they have achieved something that's difficult... you know, like real games do."