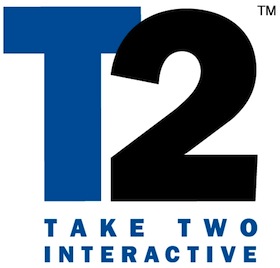 Digitally delivered content up 244% year-over-year, accounting for 23% of company profits.

For the period ending December 31, 2012, net income from continuing operations was $70.9 million, with the strongest contributors being the release of NBA 2K13, continuing sales of Borderlands 2 with nearly 6 million sell-in to date, the release of XCOM: Enemy Unknown, and catalog sales led by Grand Theft Auto 4 and Red Dead Redemption.

"Take-Two's positive business momentum continued in the third quarter, enabling us to deliver growth and profits that exceeded our outlook," said Strauss Zelnick, chairman and CEO.

"Our results benefited from the record-breaking launch of NBA 2K13, along with continued strong demand for Borderlands 2, the successful launch of XCOM: Enemy Unknown, and robust holiday sales of our catalog and growing portfolio of digitally delivered offerings.

"With consumer anticipation building for the launches of BioShock Infinite and Grand Theft Auto 5, we are well positioned for a solid finish to fiscal year 2013 and substantial revenue and earnings growth in fiscal year 2014."

During the call to investors, Zelnick would not be drawn on questions pertaining to next-gen, or GTA 5 going next-gen but stated that Take Two goes "where the audiences are," and supports all all release initiatives if feasible.

"We are not rule-based," he said. "GTA 5 will blow everyone away and not one gamer will hold out on it waiting on something better to come along."

"Assuming next-gen consoles are coming - and some of us think they are, Take-Two will have extraordinary offerings." - Zelnick

"Assuming next-gen consoles are coming - and some of us think they are, Take-Two will have extraordinary offerings when it comes," he said.

XCOM: Enemy Unknown has seen strong digital sales and a near 90 average review score on Metacritic, and a third DLC is planned for later this year.

Major League Baseball 2K13 is planned for release on March 5, and will feature Tampa Bay pitcher David Price as the cover athlete.

The firm's upcoming release line-up is as follows:

For the three months ending December 31, 65% of sales came from North America and 35% internationally.