There's quite a bit of information to relay out of the financial report. Grab a cup and a snack before heading into it.

Lifetime Switch sales reached 17.79 million units for the fiscal year ending March 31, 2018. The figure is up 2.93 million units compared to 14.86 million reported for the third quarter in January.

Nintendo president Tatsumi Kimishima told investors in May 2017 the company planned to ship 10 million Switch units by the end of the fiscal year. It succeeded.

Now, Nintendo is projecting 20 million sales by the end of its current fiscal year, ending March 31, 2019.

In the previous financial year, Nintendo shipped 2.74 million Switch units, but the console had only been available for one month during the period. The firm had estimated 2 million units would be sold.

Lifetime Switch sales by region: 7.14 million total in the Americas, 4.38 million units in Japan, and 6.27 million in Europe and other regions.

This bring the total number of million-seller titles during the fiscal year to 12, including third-party software publishers.

The Legend of Zelda: Breath of the Wild sold 5.72 million for the year ending March 31. Broken down it sold 7.0 million in Japan and 5.01 million units overseas. Lifetime sales of the title on Switch are 8.48 million units and 1.5 million units on Wii U.

Breath of the Wild is now the best-selling Zelda game in the franchise, with 9.98 million units sold. The previous best-seller was The Legend of Zelda: Twilight princess with lifetime sales of 8.85 million units.

On the 3DS side of things, Pokemon Ultra Sun and Moon sold 7.51 million units for the fiscal year. The game was released on November 17, 2017, which indicates it's selling around 1.88 million units per month. 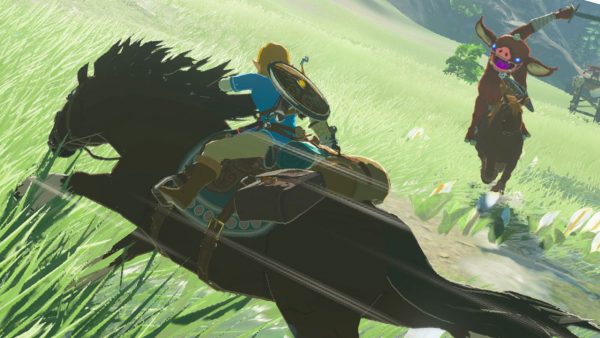 Nintendo also announced in its year-end report company president Tatsumi Kimishima would be retiring come June 28. He will maintain an advisory role within the company.

Kimishima took over as company president after Satoru Iwata passed away in July 2015. He was previously head of Nintendo of America before Reggie Fils-Aime took the position.

Shuntaro Furukawa will take over for Kimishima. Furukawa is Nintendo’s managing executive officer, among other positions.