Hands up if you remember Superfrog, the retro Amiga platformer heavily endorsed by sports drink Lucozade? Developed by Worms studio Team 17, the green bounder is coming back in HD to PS3 and PS Vita this year.

In a post on PS Blog EU, Team 17's managing director Debbie Bestwick said, “We’re extremely excited about bringing Superfrog HD to PS3 and PS Vita; it’s the most requested game that our fans are always asking to see make a return.

"Now, with the 20th anniversary of the original Superfrog and the recent re-release of our classic survival-horror Alien Breed, we feel the timing has never been better.”

The platformer was well-received back in the day, so I'm sure retro fans will get a real kick out of Superfrog's return. 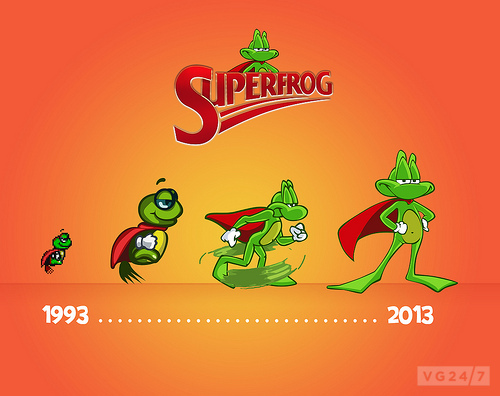