Super Mario 3D World does things only Mario games can, but how does it stack up against the Galaxy series? VG247's Dave Cook takes the final code for a spin to find out. 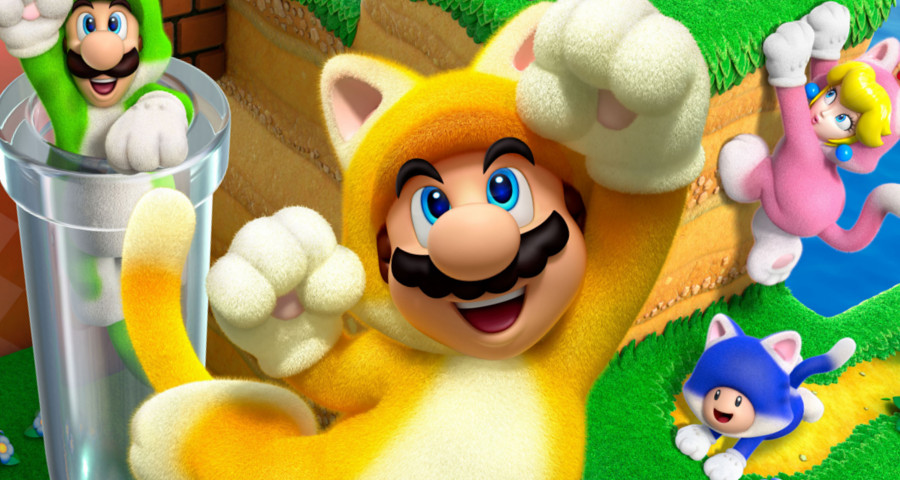 It'd take something pretty bloody spectacular to top the brilliance of Super Mario Galaxy. While it's clear Super Mario 3D World doesn't follow the same template as its predecessor, it's still a thoroughly enjoyable and imaginative platforming experience that Nintendo has long made its own. This particular brand of platformer simply doesn't exist elsewhere, and I get the impression it'd be foolish for other publishers to try and emulate it. No one does this better than Nintendo. Period.

So while Mario's inaugural 3D outing on Wii U doesn't follow the same planetoid format as Galaxy, it's still a truly superb entry to the series. True to form, Shigeru Miyamoto and his team have crafted some ingenious mechanics that - in many cases - only last a single stage, but what they do is ensure that the tempo of levels keeps bubbling along at an enjoyable pace. You're never too far from a new trick or toy that makes you approach the format a little differently. This is an exemplary title, even if it falls short of Galaxy's stratospheric achievement.

Seeing as Princess Peach is a playable character - and in my opinion, the best one thanks to her floating jump from Super Mario Bros 2 - Bowser has to focus his kidnapping ways elsewhere. This time he's captured a troupe of ludicrously adorable fairies and bottled them up in jars, spreading them and his legion of minions across the land. What follows is a charming, addictive and colourful adventure across many themed worlds. Mario's stock of classic moves has returned across all characters, including his butt stomp, crouching jump Fire Flower power-up, and the Tanooki suit.

This arsenal has been bolstered by the all-new Cat Suit, which gives the heroes a new claw swipe attack, gliding air pounce and most-usefully, the ability to climb up sheer walls for a little while. There's also an ice skate variation on the Goomba shoe in some ice levels, cannon helmets and more. It's a superb mix of mechanics and powers that make traversal across every stretch of platforms, sliding platforms and hazards a joy to navigate. One stage even sees you riding a dinosaur named Plessie down a series of waterfalls to the penguin race tune from Super Mario 64. There are many nostalgic moments like this that I won't spoil here. Just know there's a ton of fan service.

I'm 30 now, so I really do appreciate those retro-flavoured nods to my youth. They're an utter joy to witness, but I actually felt my age was a factor. The game felt quite easy for seasoned players who have grown up with the Mario format, and I had to keep on reminding myself that these titles are aimed at children in the first instance. I breezed through each stage while my life counter rarely dropped below 50. Collecting all three hidden stars dotted around each stage proved a cakewalk, and while I really did enjoy this game immensely, I yearned for the taxing puzzles of Super Mario World's ghost houses, or the punishing brutality of Super Mario Bros. 3's notorious World 8. 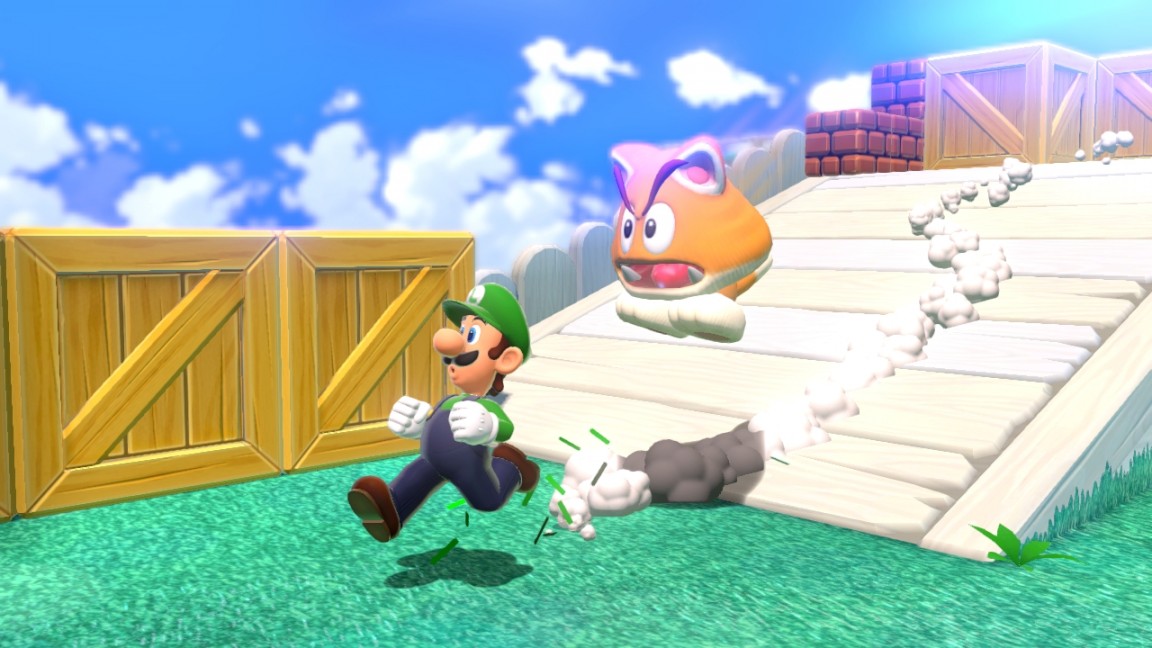 To be fair, some stretches are harder than others, especially where the cherry power up is involved. Each time you collect it your character multiplies, and it's possible to have four Marios running around at once. Navigating them over fireballs and shifting platforms is a real test of coordination and I found these moments to be the game's difficulty peak. Everything else was a breeze personally, but to dock the game based on challenge alone is to spit in the face of its charm, the fluid beat of its platforming and its wildly imaginative mechanics. It simply cannot take away from what is largely an inventive, inviting experience.

Making Super Mario 3D World a co-op experience adds emergence into the mix. You can sprint around and have a laugh with mates as you hop around and throw each other through the air. I can see this being an absolute blast for families and siblings alike, so it's definitely a plus-point in the game's long and positive checklist of features. All this considered, as a debut on Nintendo's latest console, Super Mario 3D World stands as further proof of the company's mastery over the genre, to the point that its only true competition are previous Mario titles.

While I personally felt the game was outshone by Galaxy, there's no denying that it's a fine entry to the series and one of the generation's best platformers. It should serve as proof that whatever problems you may think Nintendo has with the Wii U, that it's not compromising when its mascot is concerned. I'm excited for whatever comes next in the plumber's home console career. Bring it on.

Disclosure: To assist in writing this article, Nintendo sent Dave a Wii U download code for Super Mario 3D World.