The game was apparently called Prophecy, and footage was originally shared on Reddit. After being taken down twice, the 11 minute gameplay clip was uploaded to Google Drive, and is still viewable at the time of writing this article. You should be able to watch it below.

The clip begins with a statue of a former king being torn down in an ostensibly industrial town. You play a man named Abel, who is on a mission to uncover the underground chambers hidden beneath the "scarred city" he inhabits. Unfortunately, Abel has a huge bounty on his head and has to keep to the shadows as often as possible.

From the trailer, we can see that the game plays out in a third-person perspective. The combat appears to be roguish - Abel starts out with a dagger, and even when he finds a sword he relies on some kind of alchemy more so than brute force.

Interestingly, there are a lot of gameplay similarities between Prophecy and Sucker Punch's latest release, Ghost of Tsushima. There are shimmy-based loading screens, and alchemy looks a lot like Ghost weapons. On top of that, traversal beneath floorboards as a means of stealthy infiltration confirms that although Prophecy appears to have been at least conceptually ditched, the DNA of its systems is definitely visible in Ghost of Tsushima. 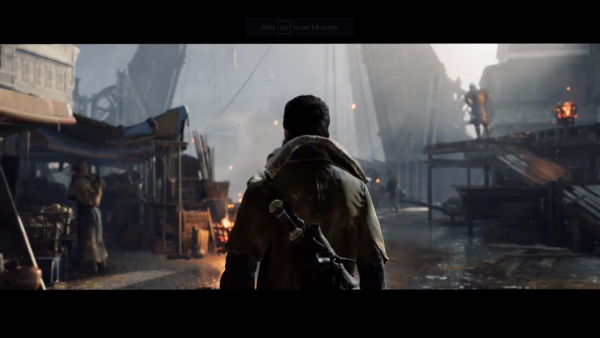 It's unclear to say how far Sucker Punch was into developing Prophecy, but the visuals are pretty good, and the mechanics appear to be relatively robust. Facial animations are a bit rough, though, so it seems reasonable to say that there was a solid base intact, but it still likely would have required some polish prior to shipping.

My guess is that the plot juxtaposed Abel's personal search for the "chambers beneath this scarred city" with the simultaneous goal of preventing its inhabitants from "claiming their secrets for themselves."

"Should that happen, all of this will burn," says Abel at the end of the trailer. 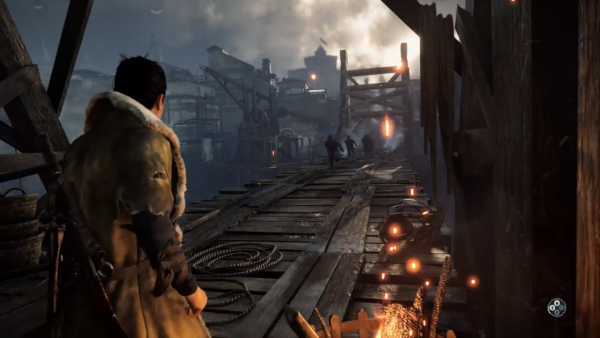 Prophecy looks very interesting, I think, and it would be a shame to hear that it has been officially cancelled. It looks far up my street than Ghost of Tsushima, at least.

If you're considering purchasing Ghost of Tsushima for yourself, be sure to check out our review first.