Unknown Worlds is taking on the grey-market storefront after losing hundreds of thousands in illegally-obtained copies.

G2A does stock the studio's breakout underwater sandbox, Subnautica. But it's not the developer's breakout submarine sandbox that's landed them in trouble.

As per G2A's tenfold chargeback program, the store should now be paying Unknown Worlds a handsome $300,000 in compensation. Blimey.

Hey @G2A_com - thank you for offering to pay 10x the revenue lost due to our @NS2 game keys sold on your shady platform. CC @RaveofRavendale

G2A hasn't yet made a public response. But - as with Factorio dev Wube Software - the store will probably stress needing an independent auditor on the scene to check the chargeback. Since discovering the breach, Unknown Worlds has had to temporarily close its own store, and deactivate keys hapless purchasers picked up from G2A. 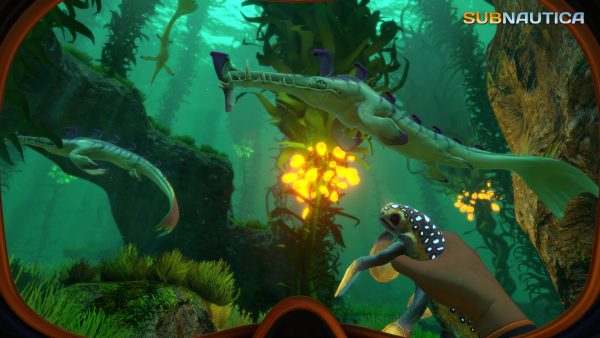 Unknown Worlds is, naturally, none-too-happy about the situation. It doesn't claim to have asked to have its games sold on G2A's store and has suffered a hefty fine as a consequence of it being listed there. Founder Charlie Cleveland has joined No More Robots founder Mike Rose and others in calling for indie games to be taken off G2A.

"It's terrible to put the impetus on developers to have to take action with G2A to get this proposal moving in the first place, while G2A profits off grey market sales and credit card fraud."

Cleveland feels excuses that G2A's proposed key blocker tool is "expensive to develop" are bogus. He also finds the store's policy of naming developers who don't wish to be listed on its platform is suspect. A call to rally store-loyal fans into harassing studios who don't bend the knee.

"Mike Rose is right - it IS better for players to pirate than buy a key off G2A."