Namco's back, packing Dark Souls, The Witcher 2, Ace Combat, Armored Core and Ridge Racer into a full-powered, 12-month assault on the top-flight. 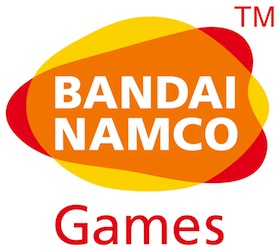 International publisher for The Witcher 2: Assassins of Kings.

Multiple 3DS titles expected over the course of year.

Namco legacy portfolio gets its first major worker since the Bandai merger in 2006.

More titles to be announced at Namco's European showcase in early May.

Namco Bandai is more than just a games publisher. In its home territory, the Japanese company sometimes pulls in just as much revenue from toys and hobby kits as its games content, and that's only part of its portfolio.

Abroad, things are different. Without the strong arcade culture and collector ethos of Japan, games have to be Namco Bandai's first priority - something the coming year's line-up more than communicates.

Shoot for the skies

Despite consistently delivering on big licenses and its own strong properties, fostering Western development and taking on local publication of Japanese titles which might otherwise not see the light of day, Namco Bandai Games has traditionally been considered an also-ran.

Be warned: that's about to change. On top of increasing its distribution efforts - Namco Bandai is now the sole Square Enix outlet in Australia, for example - the publisher is finally making a solid push for the top ranks.

Its strategy? Building on an already-strong line-up, diversifying, and promoting brand awareness with the core gamer. This could well be its year.

While most publishers take a little breather before plunging into summer, Namco Bandai has a broad range turning up in the first quarter of its financial year.

By far the biggest of these is The Witcher 2: Assassins of Kings, which drops May 17. Although this core PC RPG will see multiple digital editions, several attractive physical releases packages mean Namco's decision to take on international release for the Polish-developed title is likely to pay serious dividends.

New translations of The Witcher series of novels is driving interest, but CD Projekt's commitment to ongoing support and intensely weighty titles are a draw. A must-buy for serious RPG and PC fans.

Another international publishing agreement sees Namco Bandai joining the 3DS "launch window". Sometime during spring we're expecting to see Dream Trigger 3D, a D3P production which looks to be in the same line as Rez or Child of Eden. The arcade shooter has an emphasis on music, with players using sonar to hunt down enemies.

Namco Wii fitness title, Exerbeat, will release on May 13, and is set to ride the boxercise and dance trends to combine martial arts and rhythm. Investors like this kind of thing.

Over summer, 3DS should begin to hit its stride in terms of available games. We'll see Angler's Club: Ultimate Bass Fishing 3D and Pac-Man & Galaga Dimensions. The latter bundles together three versions of each title, including a port of the original race games with a 3D cabinet effect. Dual Pen Sports joins the ranks in July. Not to neglect a faithful platform - or a lucrative license - the DS will see One Piece Giant Battle over summer.

Budget title Earth Defence Force: Insect Armageddon releases for PlayStation 3 and Xbox 360 in July. The follow-up seems to be part of an ongoing initiative to turn out small, dense experiences and woo the cult dollar. The co-op play should make for good school holiday material, too.

In late 2011 by best estimate, one of this year's most controversial potential blockbusters will make an appearance: Dark Souls. From Software's follow up to the slow burn bestseller, critical darling and cult hit Demon's Souls isn't expected to pull any punches. It's not going to be everybody's cup of tea, but never underestimate the user-base for punishing and beautiful games: Namco Bandai is sitting on a likely game of the year here. Expect it to hit hard and sell extremely well.

February should see the severely-delayed Inversion arrive on both major consoles. The third-person physics-based shooter combines destructible environments and gravity-based action and puzzling, and was pushed back a whole year for a serious makeover.

Namco Bandai's love affair with From Software is also set to continue with Armored Core V. The versatile developer is well known for the Tenchu series and dark RPGs, but its mech combat sims are a legend in themselves. This latest offering has been a long time coming and may cause robot fans to suffer massive nosebleeds, especially as it comes equipped with online multiplayer. Word to the wise: watch this carefully.

Somewhere in this, Namco Bandai will pull one of its major guns: Ace Combat: Assault Horizon. No release date has been confirmed, although if it's at all possible, it'll probably be squeezed into the summer quarter. The arcade fighter jet action series is one of Namco's treasured legacy properties, developed internally. This is the franchise's second visit to the real world and so far looks like an explosively good time on PS3 and Xbox 360. Again: pay attention. The firm's aiming for a CoD-in-the-air feel, and everything's looking good so far.

Speaking of heavy artillery, here comes one of the biggest corssovers in the business: Tekken x Street Fighter. It goes without saying that piling together two of the most recognised and beloved fighting casts into one massive pile up will produce an epic. Outspoken creator Katsuhiro Harada and Capcom's Yoshinori Ono have been coyly teasing a major reveal for the game, so expect news soon.

Namco's next 12 months will likely signal serious core entry and prime a bright future. It's about time.