Valve has lifted the curtain on its Steam Machine prototypes as part of a Seattle Times article. Get photos of the rig and insight from the designers here. 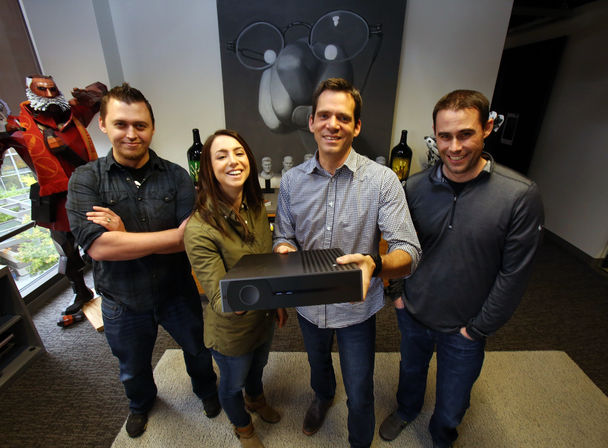 The photos were published as part of the Seattle Times article, and taken by Ken Lambert.

They follow Valve's Steam Machine announcement, during which the company disclosed its plan to bring PC gaming into the livingroom in new ways, along with system specs.

During the article, designer Greg Coomer said that Valve wants to make the PC better as an entertainment platform, and added, "We think the PC [Original Equipment Manufacturer] space ought to have been doing this for quite some time.

“Really, every year you could watch one PC OEM or another say, ‘We are going to build the entertainment PC for the living room’ and build something that lives under the TV. “They would often do pretty well at cooling or industrial design, but that was only a fraction of the problems they need to solve for customers to have a good entertainment experience in the living room.”

Do you feel that SteamOS, the Steam controller and these Steam Machines are capable of delivering that entertainment experience? Let us know below.