Valve has released a new app dedicated to Steam Chat.

Steam Chat, which recently received a massive overhaul that made it a lot more similar to Discord, never got its proper due on mobile.

Though there's obviously a Steam mobile app, the chat functionality within it is limited to the pre-update features. It works, but it's nowhere near as feature-rich as its overhauled counterpart.

This is likely why Valve decided to spin it off into its own thing. Splitting chat away from the main app has been getting increasingly popular, as we've seen with the PlayStation app. 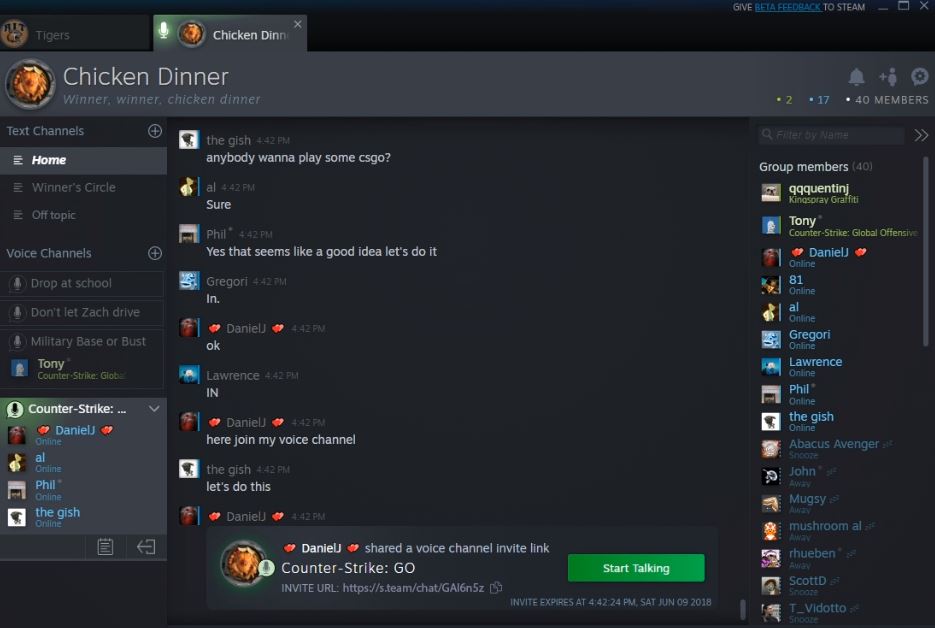 The new Steam Chat app - available now on Android and iOS - is pretty much identical to what PC players have been using for a while. You'll get access to your Steam friends list, and be able to join user and group chats.

Rich chat, which is a fancy term for supporting links, GIFs and other media within chat windows, is supported. The app also lets you invite people outside your Steam friends circle to chat, much like Discord.

Separately, Valve revealed it's working on revamping the main Steam app to allow for better security and more ways to log in.