The most recent Steam sale let players pick the categories and games they want to see in the annual Steam Awards.

Today, Valve has revealed the full list of categories and nominees for the 2017 Steam Awards. As always, don't expect the typical genre-based nominations, as Steam likes to do these awards differently each year.

There are 13 categories in total, and each one becomes available to vote on for one day, starting later today and until January 2. Voting starts at 10am PT every day, which is 1pm ET, 6pm UK, 7pm CET. Winners will be announced on January 3.

Given the timing of the voting schedule, Steam's final sale of the month will most likely kick off later today, as we've come to expect. 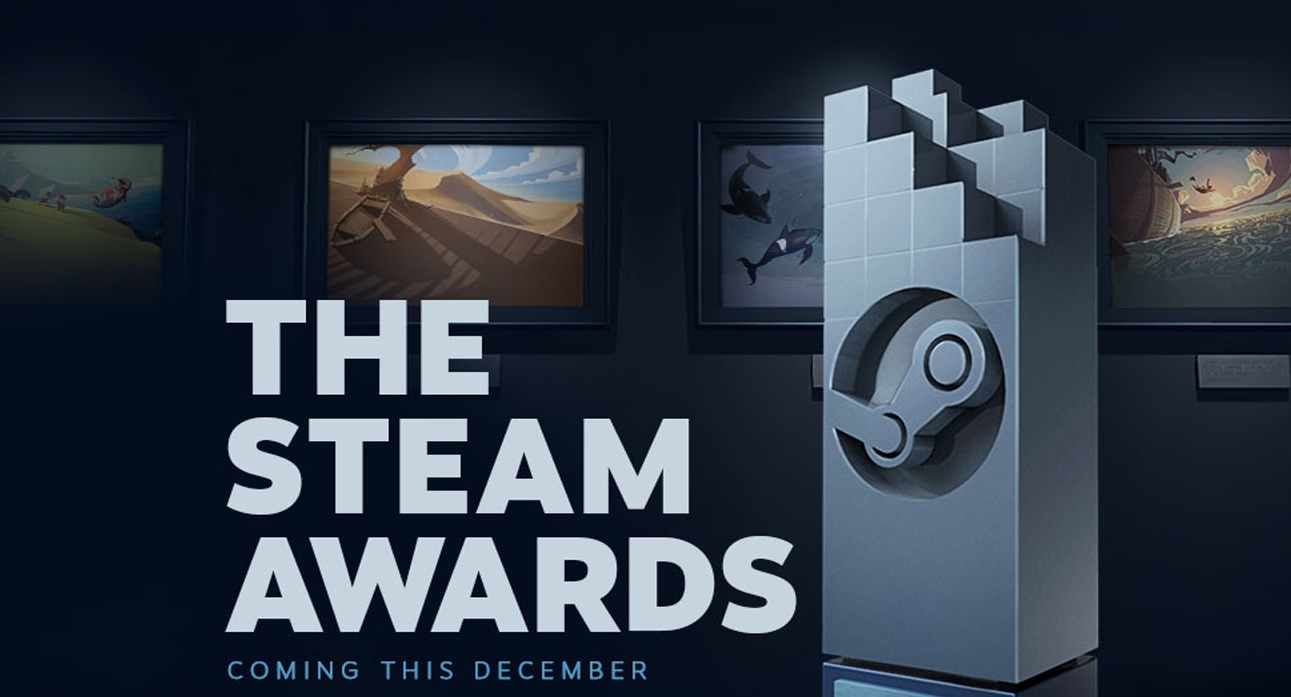 See all the Steam Awards 2017 and their nominees below:

The “Choices Matter” Award - games are about agency, and this award is for the game that has it in spades. Maybe it’s because there are 31 ways you can breach into a villains lair. Perhaps there are dozens of potential partners for you to build a romantic future with. Or maybe you find yourself constantly saying “Where oh where should I plant those turnips”? In all three scenarios there is a common bond: the choice was always yours.

The “Labor of Love” Award – this game has been out for a while. The team is well past the first unveiling of their creative baby, but being the good parents they are, these devs continue to nurture and support their creation. This game, to this day, is still getting new content after all these years.

The “Suspension of Disbelief" Award – let’s be honest: games can have some pretty ridiculous elements in them… from the stories that drive the action, to the items required to conquer obstacles, to even the protagonists themselves. This award is for the game that has a key component, which when described out of context, seems totally insane, but while playing the game doesn’t even make you bat an eye, because in the moment it makes total sense.

The “The World Is Grim Enough Let's Just All Get Along” Award – games delight and entertain us, giving us much needed breaks from the sorrows and low points of our lives… and let’s be honest, for a lot of people it’s been a rough 2017. That is why the SASC has chosen to celebrate a game that doesn’t involve combat or conflict.

The “No Apologies” Award – this award is for the game that you love unconditionally. Does it have some faults? Maybe. Do other people not understand your love for it? Sure. But make no mistake. There is no guilt here. Only pleasure.

The “Defies Description” Award - this game is like... well actually it's more similar to...picture a combination of... ya know what, I can't describe it, just play it.

The “Cry Havoc And Let Slip The Dogs of War” Award - The Bard said it best. This game doesn't necessarily offer the biggest explosions... it offers something better. Potential. Potential to be a rampaging force of nature. Or not. Who knows. You're an agent of chaos and no one is going to tell you what to do.

The “Haunts My Dreams” Award – this award is slightly a misnomer, because this game doesn’t just haunt your dreams. It consumes your thoughts every waking moment of the day. This game doesn’t demand your time. You give it willingly.

The “Soul of Vitruvius” Award - the Vitruvian Man was Leonardo’s celebration of the ideal form. And in that spirit the SASC looks to celebrate the game with the most lovingly rendered character… be it human, alien, anthropomorphic cat people, or even a piece of produce.

The “Whoooaaaaaaa, Dude! 2.0” Award - the Academy wasn't clear enough in the awards description last year. Let's try this again. This award is for the "Fear and Loathing in Las Vegas" of video games.

The “Best Soundtrack” Award - there are very few things that can enhance a game better than music. The right song can set the tone for every aspect of gameplay, from simple exploration, to climatic boss fights. This award is for the soundtrack that captured the essence of their game so perfectly that it effortlessly immersed players into the game world.

The “Even Better Than I Expected” Award - we’ve all been there. You get super excited for a game, you pre-order it, and you anxiously wait as it downloads. Then you finally play it. How do you feel now? If the answer is “Elated beyond words because even I, a conductor aboard the hype train, was blown away with how good this thing was” then you have found the perfect candidate for this award.