Stardew Valley’s multiplayer update shouldn’t be too much longer now. The game’s original developer, Eric Barone, has assured fans of the farming sim that, hay, development is going well.

It took Barone a long time to get Stardew Valley released, but that’s because he was working on it alone. Completely alone. Barone did everything in the game: art, game design, music. Everything.

In fact, he did everything a few times over as his skills increased and he went back over things to make his older work look as good as the new stuff.

Now he’s off working on a new game, but Stardew Valley’s multiplayer mode is in the capable hands of his publisher, Chucklefish. 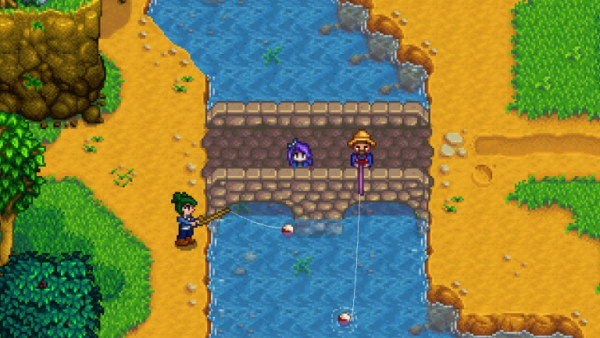 Apparently, the new co-op mode is in QA now, so it won’t be all that much longer until you can marry your best mate in Stardew Valley. You can do it in real life if you want, as well. Double up.

That’s not all Barone had to say, though. Perhaps the most important news is this:

One of my favorite things in the new update... hats on your horses. They look very good on the horse. Looks pretty natural, actually pic.twitter.com/K3DtR1pb8e

Yes, mate. You can put a hat on your horse. How many games let you do that, eh?

While it might not seem that significant (it’s a hat on a horse, what is wrong with you?), this suggests the multiplayer update won’t solely be for people who have real human friends. It will also come with some little improvements for solo players as well, which is nice.

The multiplayer update is due for release later this year.