EA is gearing up for the initial reveal of Star Wars: Battlefront 2. 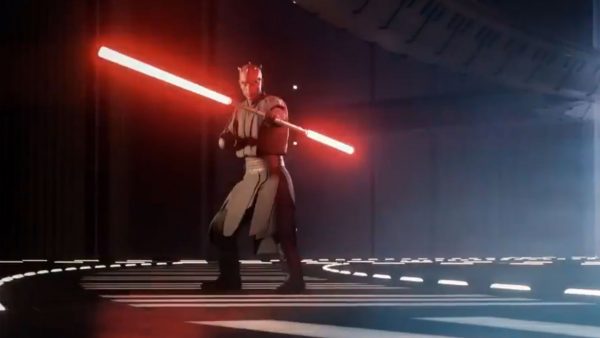 The world will witness the official reveal of Star Wars: Battlefront 2 this weekend during the Star Wars Celebration.

EA has set things in motion, opening the the game's official site for everyone to browse. There's nothing there, sadly, just a link to sign up to a newsletter.

Earlier this week, a CG trailer for the game leaked online and though it didn't show any gameplay footage, it confirmed that Battlefront 2 will offer battles from the different eras of Star Wars.

The trailer also teased some of the story elements in the game's single-player campaign, another part already confirmed for the sequel that fans felt was missing from the 2014 Battlefront.

It's unclear if the trailer EA will be showing on Saturday is going to be the same or perhaps an extended cut. There's also the possibility it's something completely different from the leak, however unlikely.

No release date has been announced yet for Battlefront 2, but we do know it's out later this year.