DICE has provided an updated roadmap for Star Wars Battlefront 2, outlining planned content drops for the remainder of the year.

Star Wars Battlefront 2 players have the new Squad System to look forward to September, and according to the development roadmap, General Grievous is expected in October.

The new Squad System allows player to spawn on squad members and will available first in Galactic Assault, Blast, and Strike modes. DICE said the new system is an "improved and streamlined" way for players to stick together for team play.

Also coming in September is the 91st Mobile Reconnaissance Corps and 104th Wolfpack Battalion. Supplementary clone trooper appearances will also be available for the Galactic Republic.

General Grievous will arrive in October as promised during EA Play in June, and the droid will be followed by Obi-Wan Kenobi and in November.  Alongside "Ben" a new Galactic Assault map, Geonosis, will be released.

This location is a major theatre of conflict during the Clone Wars, and players will be able to traverse it using three new vehicles: the STAP, the BARC speeder, and the AT-TE.

Also in November, the 212th Attack Battalion clone soldiers will be available as trooper appearances for the Galactic Republic.

Count Dooku,  a new non-linear large-scale mode, and Anakin Skywalker will be added this winter. The Coruscant Guard appearances are also in the plan.

More content and features are still to be confirmed over the coming months. 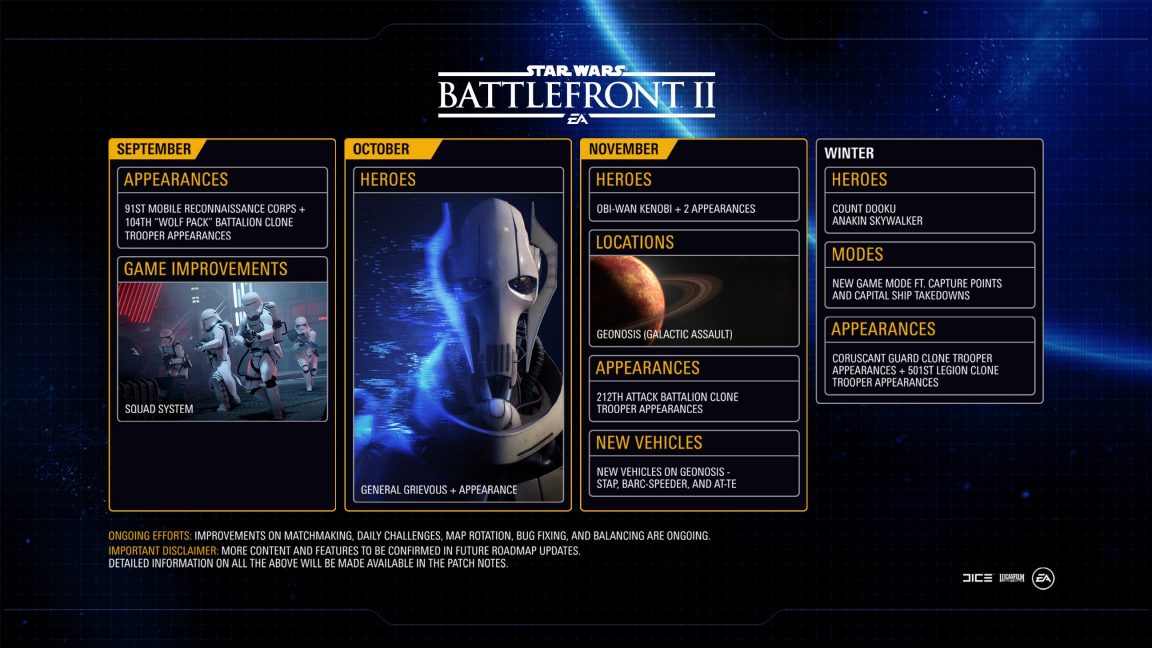