Square Enix announced its plans for Pax East today and later updated its schedule, noting it has scaled back due to coronavirus.

According to the company, it will no longer host the Final Fantasy 14 panel session, opting instead for a livestream from it's Japan offices.

It has also canceled a developer signing and photo opp session as well as the fan gathering event which was slated for February 28.

"As the community may be aware, COVID-19 (also known as “novel coronavirus”) is spreading within the East Asia region.  Taking into consideration the current situation within the region, sadly Square Enix has decided to cancel the Pax East attendance of staff who would be traveling from the Japan offices," reads the statement (thanks, Massively).

"This difficult decision was based on our desire to prevent any potential spread of the virus and to prioritize the health and safety of our team and our fans. Since our team will not be in attendance, we are planning to scale down on our planned activities for Final Fantasy 14." 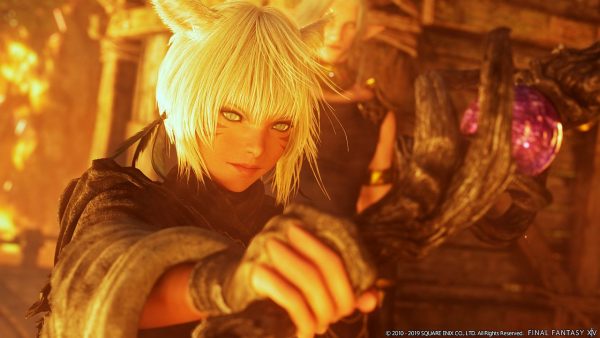 Attendees with still be able to try the latest 8-player trial Ruby Weapon released with Patch 5.2, and those who beat the trial will walk away with a free t-shirt.

As of press time, it seems Pax East activities for Final Fantasy 7 Remake are still a go. At the show, attendees will be able to play a demo of the game, get autographs from the English cast, and have a picture taken with Cloud's motorcycle.

Square is the most recent company to cancel activities due to coronavirus. The virus led to the cancellation of The Taipei Game Show, April’s PUBG Global Series in Berlin, and has caused Sony to pull out of both Pax East and GDC this year.