The upcoming Spyro Reignited Trilogy will require a - likely hefty - download at launch.

As we get closer to the release of Spyro Reignited Trilogy, the game's box art and promo materials are beginning to appear on retailer websites.

First spotted by Wario64, the updated box art mentions that the game "requires content download." Over on the Reignited Trilogy's official site, this statement is made even clearer.

Two of the three games included in the remastered trilogy, Spyro 2: Ripto’s Rage!, and Spyro: Year of the Dragon will both not be on disc. Instead, you'll have to download them at launch in a day one patch. As it stands, only the first game, Spyro the Dragon, is what you're actually getting on the disc.

This is a particularly bizarre requirement, especially since Crash Bandicoot N. Sane Trilogy had all three of its remastered games on disc. Activision doesn't seem to see it as an oddity, telling PS Lifestyle that downloading updates on day one is common. 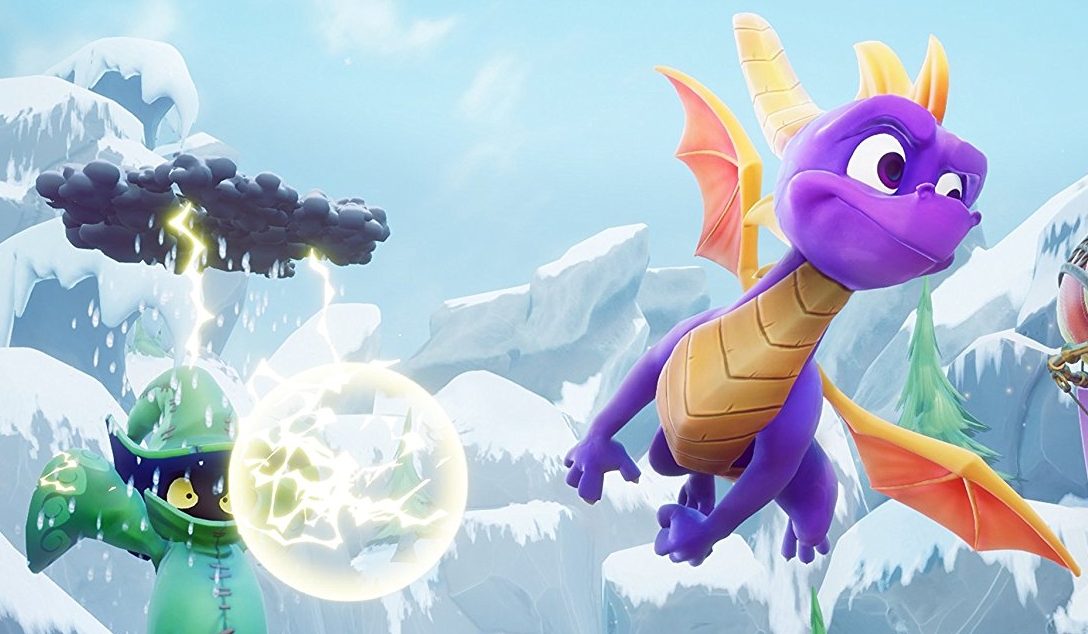 "The global launch date of Spyro Reignited Trilogy is September 21; and we’re excited for fans to play all three reignited games on that day. As with most games today, downloading an update after purchase is quite common," Activision's statement reads.

"The language on packaging and on the web is to let players know the requirements for Spyro Reignited Trilogy."

It's not clear how big this day one patch is going to be, but considering it'll have two full games-worth of content, it may be bigger than day one patches typically are.

The practice of offering part of the content on disc and the rest online isn't really new. Nintendo Switch owners are very familiar with this tactic, though that is mostly owed to the reportedly expensive price of Switch carts.

Doom, WWE 2K and several other big games included only a portion of game files on the cart and asked players to download the rest. In Doom's case, the extra download was necessary to enable multiplayer, but that's not always the case with other games.

Spyro Reignited Trilogy is out September 21 on PS4, and Xbox One.