Earlier this year it was confirmed that Spyro Reignited Trilogy will only include Spyro the Dragon on the disc, with players needing to download Spyro 2: Ripto’s Rage!, and Spyro: Year of the Dragon. A player on ResetEra got their hands on their PS4 copy early, and it turns out that after the day one patch weighs in at 19 GB, ending up with a total file size of 67.5GB, despite sitting at 31.5 GB before the patch.

Another player who got their hands on their copy early too has confirmed that you won't be able to play Spyro 2: Ripto’s Rage!, and Spyro: Year of the Dragon without having the disc inserted into your console. 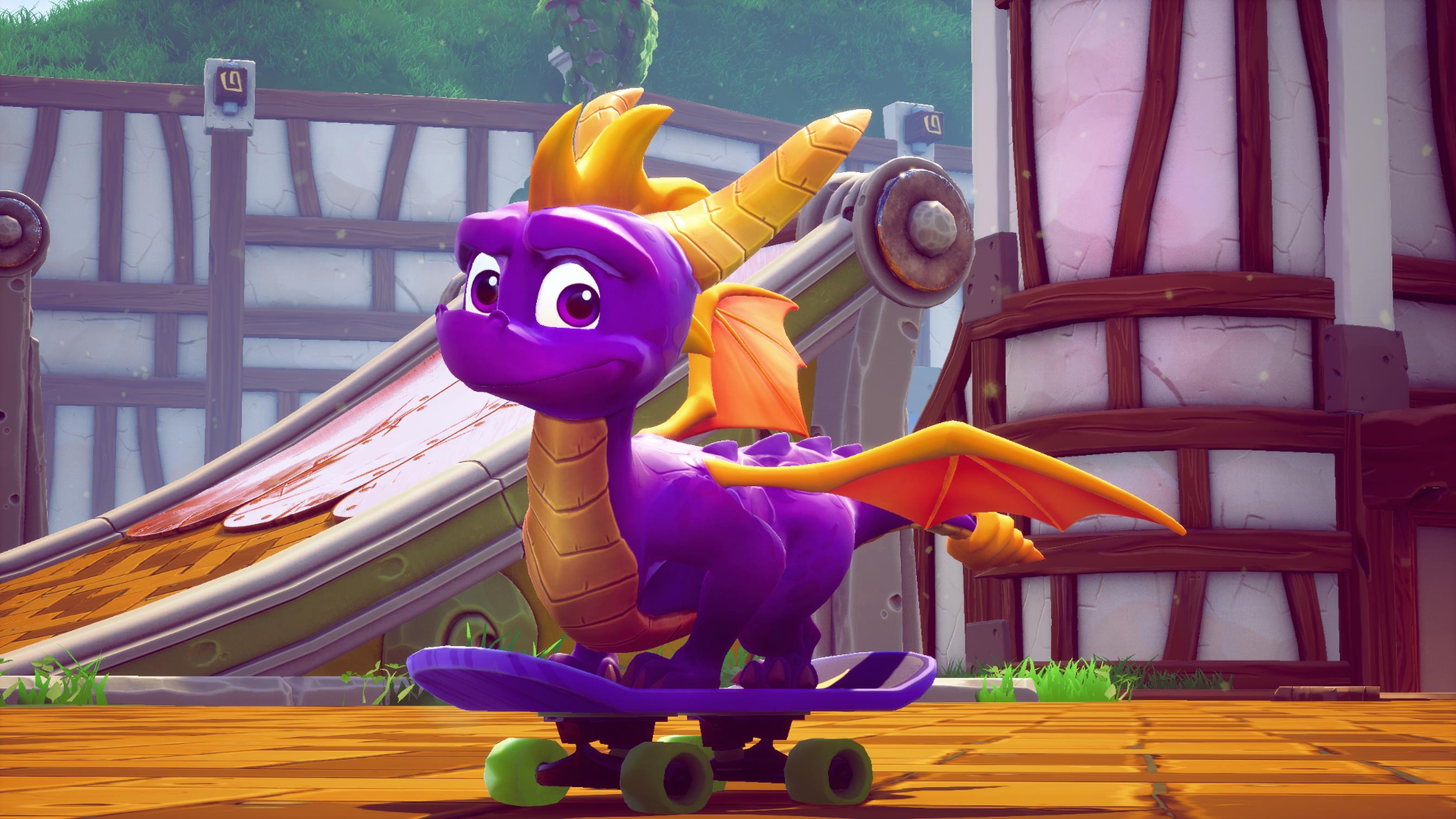 The game was initially set for a September release but was pushed back to November 13 so that the studio could lavish "more love and care" on it.

You can pick up Spyro Reignited Trilogy for PS4 and Xbox One tomorrow.