Spidey fans can pick up Insomniac's PlayStation-exclusive Spider-Man in September.

It was announced today Spider-Man will be released on September 7 in Europe and North America.

A Digital Deluxe edition of the game will be available and includes a copy of the game as well as the post-launch DLC series The City That Never Sleeps.

The City That Never Sleeps will feature three new chapters each with new mission, villains, characters, and additional suits for Spider-Man. More details will be provided at a later date.

Alongside the long-awaited release date, a Collector’s Edition was also revealed. It will include all content from the Digital Deluxe Edition.

It also contains the white spider, a Mini Artbook from Titan Books, and a Marvel’s Spider-Man statue by Gentle Giant.

The entire statue for the Collector’s Edition hasn't been revealed, just Spider-Man perched "on top of something." That will be revealed in due time, apparently, because it's too "spoilery."

Pre-orders of any edition of Spider-Man will include the Spidey-Suit Pack featuring Spider-Punk, as well as other suits to be revealed this summer. The Spider-Drone gadget, a PSN Avatar, an original PS4 theme and "extra skill points to unlock faster web-swinging sooner," are also part of the pre-order pack.

Speaking of videos, some gameplay for Spider-Man was shown ahead of the release date announcement earlier today. If you missed it, just hit the link. 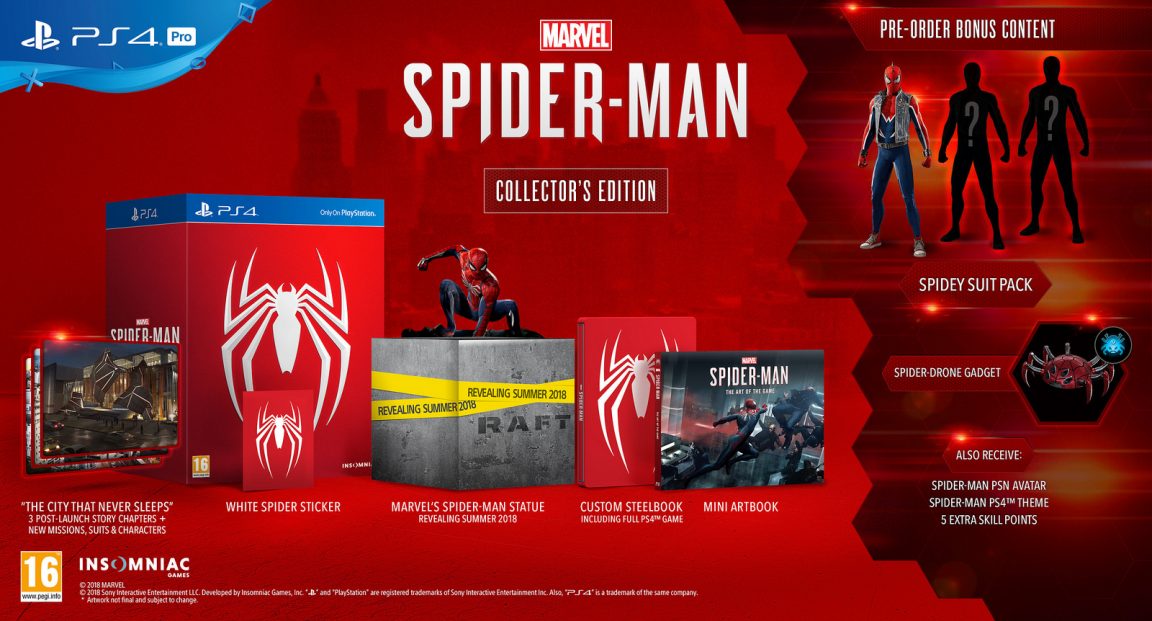