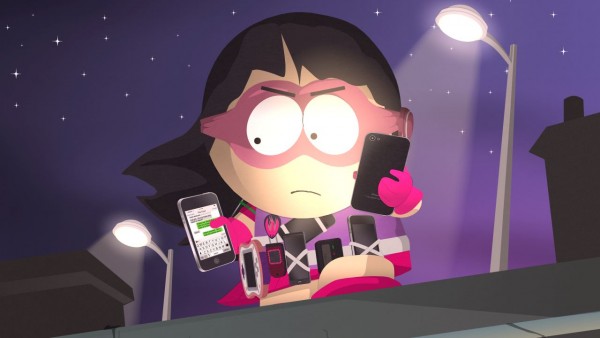 Ubisoft posted a short and to the point notice on its blog today, stating that South Park: The Fractured But Whole has been delayed into 2017.

According to the announcement, the development team "wants to make sure the game experience" will meet the "high expectations of fans."

Ubisoft said the additional time will help the team achieve this goal.

The story in The Fractured But Whole picks up the next day after the events depicted in The Stick of Truth. As detailed at E3 2016, Cartman wants to create a franchise for his Coon and Friends superhero group. As the New Kid, you will have to create your own superhero from the ground up complete with an origin story.

The Fractured But Whole is still an RPG, but it will feature more tactical-based combat with the ability to move team members to different positions on the battleground.

To keep you sated until the game releases, you can watch 20 minutes of gameplay from it here. Then again, it might make you pine for it even more. It's up to you.

South Park: The Fractured But Whole will now release in Q1 2017 on PC, PS4 and Xbox One. It was originally slated for release on December 6.