The second DLC content drop for South Park: The Fractured But Whole will release later this month.

South Park: The Fractured But Whole players can download the second batch of DLC for the game on March 20.

Called "From Dusk Till Casa Bonita," the DLC adds a new story campaign, as well as a superhero class.

"Mysterion’s sister is in trouble. She’s fallen in with the Vamp Kids of South Park, who have descended upon Cartman's favorite restaurant, Casa Bonita.

"Visit the famous family eatery and explore Black Bart’s Cave, watch the cliff divers, taste the magic of Mexico and defeat the brood of Vampires." 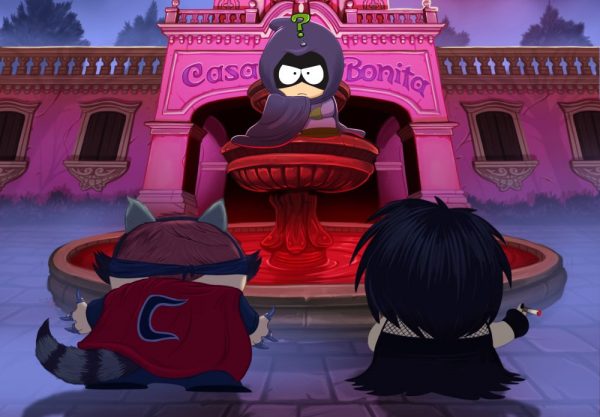 Goth girl Henrietta will be fighting alongside the player as a powerful support Witch against the vamp kids. Good, because no one likes douchebag vampire wannabe boners. They don't even drink coffee. Remember: if you hate life, truly hate the sun, and need to smoke and drink coffee, you are Goth.

Anyway, players can bring their "new powers and buddy to the rest of their superhero adventure." Henrietta rocks.

The first DLC content for South Park: The Fractured But Whole, Danger Deck, was released in December.

Bring the Crunch, which includes another new story and superhero class, will be released sometime this year.

If you don't own the South Park: The Fractured But Whole Season Pass for PC, PS4 or Xbox One, you can pick it up for $29.99 or the regional equivalent.

A price for From Dusk Till Casa Bonita was provided, but we expect it to cost around the same give or  take a few as Danger Deck, which is $5.99.