Soul Sacrifice is out today in the States. Dave Cook plays the final PS Vita code and asks whether or not it's the system seller Sony's handheld has been crying out for. 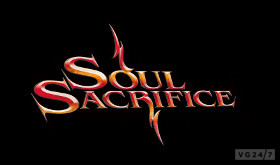 The game is a PS Vita-exclusive and launches today, April 30 across North America, and from May 3 across Europe.

Soul Sacrifice will include a post-launch run of free and paid DLC. We reported on the first pack due to hit Japan here.

The European edition features a reversible cover, and you can see both designs right here.

Sony has needed a game like Soul Sacrifice on PS Vita for some time.

There has been severe drought of full price games on the handheld worth your time or money. The killer IP simply hasn't been there, but thanks to Keiji Inafune's superb effort you now have a reason to return.

Before I got to try the game for myself I often described it to people as "Monster Hunter meets Dark Souls". While it bears many aesthetic and mechanical similarities to both franchises, slotting it so neatly into another game's shoes is to do it a grave disservice.

That's because it's wildly inventive, fits snugly into the portable mind-set, and offers content spanning hundreds of hours to digest at your leisure. But will it actually manage to shift PS Vita consoles for Sony at a time where it really needs to, well, shift consoles?

This all depends on you.

See, as I pointed out in my Monster Hunter 3 Ultimate 'A Noob's Journey' blog series, games with large worlds and complex mechanics can prove intimidating, and yes, Soul Sacrifice is both massive and complicated at the outset.

I'm aware that Inafune wasn't director on the Monster Hunter series while at Capcom, but Soul Sacrifice also has potential to hit newcomers with a similar wall of information and mechanics that feel intimidating at the start. After the first hour you'll be absolutely fine though, thanks to the bite-sized nature of missions and the ability to retry them as you see fit, just like Monster Hunter. 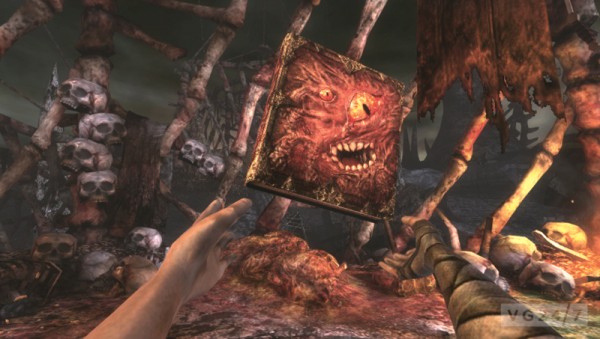 Soul Sacrifice opens with your character locked in a cage, awaiting death at the hands of the mysterious Magusar. You find a living book called Librom under a pile of bones, and by reading its pages you can piece together the past of fallen mages, then claim their power for yourself. Once strong enough you can fight your captor and escape the prison.

Each mission is short, and tasks you with battling a range of ferocious beasts in exchange for items, sometimes alongside AI companions. Afterwards you can choose to go to the next chapter, kit out your character and allies, or read previous chapters again to farm items. Again, all of this is very similar to Monster Hunter in how it handles.

But where Soul Sacrifice deviates from Capcom's series is that items aren't used for crafting, or sold in stores. Instead, they are used as 'offerings' by your mage and turned into devastating weapons. Confused? Yep, I was as well when I first started playing, but I'll try my best to break it down.

Your mage has two sets of three item slots, almost like load-outs in a shooter. Let's say you have five 'Swordsman Icebrand' items - which are essentially icy shards - you can offer these in battle to summon a frozen blade that lets your mage unleash fast, elemental swords strikes. 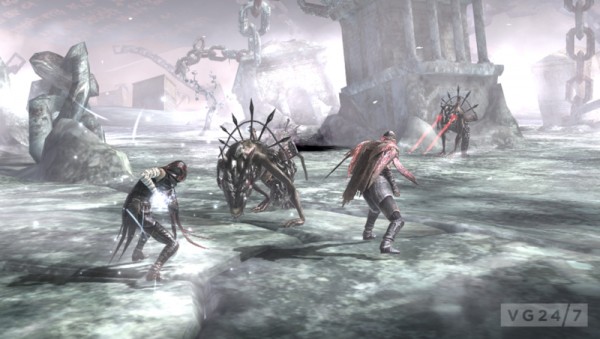 Over time the spell will wear off, leaving you weapon-less, so then you might offer up an Iron Pinwheel instead, giving you a set of ethereal, spinning blades to hurl at enemies from a distance. Healing Seeds can be turned into a health spell, while Sanguine Salvos essentially turn your hand into a machine gun, and so on.

So basically you're sacrificing items to create weapons for a short time. However, if you farm enough of the same item, they can be combined to create weapons that stick around for longer, hit harder and can be summoned more times in one stage. Grinding enough items to make top tier weapons, shields or spells can take ages though, and might put some people off.

The theme of offering sacrifices goes even deeper though, as each demonic enemy you face is actually something less fearful underneath. Giant diseased rats are actually a mutated swarm of smaller, harmless rodents for example.

In one boss battle you face off against a giant Harpy, which in reality is a possessed woman underneath. Once defeated its up to you to pass judgement on her by saving or sacrificing her soul. The former will give you health and go towards levelling up your life bar, while the latter will boost and level up your magic power. 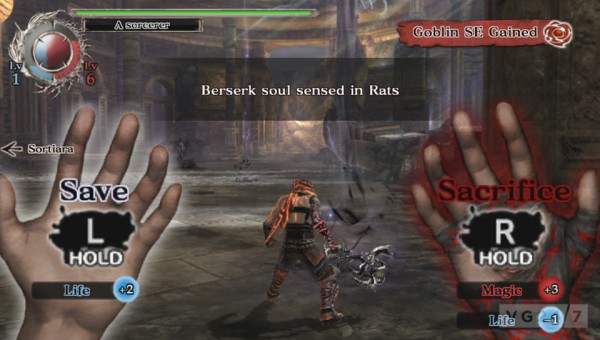 The choice of redeeming or sacrificing the souls of enemies makes for a neat levelling mechanic, and in some cases your choice can come back to either bite or aid you later on in the game. Then there's the 'Black Rite' system, which becomes available whenever your mage is close to death.

The first Black Rite unlocked sees your mage sacrificing their own skin to turn them into a bloody, walking fireball in exchange for half of your defence stat. So not only are you stripping off your character's skin in exchange for immense power, you are also severely weakened against attacks.

You can repair your body using a substance called Lacrima that is secreted from Librom's eye every so often. Don't call them tears though, he doesn't like that one bit. Given how infrequently the liquid appears as you progress further, you may be at a disadvantage for some time. There's always a tangible trade-off at play.

Disturbingly, you can also sacrifice your eyes and suffer a dampened cone of vision, and even carve sigils into your right arm that bestow your mage with a wide range of stat buffs and long-term effects. Useful yes, but again, you're still giving up your character's body in exchange for power.

Sacrifice, balance, loss and redemption are all themes that not only work their way into the game's harrowing plot, but into the game's combat and progression mechanics too. You're made aware from the start that eventually, all mages have to pay a terrible price for the ability to wield magic.

It's both sinister and challenging, which is where the Dark Souls references come into play. Although it's not as brutal as From Software's gauntlet, Soul Sacrifice does have a similar tone and art direction. You get the feeling all the way through that something dark lurks beneath the cracks, and that no matter what you do your character is doomed from the start. 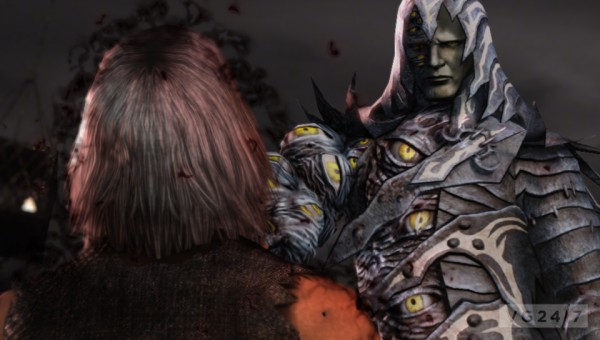 But this is the big question throughout. Will you beat the odds of all the fallen sorcerers that sacrificed their lives, bodies and sanity before, only to escape Magusar's prison, or will you end up a warped husk, contorted and mutilated by magical power?

I haven't finished it so I don't know yet, but I can tell you this, the question is driving me on happily. So to this end will Soul Sacrifice help shift PS Vita consoles for Sony? Well, it's a hardcore game in many respects, but much like Ni No Kuni and Monster Hunter 3 Ultimate 3 before it, this could be considered a gateway drug to the RPG genre, given its action focus.

I think first impressions will see many PS Vita owners writing Soul Sacrifice off as either too dark, hardcore or 'Japanese' for them to stomach, and to those people I'd recommend trying the demo first. You have nothing to lose, and potentially a lot to gain.

To those who don't own a PS Vita already, if you like deep RPGs, Dark Souls, or Monster Hunter then I'd say that you may want to buy a console to experience it for yourself, or try a friend's copy first if you can. I genuinely feel like this is the first Vita game in a long time to get me properly hooked and invested.

The concern is that it's not 'mainstream' enough to see PS Vita sales rocket across the board, but I think a small, dedicated pool of gamers are going to find a new addiction this summer, and one they might not be able to shake until the next generation comes knocking. It's seriously that big, refreshing and worthwhile.

Now then, what do you think based on what you've seen so far? Let us know below.

Disclosure: To assist in writing this article Sony sent Dave a copy of Soul Sacrifice on PS Vita. No merchandise or advertising was offered or accepted.