Sony is apparently not allowing the in-development build of ARK: Survival Evolved to be released on PS4. 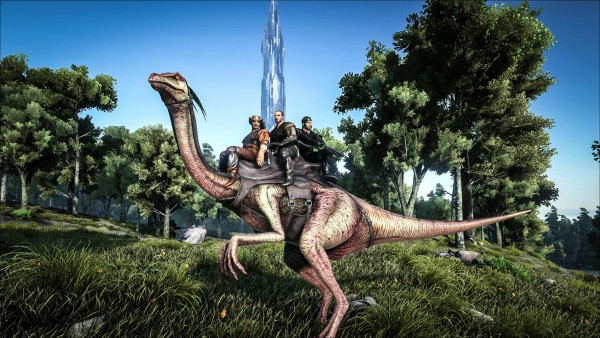 With the recent announcement that ARK: Survival of the Fittest, the PVP-focused offshoot of Survival Evolved, has been folded back into the main game, many are wondering why there hasn't been any news of the PlayStation 4 version.

According to developer Wildcard, a PlayStation 4 version isn't happening, at least until the game remains in-development. Speaking on the game's official forums, the studio revealed that Sony will not allow the game on the platform until development has been finished.

"As for the PS4 Release of ARK: Survival Evolved, it is currently up to Sony. We’ve been informed that we can’t release the game on this platform until it has been finished," wrote one developer.

"We would like nothing more than to make ARK available on PS4 as soon as possible, as we already have an awesome PS4 version of the game running internally. If you would like to see it sooner, please let Sony know, as it’s unfortunately not our decision."

ARK: Survival Evolved started off as a PC-only title, available through Steam Early Access since June last year. The game later made its way to Xbox One through Microsoft's Game Preview Programme, and remains in-development with no clear release date.

Though Survival Evolved has enjoyed relative success on both platforms, the game's performance on Xbox One has been repeatedly called into question.

On one hand, Sony may be right not to let an in-development game on PS4, considering the company has yet to have an Early Access-type scheme. On the other, there are many PS4 fans out there who don't own a good PC and would like to play the open-world dinosaur survival game on their preferred console.