We're going to find out more about the actual specs of PlayStation 4 Pro soon. 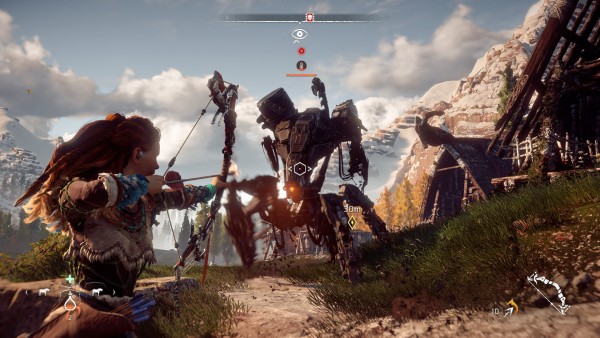 During yesterday's PlayStation 4 Pro announcement, Sony didn't actually touch on the specs of the machine, beyond saying that it features an upgraded GPU and a CPU with a higher clock speed.

It seems more is yet to come, as Horizon: Zero Dawn developers at Guerrilla Games confirmed to Gamespot that system architect Mark Cerny will talk about the specs in greater detail in separate presentation.

No further information about this particular presentation were shared, but a company representative confirmed to the site that more technical details will be shared "in the near future."

On Horizon: Zero Dawn itself, which was among the games shown running at 4K on PS4 Pro, Guerrilla Games art director Jan-Bart Van Beek said the demo wasn't actually running at native 4K resolution, but that it was "so close" it'd be hard to tell.

"It's not native 4K. It is perceptively so close that you wouldn't be able to see the difference with normal human eyes," he said.

This is not surprising, and will likely be the case for many - if not the majority - of games running on PS4 Pro. Cerny himself noted during the announcement yesterday that rendering at 4K resolutions on consoles will be a challenge in 2016.

Instead, we're more likely going to get a mix of temporal AA solutions and chequerboard-style rendering techniques that dynamically upscales to 4K from a resolution of 1800p, for instance.

As for the Pro specs, although Sony didn't offer granular details, the leaked specs from earlier in the year were pretty much spot on when it comes to GPU performance.