Kaz Hirai apologises for the downtime and explains how services are
being brought back online.

Sony comfirmed on the US PS Blog last night that online PS3 services - including gameplay - were to resume after being brought down on April 19.

New firmware has been release, taking PS3's software to 3.61, and is a mandatory install. Here's what you need to do:

We strongly recommend that all PSN account holders with PS3s update their systems to prepare for when PlayStation Network is back online. The release of this update is a critical step as we work to make PlayStation Network significantly more secure. Thank you for your continued support and patience.

In an update on the PlayStation Blog, communications head Nick Caplin has confirmed the company is experiencing email bounce backs from many major ISPs flooded with massive numbers of password reset emails sent out by Sony.

Players awaiting password reset emails are advised to be patient while Sony attempt to resolve this issue.

Before you start using PlayStation Network

In restoring PSN, Sony has introduced a safety measure which means you will need to update your PSN account password before you can start using the service again.

If you've got a PS3, you can do this by updating to system software version 3.61 and then signing in to PlayStation Network from the XMB (XrossMediaBar) Menu. Otherwise, you can change your password on your PC here.

Sony is currently working with various law enforcement agencies to find the culprits who hacked into the PS networks last month, and hacker group Anonymous has admitted that some of its members may have gone rogue and caused the servers to be brought down without support from the full collective.

Sony was expecting to bring more services online at the end of last week, but delayed the launch until it felt better security measures had been implemented.

This update shows that the first US phase of PSN's restoration is now complete.

PSN and Qriocity services will be resumed on a country by country basis, beginning in the Americas, Europe, Australia, New Zealand and the Middle East.

This has now begun in Europe following last night's rollout in the US, with UK, Ireland and the Middle-East being the first in the EU regions to get the service back online, according to a tweet from the PlayStation Blog EU.

The first phase of restored services for North America and Europe will include:

Working closely with "several respected outside security firms," Sony said it has implemented new and additional security measures that "strengthen safeguards against unauthorized activity, and provide consumers with greater protection of their personal information."

Sony said it has made considerable enhancements to the data security, including updating and adding advanced security technologies, additional software monitoring and penetration and vulnerability testing, and increased levels of encryption and additional firewalls.

The company also added a variety of other measures to the network infrastructure including an early warning system for unusual activity patterns that could signal an attempt to compromise the network. 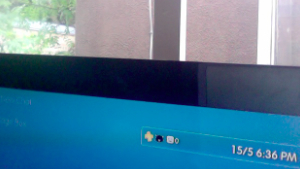 The moment we signed into PSN
for the first time since April 19. Go team.

"I'd like to send my sincere regret for the inconvenience this incident has caused you, and want to thank you all for the kind patience you've shown as we worked through the restoration process," said Kazuo Hirai, Sony's executive deputy president, in a press release.

"I can't thank you enough for your patience and support during this time. We know even the most loyal customers have been frustrated by this process and are anxious to use their Sony products and services again. We are taking aggressive action at all levels to address the concerns that were raised by this incident, and are making consumer data protection a full time, company-wide commitment."

"During the past 18 months, we've seen a dramatic rise in the volume of cyber attacks, their sophistication and their impact on businesses. Thwarting cyber-crime requires an evolutionary approach to security that is well integrated, reduces risk exposure and improves efficiencies," added Francis deSouza, senior vice president, Enterprise Security Group, Symantec.

"Today's cyber crime attacks are proving to be more covert, more targeted and better organized than those we've seen in years past. In working with Sony on the move of their data centre, it's clear they're implementing measures to reduce security risks moving forward."

As an additional measure, Fumiaki Sakai, president of Sony Global Solutions Inc. has been appointed acting Chief Information Security Officer of SNEI. In addition to his current role at SGS, Mr Sakai, in his role at SNEI, will work to further reinforce overall information security across the company's network infrastructure.

"While we understand the importance of getting our services back online, we did not rush to do so at the expense of extensively and aggressively testing our enhanced security measures. Our consumers' safety remains our number one priority," Hirai continued. "We want to assure our customers that their personal information is being protected with some of the best security technologies available today, so that everyone can feel comfortable enjoying all that PlayStation Network and Qriocity services have to offer."

The restoration of the services across the Americas, Europe, Australia, New Zealand and the Middle East are beginning, and company expects to have the services fully restored by the end of May 2011.

Sony has also detailed a Welcome Back package of services and premium content to all registered PSN and Qriocity account services, which will be available for viewing on your regions respective PS Blog soon.

Make sure to keep an eye on the US or EU PS Blog for more updates.