Following months of legal wrangling, Sony and hacker George "Geohot" Hotz have jointly confirmed that they've settled their hacking dispute out of court.

Who is George Hotz? 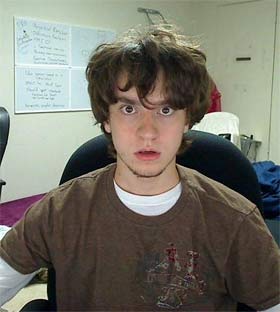 Sony sued Hotz on eight claims, including violation of the DMCA, computer fraud, and copyright infringement.

Sony and Hotz have issued a joint statement to announce "the settlement of the lawsuit filed by SCEA against Hotz in federal court in San Francisco, California. The parties reached an agreement in principle on March 31, 2011. As part of the settlement, Hotz consented to a permanent injunction."

The details of the agreement have already been leaked, following Hotz refusing to discuss the terms on his blog as they're "confidential". Get the full court document in the images below.

Hotz is now bound by a permanent injunction that forbids him from "trafficking in any technology" that "circumvents any of the TPM's in any Sony product," including any sort of decryption code.

He's also banned from assisting in such activities, or distributing any confidential information about Sony in any form.

It's also clearly stated in the document that Hotz would be tried in California if the deal was voided. Exactly where Hotz was to be tried formed a substantial part of the ongoing spat between the two parties.

In a press release, both Sony and Hotz "expressed satisfaction" that the case, based on Hotz's publication of PS3's root key in January, had been quickly resolved.

“Sony is glad to put this litigation behind us,” said Riley Russell, General Counsel for SCEA. “Our motivation for bringing this litigation was to protect our intellectual property and our consumers. We believe this settlement and the permanent injunction achieve this goal.”

“It was never my intention to cause any users trouble or to make piracy easier,” said Hotz, “I’m happy to have the litigation behind me.”

Russell added: “We want our consumers to be able to enjoy our devices and products in a safe and fun environment and we want to protect the hard work of the talented engineers, artists, musicians and game designers who make PlayStation games and support the PlayStation Network.

"We appreciate Mr. Hotz’s willingness to address the legal issues involved in this case and work with us to quickly bring this matter to an early resolution.”

Speaking away from the press release, though, Hotz's comments have a different tone.

"The terms of the settlement agreement are 'confidential' and the matter requires that they be 'confidential'," said the hacker, commenting on his blog under a post in which he encourages people to boycott Sony goods.

He replied to a poster: "I am fighting your fight, in the best way I know how. You'll just have to trust me."

The original post, made today, reads as follows: "As of 4/11/11, I am joining the SONY boycott. I will never purchase another SONY product. I encourage you to do the same. And if you bought something SONY recently, return it. Why would you not boycott a company who feels this way about you?

"There is much more to come on this blog."

The case had started to become a real bugbear for Sony, after it was targeted by hacktivist group Anonymous in recent weeks. Related DDOS attacks on PSN outed the service for much of Monday.

The move will almost certainly be seen as a victory for the group, which today announced intentions to stage sit-in protests at Sony stores over the case, following gamer complaints at Anonymous's decision to target PSN.