Skullgirls developer Lab Zero has discussed the likelihood of releasing its fighter on Nintendo's Wii U eShop. Chances are looking slim at the moment, however.

The game's official Twitter feed responded to a one fan, who asked if the game was coming to Wii U. They then had this to say: 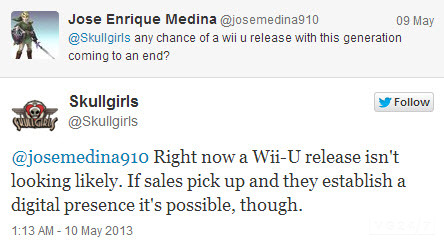 Would you say that the above is justified, or is Nintendo taking active steps to broaden it digital storefront? Let us know what you think below.