The 7th Colossus is a tricky one to climb, and his passive weapons can leave you feeling quite shocked.

From the Shrine you're going to be heading north, the furthest you've gone so far.

Where to find Colossus 7: Lightning Fish 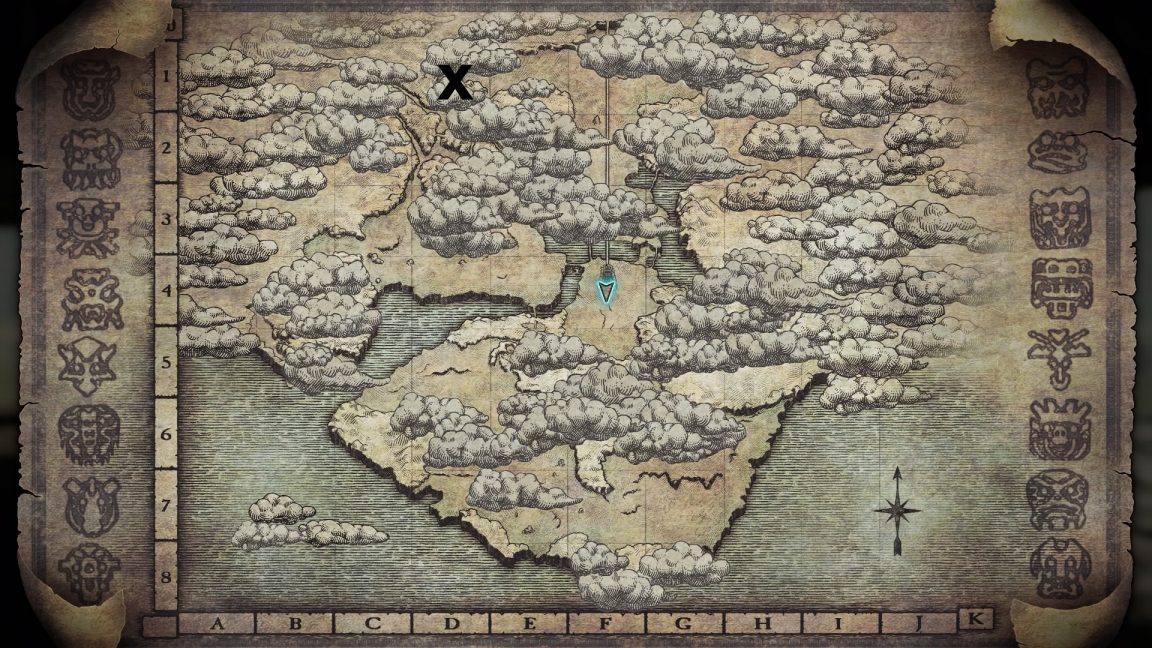 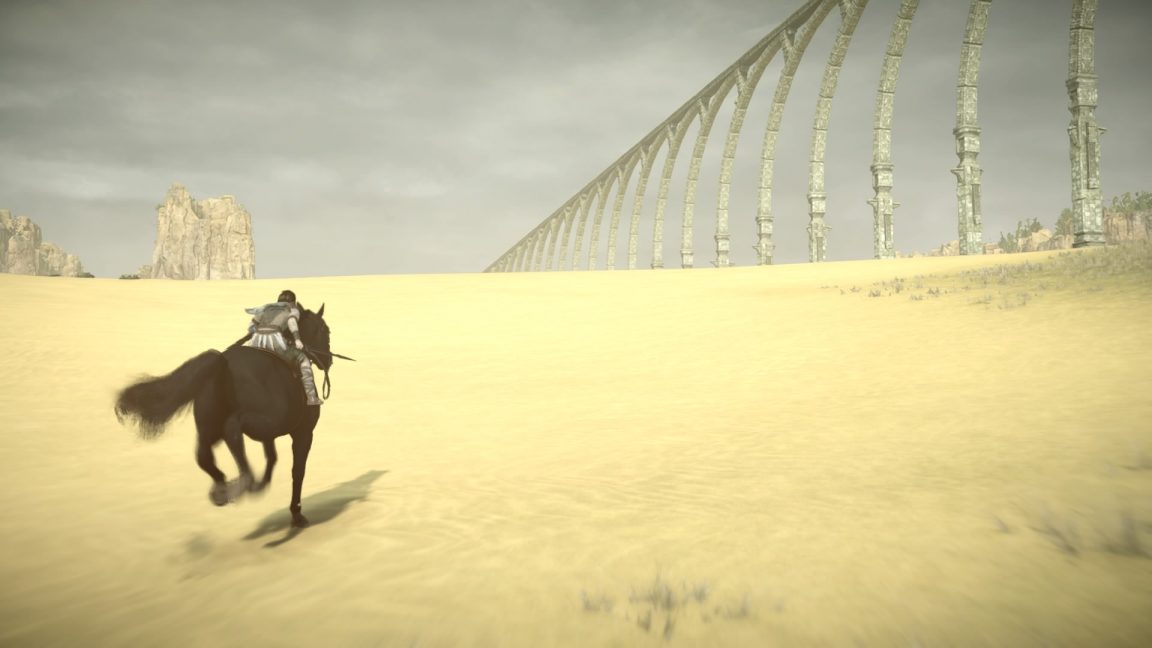 Now ride west through the desert, where the terrain will become more rocky and you'll arrive at a crumbling stone wall with an archway. Walk through the archway and follow the bridge out to the tower atop the water. 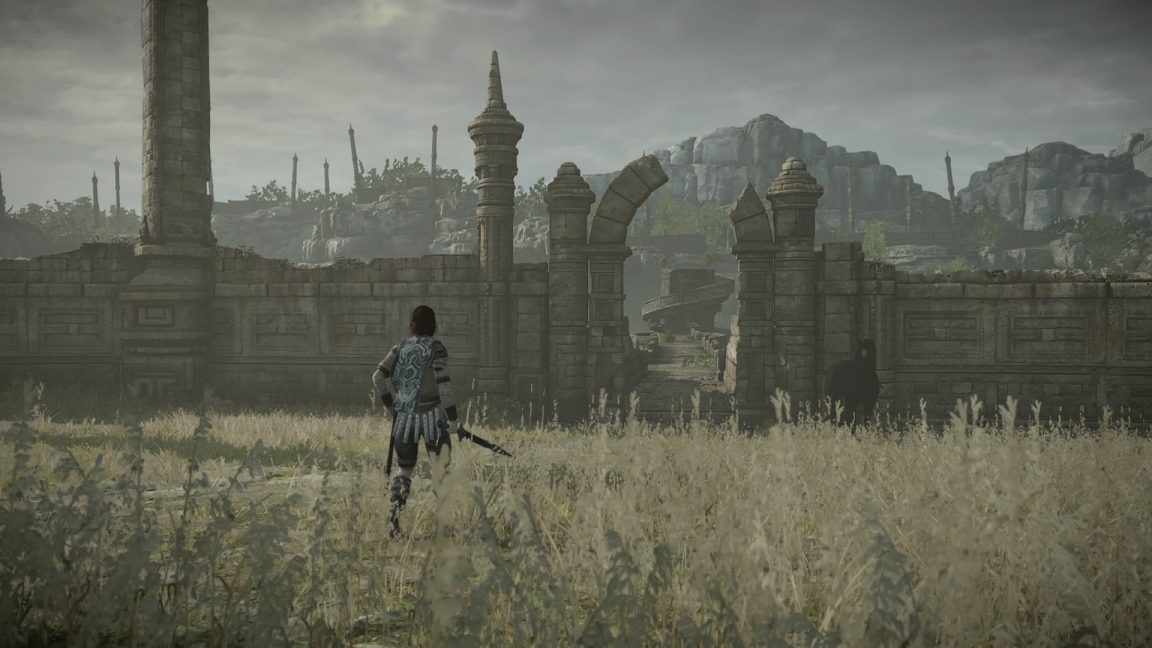 What you're aiming to do it grab the end of the Colossus' tail. Unfortunately it has three glowing yellow spines on its back, and these will give you a nasty electric shock should you touch them. So you're going to have to remove them first. 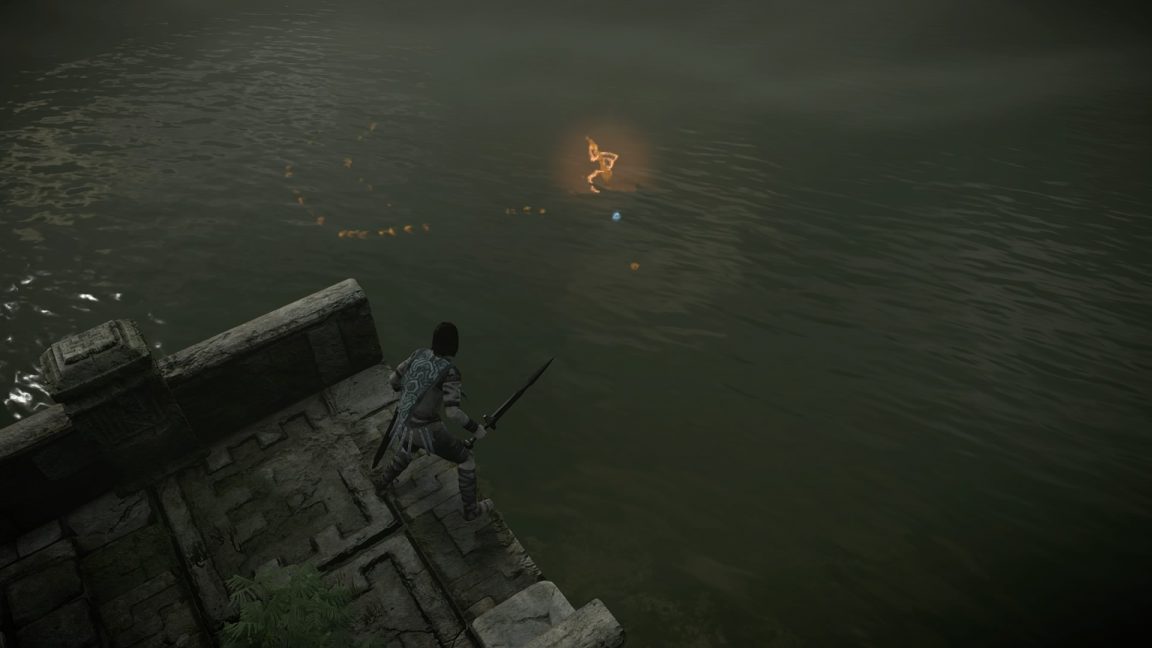 Wait on the slightly submerged rock platform for the Colossus to swim underneath you. Once all the yellow spines have passed (and the yellow lights along its back too) it's your cue to be ready to jump. It will whip up its tail to the surface and you must jump down onto it and grab on.

As soon as you grab on the tail will submerge so don't let go. You now have to make your way along its back and hit each weak spot behind its spine to put them out of action. You can't do anything other than cling on when under water, so don't attempt to crawl forward or attack as it's pointless.

The secret is to hold on when the Colossus is about to submerge, and run when the hump you're riding is out of the water, being ready to grab on as soon as it goes back under. Don't get too close to a spine when it goes underwater or you'll get shocked. 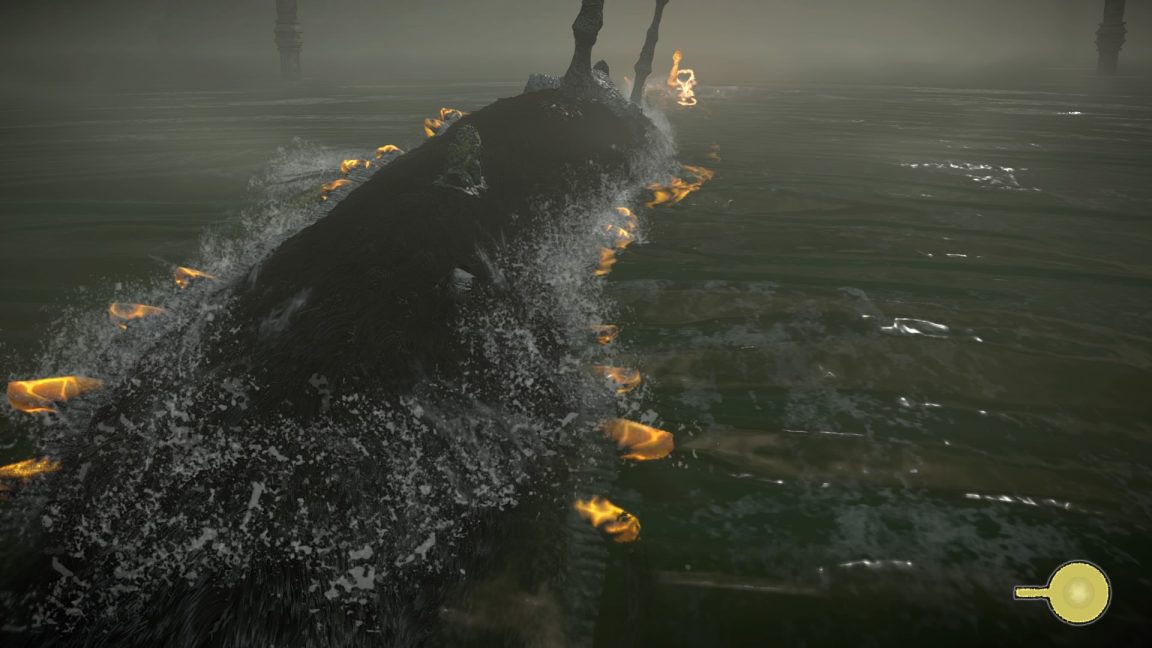 Once you take a spine out of action, move on to the next. If at any point the Colossus stays submerged for too long you'll lose your grip and have to swim back to the platform to start again.

But once you've chopped one spine off it becomes a lot easier.

Once all three are gone, climb to its head for the final weak spot and finish it off to earn the Trophy: Waves of Lightning.