The battle to beat the 16th and final Colossus is epic but rewarding.

This is it, the final showdown with the last Colossus.

As you might expect there's a few different elements to taking down the final colossus, but none of it is out of reach now you've made it this far.

Where to find Colossus 16: The Final Colossus 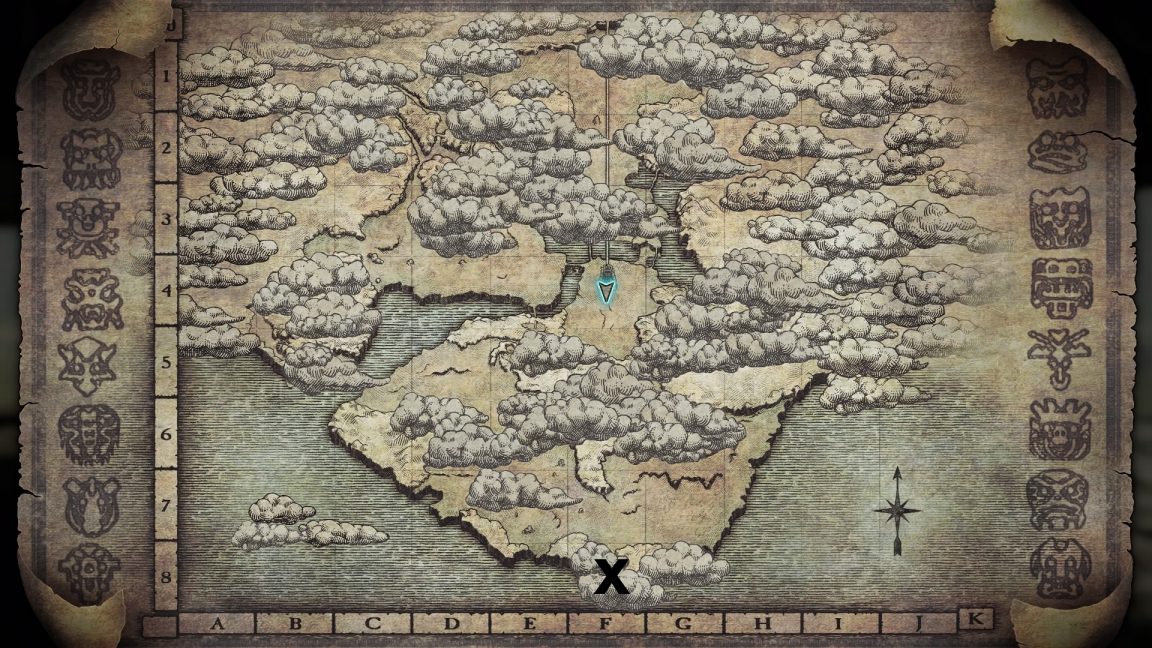 Head south as far as you can go, basically. 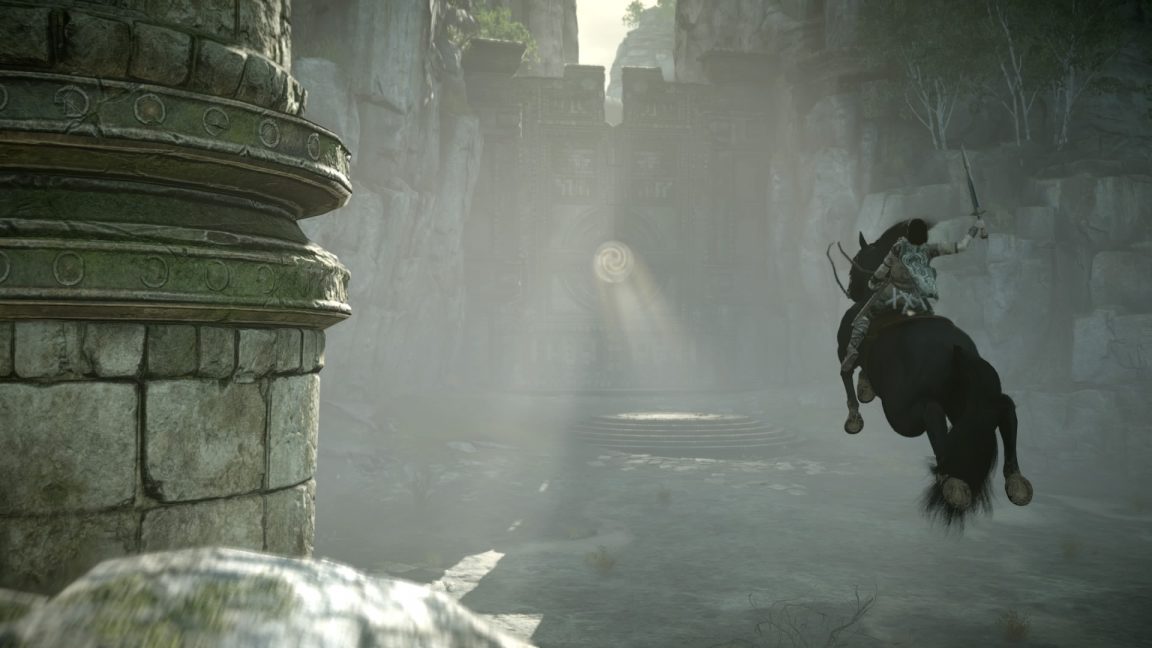 You'll arrive at a door with light shining from it. Use your sword and reflect the light back at it and the double doors will open up. 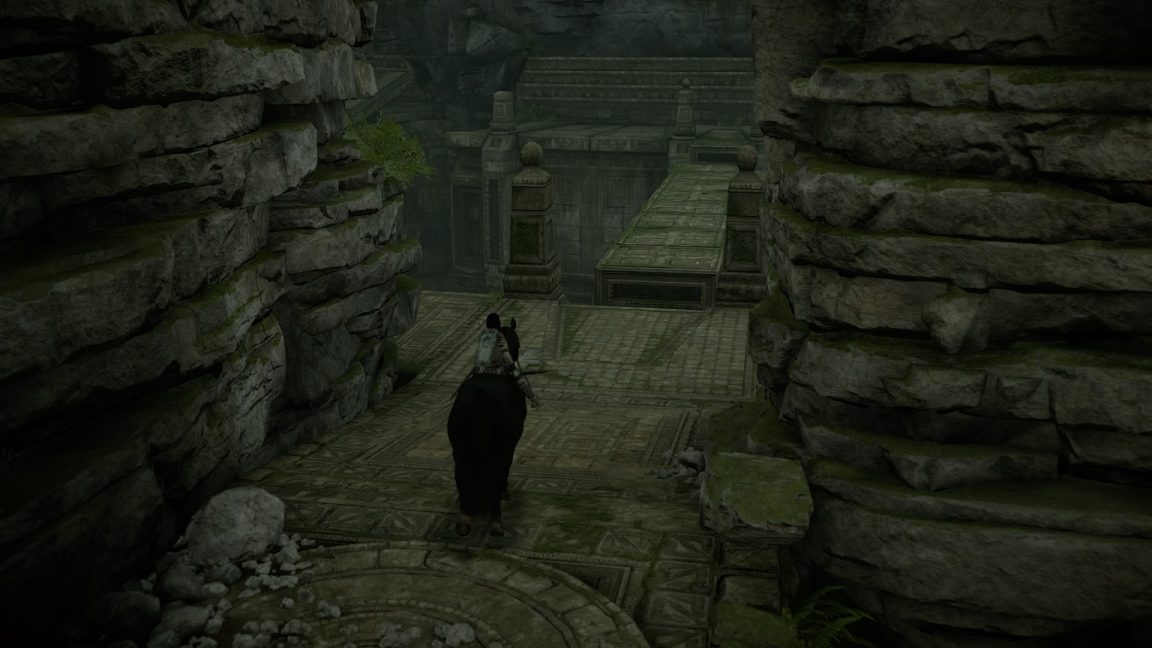 Ride up the stone steps on your horse and make the jump across the gap at the top. You can't make this jump on your own. After the cutscene, dry your eyes and start climbing, using the green vines where necessary.

Follow the steps inside and then back out, and then up the column to the top, where you'll meet the final Colossus. 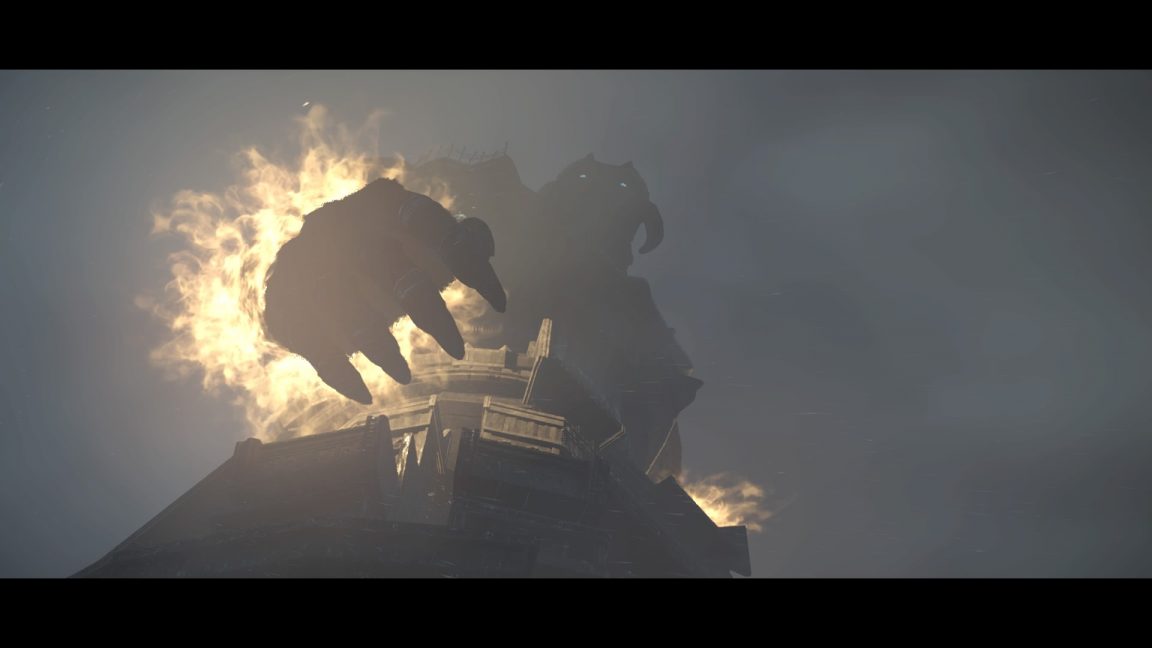 This guy is big, and he's on fire. 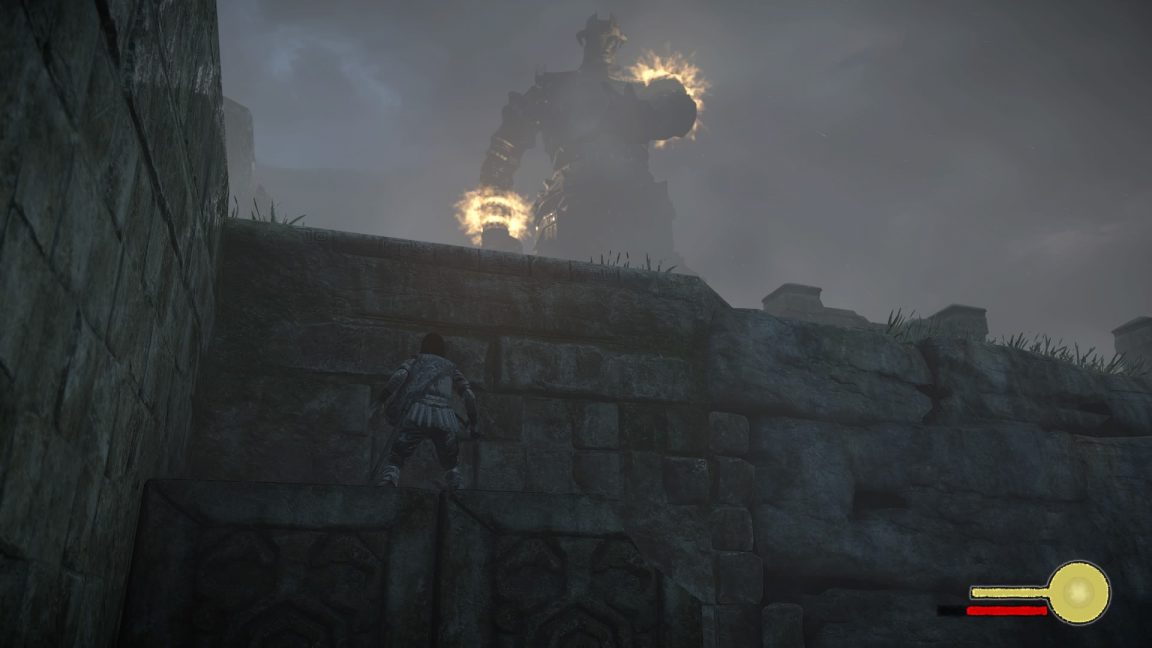 If he hits you with his fireball you're doomed. Hide behind the nearest pillar, wait for him to fire, then dash to the right behind the downed pillar, then drop into the trench.

Follow it up and out and cling to the ledge, waiting for the Colossus to fire again. When it's safe climb up behind the short wall, then run to the right stopping at each wall for cover. Drop down into the next chamber and follow it. 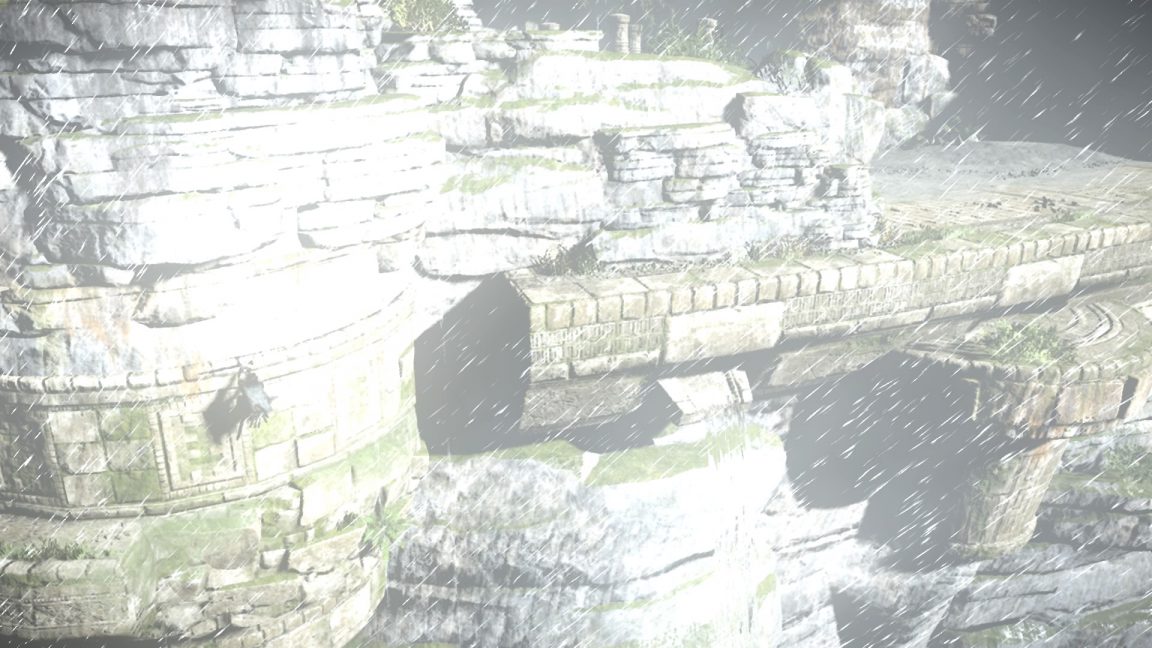 Climb outside to the right around the pillar, and hide behind the wall while the Colossus fires at you. Wait for a break and sprint into the next corridor.

There's really only one path you can follow and you need to repeat this method of climbing, dropping into any trenches and quickly sprinting for cover immediately after the Colossus has fired at you. You'll eventually arrive at the Colossus' feet. 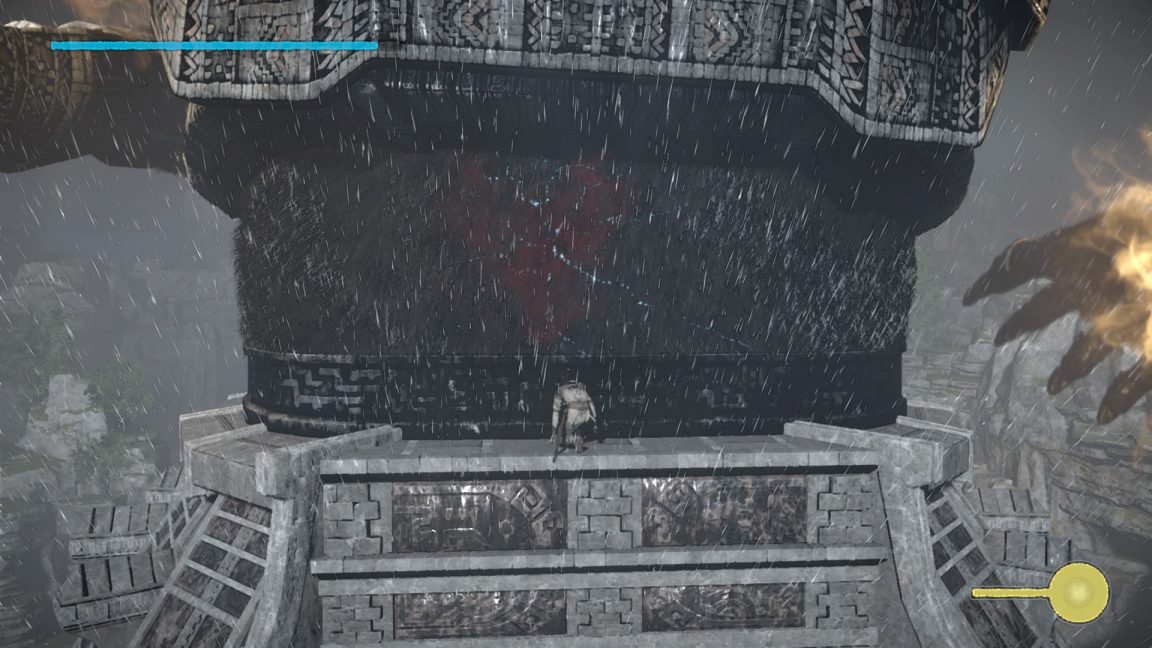 Now climb the Colossus. Work your way around its skirt and up until you find the first weak spot on its back. You only need to hit it once. 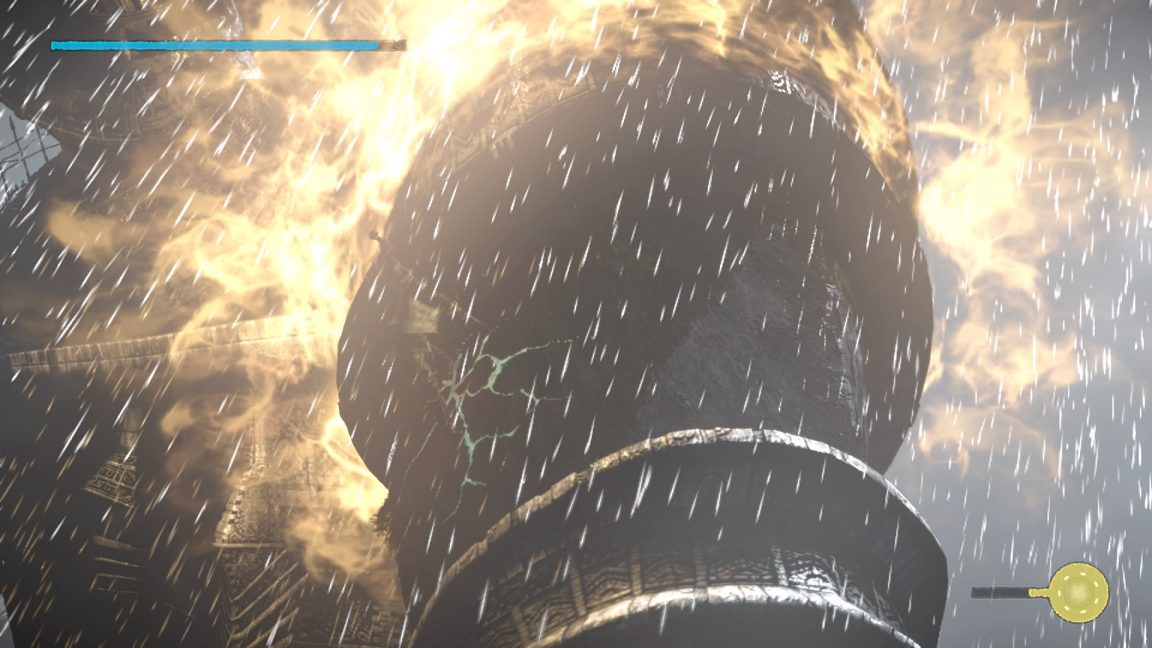 When it tries to swat you away with its hand, jump onto its palm and climb up its arm to the next weak spot. Stab that and jump onto the other hand when it tries to grab you again. Stab the hand and it will stop moving. 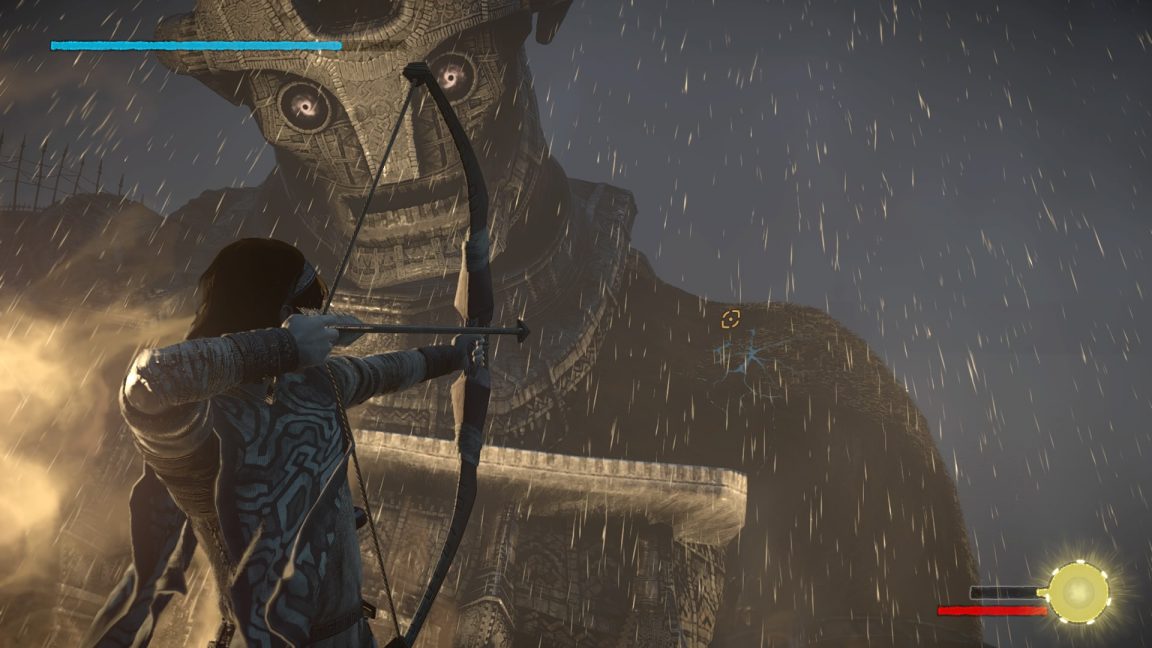 You can see the next weak spot on its shoulder, but you won't be able to make the jump. Instead, fire an arrow at its shoulder and it will move its hand over the shoulder, allowing you to jump across. Stab the weak spot, and now climb up the back of its head to find the final weak spot. 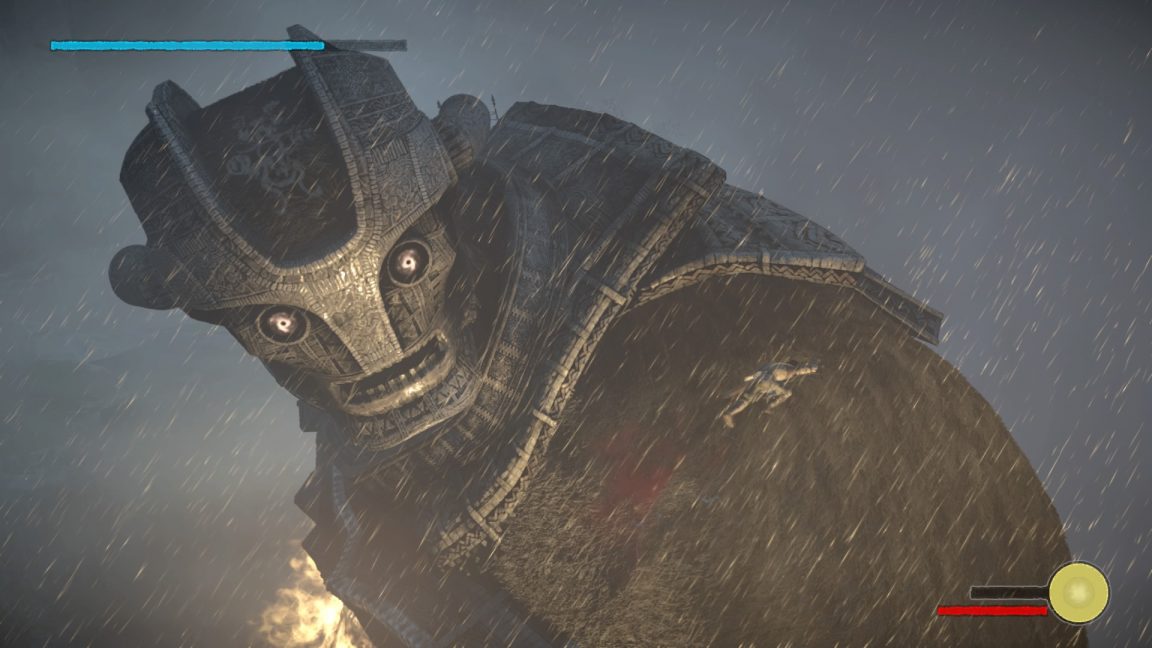 It will shake its head furiously, so just get one or two good attacks in before climbing back down to its shoulder or back of the neck to rest and get your endurance back. When you're full again, climb back and strike it again. Do this enough times and the final Colossus will fall.

Back to How to beat Colossus 15: Sentry Giant
Return to Shadow of the Colossus walkthrough and guide