Defeating the 12th Colossus is a little abstract as you control its movement in order to take it down.

Clues from the Shrine mention a floating Colossus and a lake.

Where to find Colossus 12: Thunder Lake 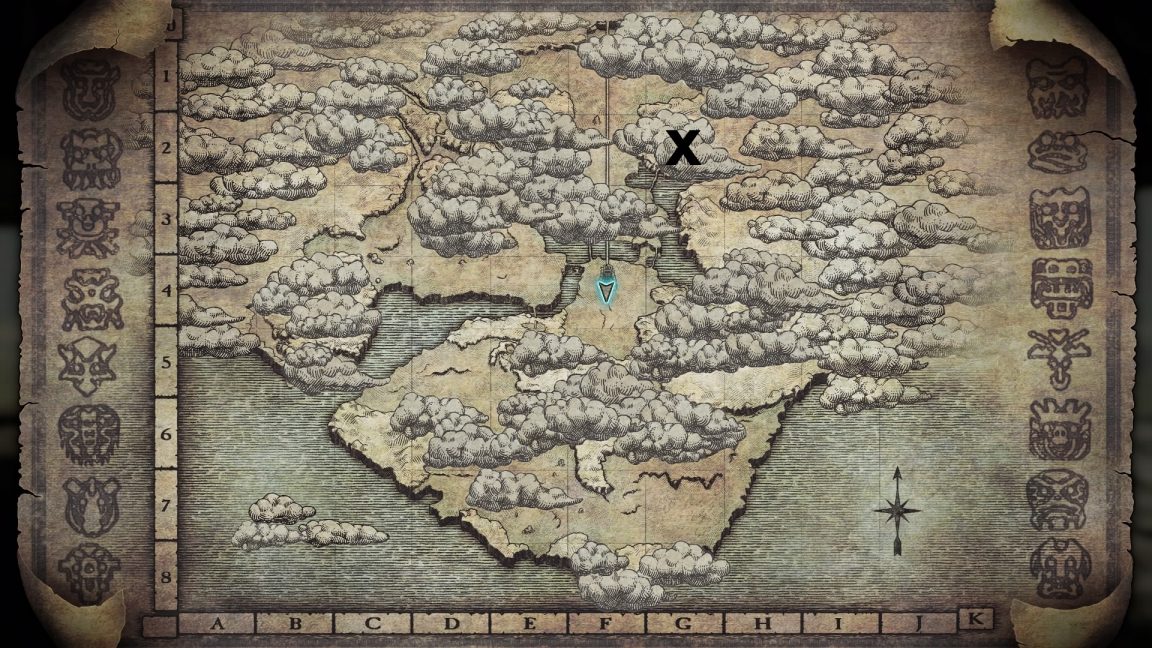 Head out of the shrine and you're going to be going roughly north east, towards the grass bridge with two columns at either end of it (and a massive waterfall below). 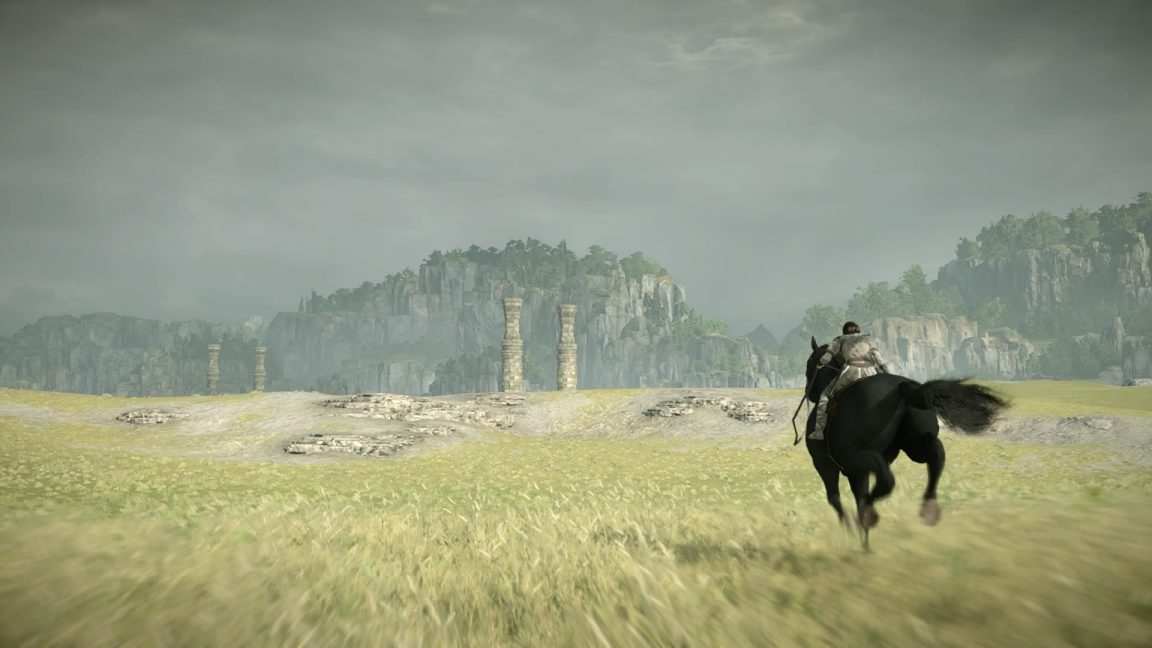 Once you're over that bridge head to the next bridge and cross it, taking you into a lush forest. 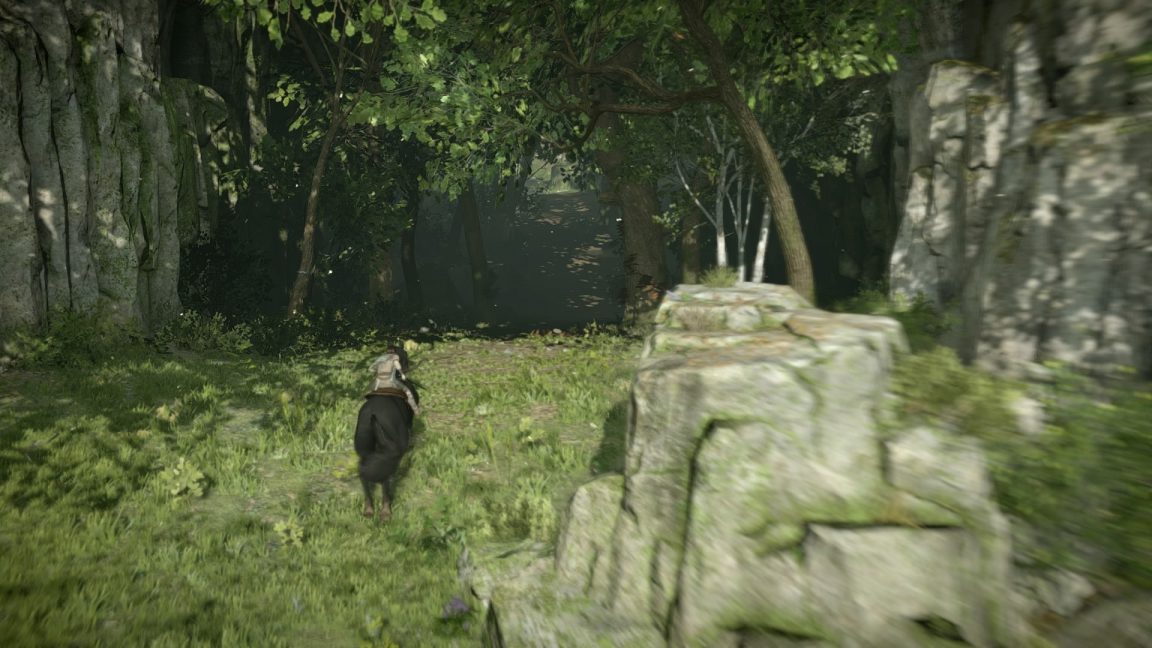 Take an immediate right hand path (it's hard to see) and you'll ride out along a cliff edge with a waterfall in the distance. This is where you're headed. When you get to the waterfall and can't ride any further, pray at the shrine to save the game.

Shimmy around the pillar at the edge of the waterfall, follow the path and when it ends leap into the water and swim towards the small island. You'll notice three raised islands here - you're going to use these to defeat the Colossus. 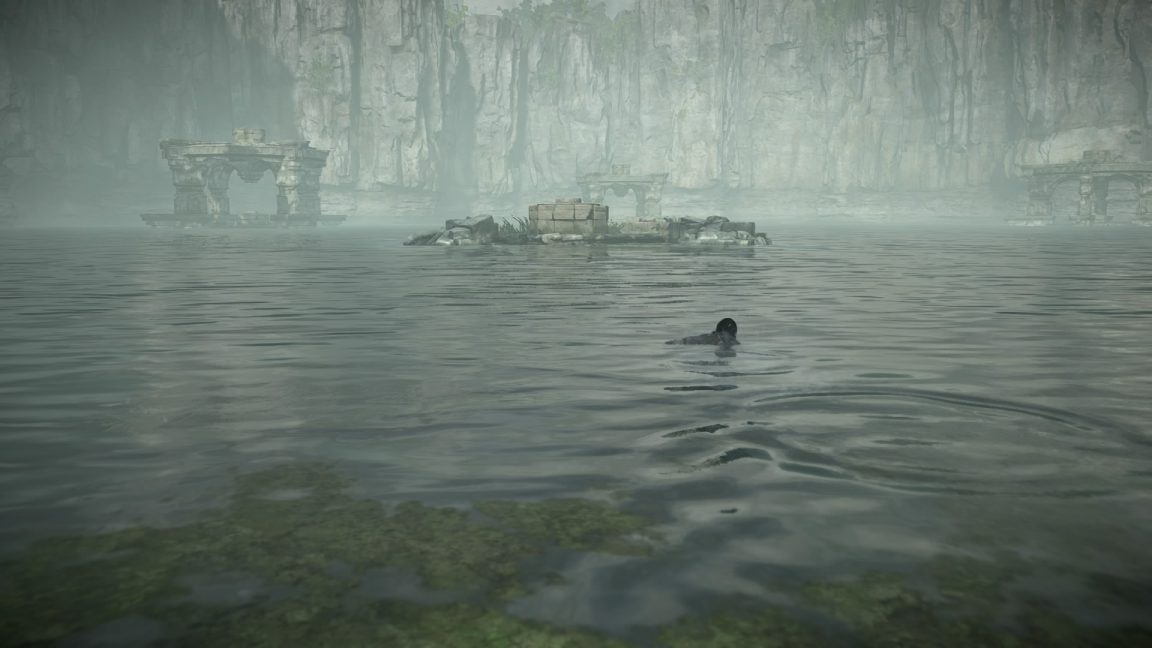 You'll see the Colossus rise and note that that it has three sets of teeth on top of its head. You're going to use these once you've climbed to the top of its head. It also has two horns - when these glow it's going to fire bolts of electricity at you. 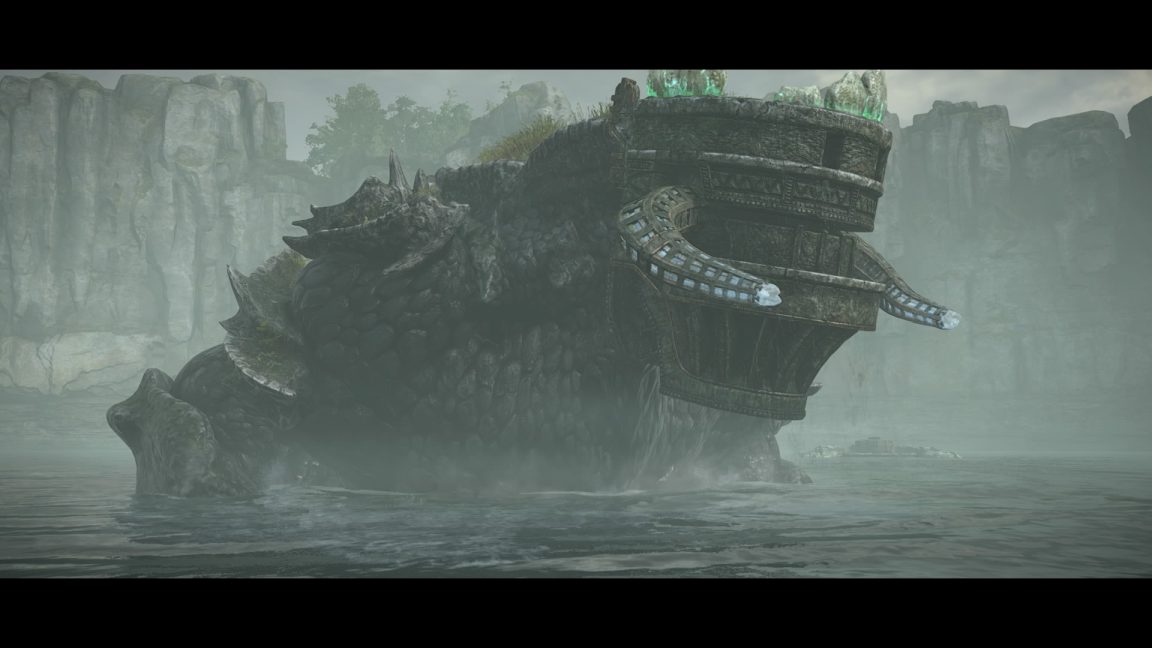 Dive into the water and swim around it to grab onto the grass on its back. Climb up to its head, which acts as a platform. From here you're going to hit the teeth with your sword to steer the Colossus. The left set of teeth will steer it left, the middle drive it forward and the right set steer it to the right. You want to steer it towards one of the three raised platforms. Remember to hold on if it gets a bit feisty.

Once close enough leap onto the platform and hide behind the raised middle stone. The Colossus will first attempt to blast you with its electric attack but just stay behind the stone. It will then raise its legs and stand on the platform. 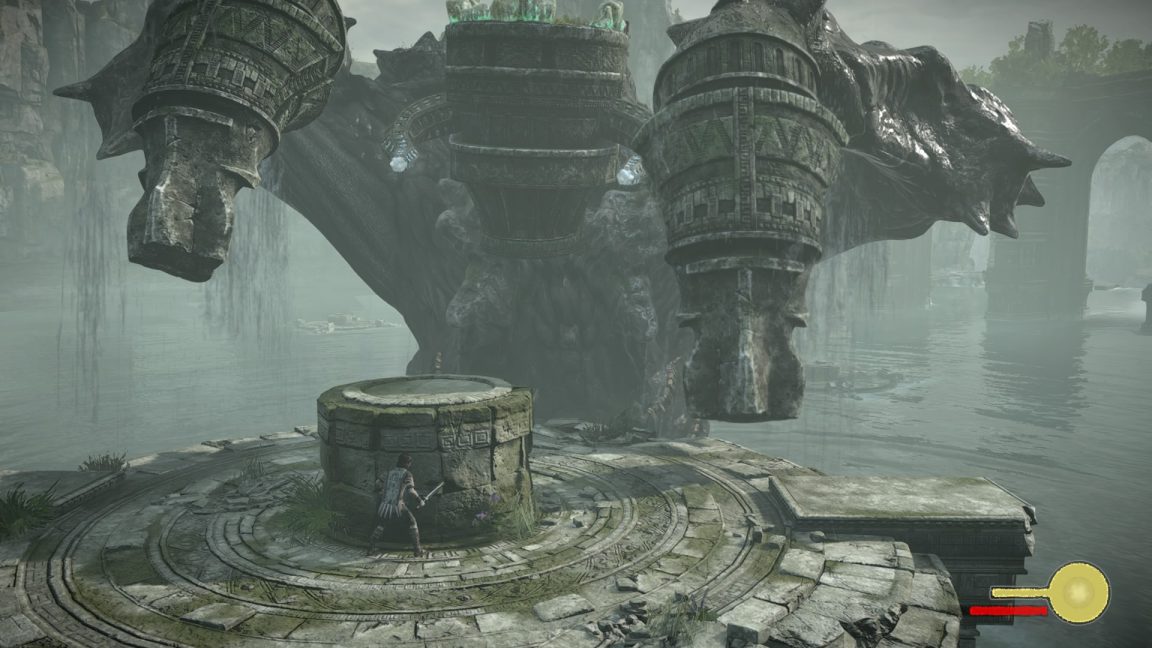 This is your cue to run and jump on its chest, where you will grab its hair and land on its weak spot. Hit it twice before it plunges back into the water. 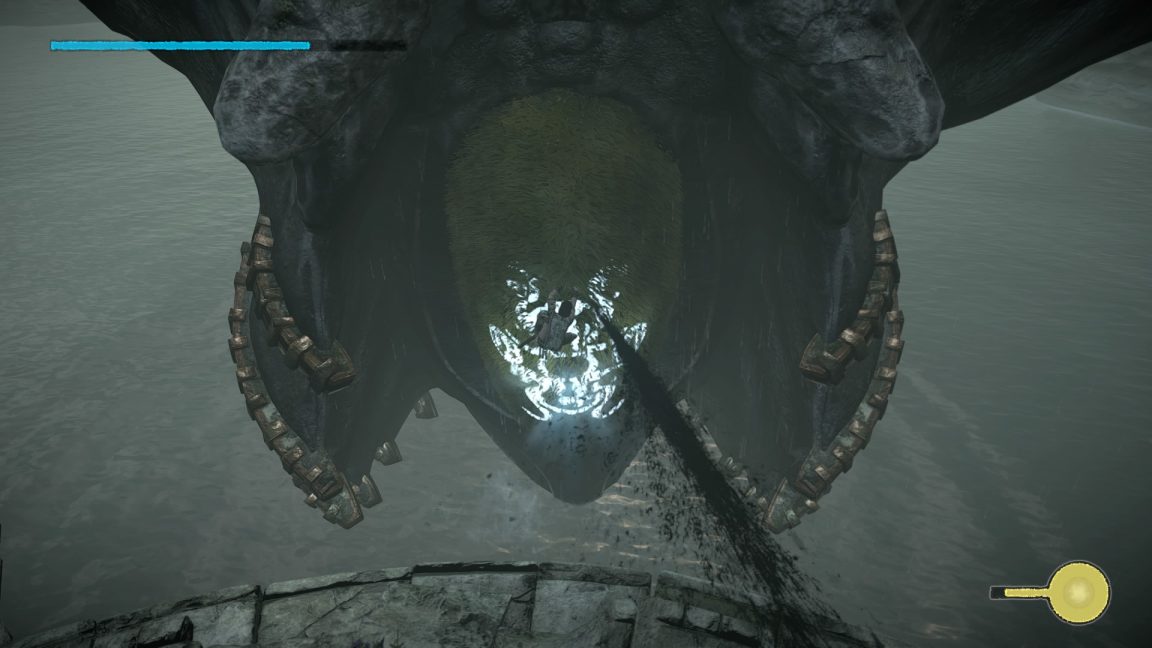 You'll have to do this three or four times to defeat the Colossus. If you use the same raised platform twice it will eventually crumble. Don't worry, just steer it towards another platform. Getting on the Colossus' back can be annoying, but be patient.

Once you've defeated the Colossus you'll unlock the Trophy: Thunder of the Lake and be treated to a cutscene that begins to explain the backstory of why you're here.