The 10th Colossus is fast and deadly so to beat it you'll really need to be quick witted and have a plan in place as soon as it reveals itself.

This Colossus looks like a giant sand worm and it moves with great speed. Time to put your horse riding skills to good use.

Once again, you need to head north of the Shrine you start out and out over the stone bridge.

Where to find Colossus 10: Mystery in the Sand 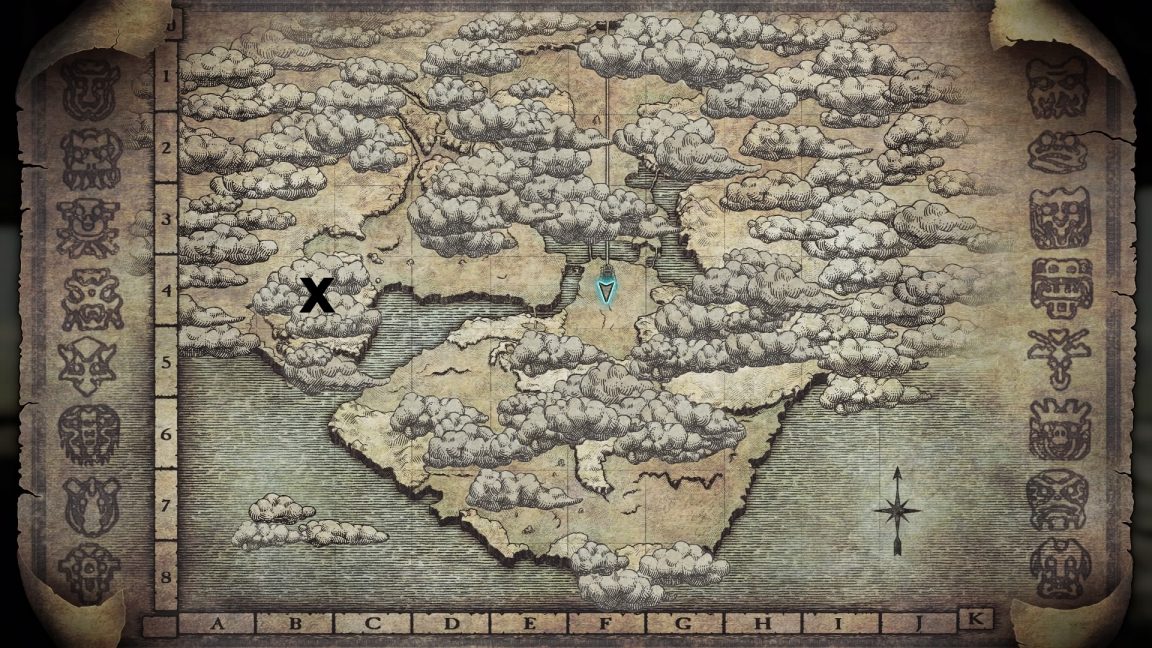 As soon as you're across the bridge, head west. An easy route is to follow the edge of the cliffs (ignore the second rock bridge) all the way until it reaches a valley with orange rocks. 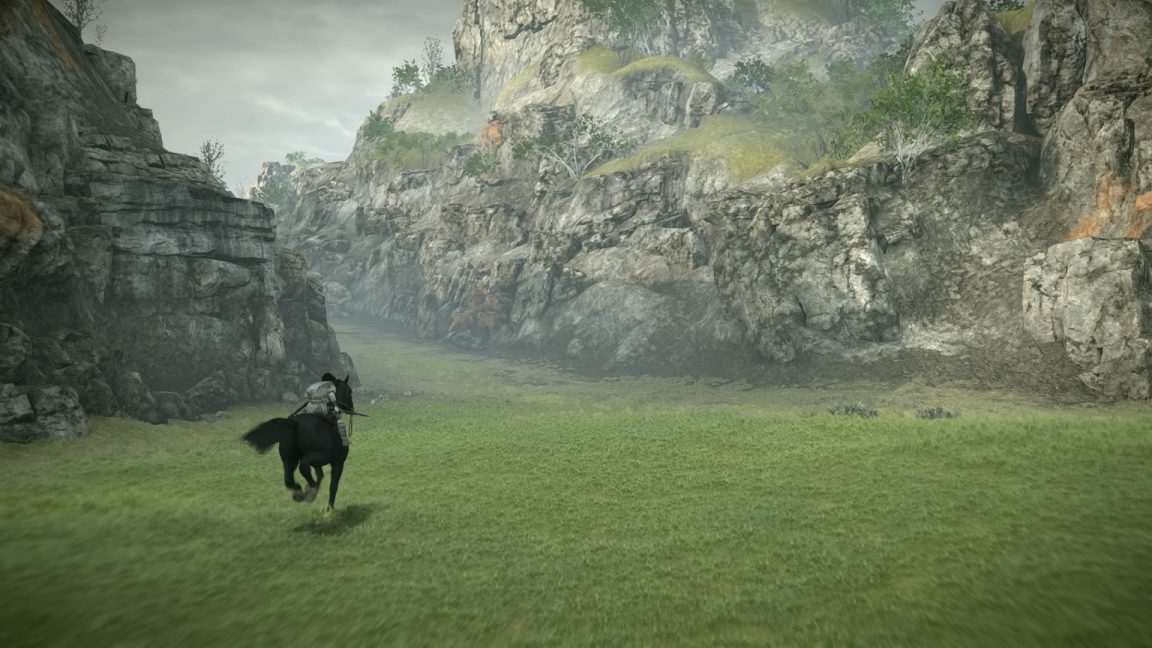 Keep to the left through here and you'll arrive at a small shrine. Save if you need to, then head through the cave entrance that you just can't miss.

Enter the cave staying on your horse, and ride into the center where the light beams through the ceiling. You will meet the tenth Colossus, a giant sand worm. 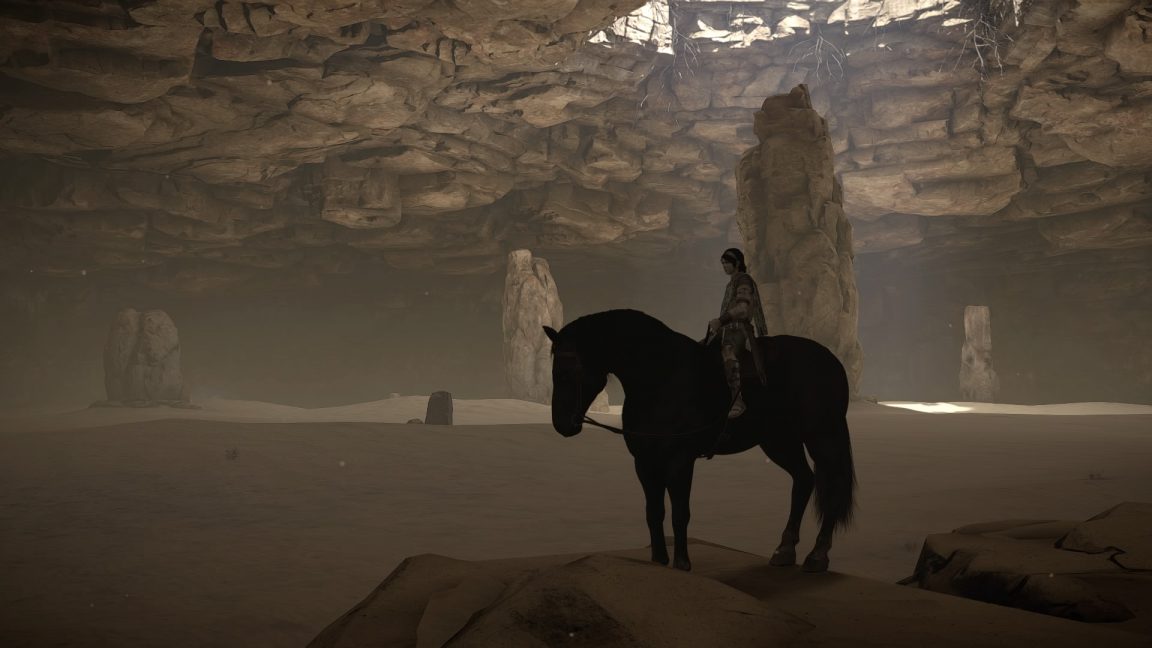 This colossus is deadly, but you can avoid a lot of pain by staying away from it. Stay on your horse until it's wounded, do not step onto the sand. If you get off the horse you'll die, essentially.

Ride around the outskirts of the cave in a big loop. It's plenty big enough. The Colossus will eventually follow you and match your speed. Keep the horse galloping and draw your bow. As the Colossus raises its head you need to shoot an arrow into its eye. It's a fairly big target, but its head moves around a lot. Once you get a hit it will veer off to the wall and smash into it, stunning itself. 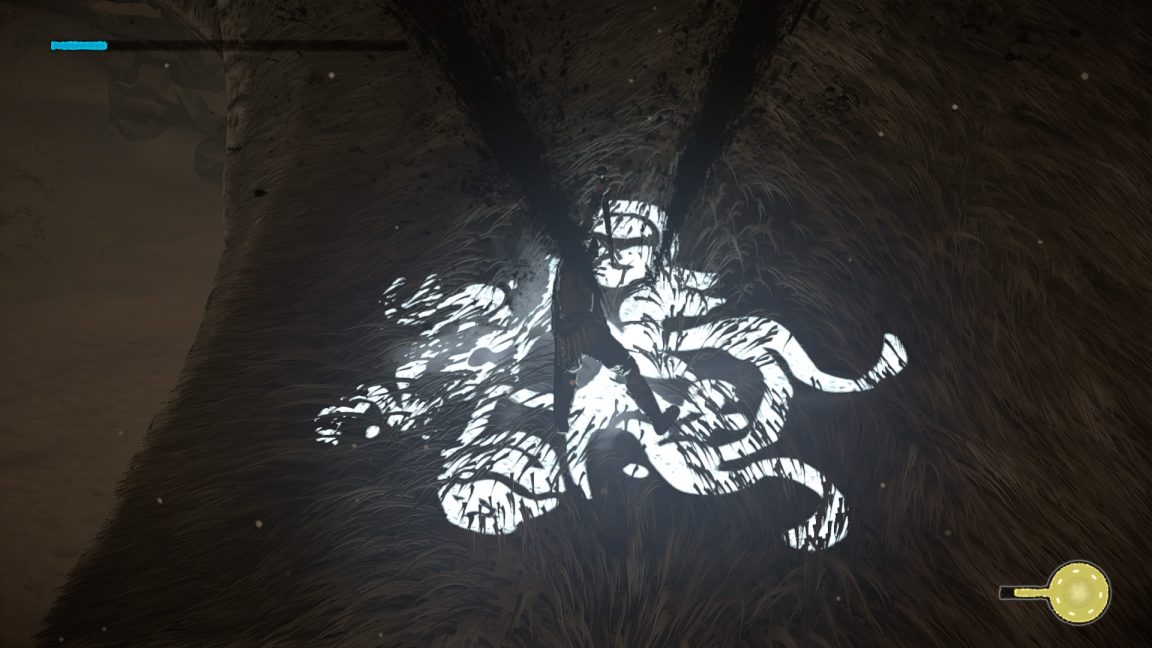 This is your cue to ride up to it, climb on it and attack one of two visible weak spots. Once you've got it down to half health it will flip back up out of the sand. Get back onto your horse as quickly as possible and begin galloping around the cave again. Repeat the same process and you'll defeat the sand worm Colossus and earn the Trophy: Mystery in the Sand.