Shadow of the Colossus has new collectibles - gold coins, also known as enlightenments - but what are they and where do you find them?

As well as a complete visual makeover, the PS4 remake of Shadow of the Colossus brings with it a few new surprises. There are a number of new Trophies to collect, and also a new collectible.

The mystery is that no one yet knows what they do or whether they unlock anything. Theories suggest collecting them all could unlock anything from a new item to a new Colossus, but at this point it's all guess work.

The idea that collecting them all will unlock a new item seem slim as items such as the Whistling Arrow and Parachute are all tied in to the Time Attack trials - quick boss rushes that gift the player with rally useful gear for a second and third playthrough.

A 17th Colossus seems unlikely to, as this remake was not made by the original Team Ico but Bluepoint, the developers who worked on the Shadow of the Colossus PS3 remake. It seems unlikely that Bluepoint would have the authority to add such a large addition to the game which would require entirely new resources, even though they did have some support from Sony Japan.

There are over 70 gold coins or enlightenments hidden across the map, and some are much harder to find than others. Some players, including the team at PS4 Trophies, are suggesting there are as many as 79 in total. This is due to a clue in the end credits of the game, which thanks "Nomad Colossus and the 79 steps to Enlightenment". Will collecting all the coins unlock the Nomad Colossus?

How to find gold coins or enlightenments

So how do you go about finding the gold coins or enlightenments? There's no map assistance for these, like you will get when you unlock the Lizard and Fruit Tree maps via the Time Trials.

You're going to have to do this the old-school way - scouring the map from top to bottom. You do have some assistance though; whenever you are near a gold coin or enlightenment you'll hear a tinkling sound through the controller speaker. This means you're very close. Look for a visual clue - small gold spots rising from the location.

There are coins to be found near all Colossus battles, so that's the first place you should start. Return to the scene of the battle and look for obscure nooks, small islands around water and tall columns or towers.

Also head off the beaten path and leave your horse behind. You can find another one, for example, in the hidden cave in the forest where you'll find The Last Guardian Easter egg. Many are hidden up high and require a lot of climbing. You'll need to have high endurance so it helps that you've completed the game at least once and boosted your stamina by beating all the Colossus.

You won't see the gold coins or enlightenments marked in your inventory but instead they are displayed in the bottom left-hand corner of your map.

Using this map from Reddit user Riku7kun you'll be able to track down at least 57 of the gold coins but remember none of these are in plain site. Once you get to the location you're going to have to really hunt them down. 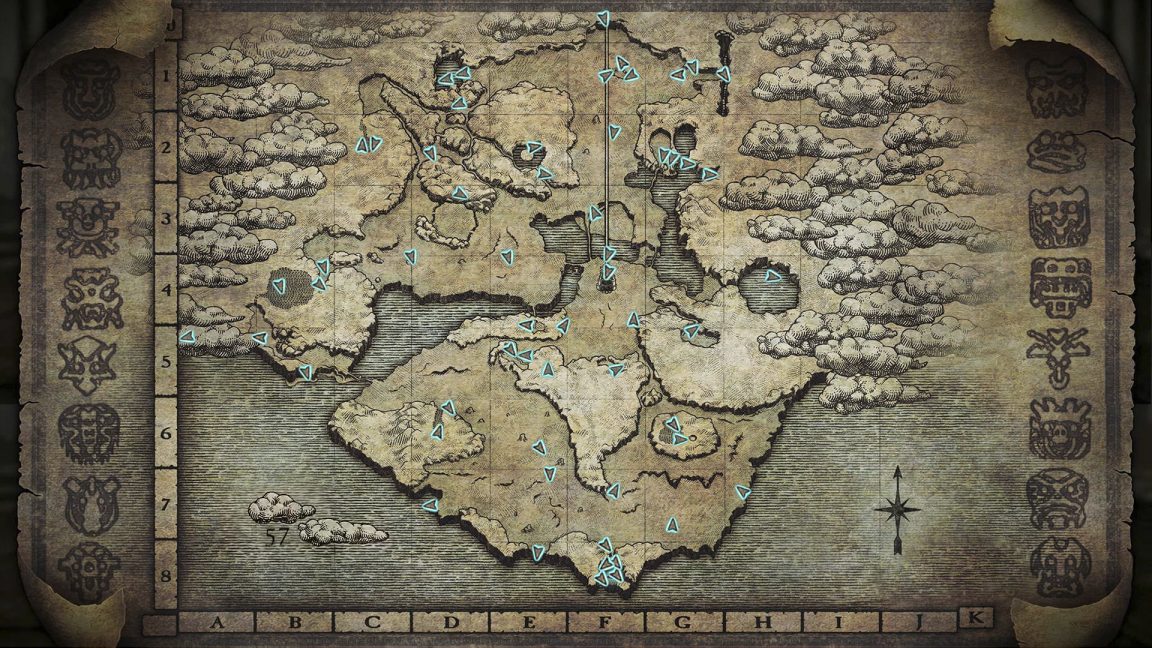 We'll update this page over the coming days with more details and hope to answer the mystery. Good luck!